Target is battening down the hatches on its business as its shoppers become more cautious in their spending due to spiraling inflation for food, gas, and shelter.

The discount retailer — a few weeks removed from seeing its stock plunge 25% amid a surprising earnings miss at the hands of a slowdown in consumer spending — said Tuesday that it’s aiming to cut inventory by offering discounts, canceling orders and taking a harder look at expenses. Target entered the second quarter with inventory up 43%, which the company conceded several weeks ago when it reported first quarter profits was too high relative to consumer demand.

Target’s actions are meant to “right-size its inventory for the balance of the year and create additional flexibility to focus on serving guests in a rapidly changing environment,” the company stated.

‘We also expect inflation and higher costs to be persistent’

The company will also look to push through price increases in certain categories to help offset stubborn inflation in transportation and logistics.

“We actually do see a continued strong sales environment, traffic and the top line continue to be strong,” Target CFO Michael Fiddelke told Yahoo Finance. “But over the past several weeks what we have been able to continue to assess is the broader retail environment — and I think as has been reported pretty widely at this point — the level of inventory in retail is high. And we also expect inflation and higher costs to be persistent.”

Fiddelke was hesitant to say the actions — which are far from the norm for Target in the past five years —were tantamount to the retailer preparing for a recession, stressing that the markdowns will be most acute in discretionary categories such as home goods as consumers curtail some spending.

“It’s really a shift in what’s at the top of the shopping list for the consumer versus what I would characterize as a slowdown,” Fiddelke added. “And so in some categories, it’s certainly a slowdown versus what we expected, but overall traffic and the top line continue to be strong.” 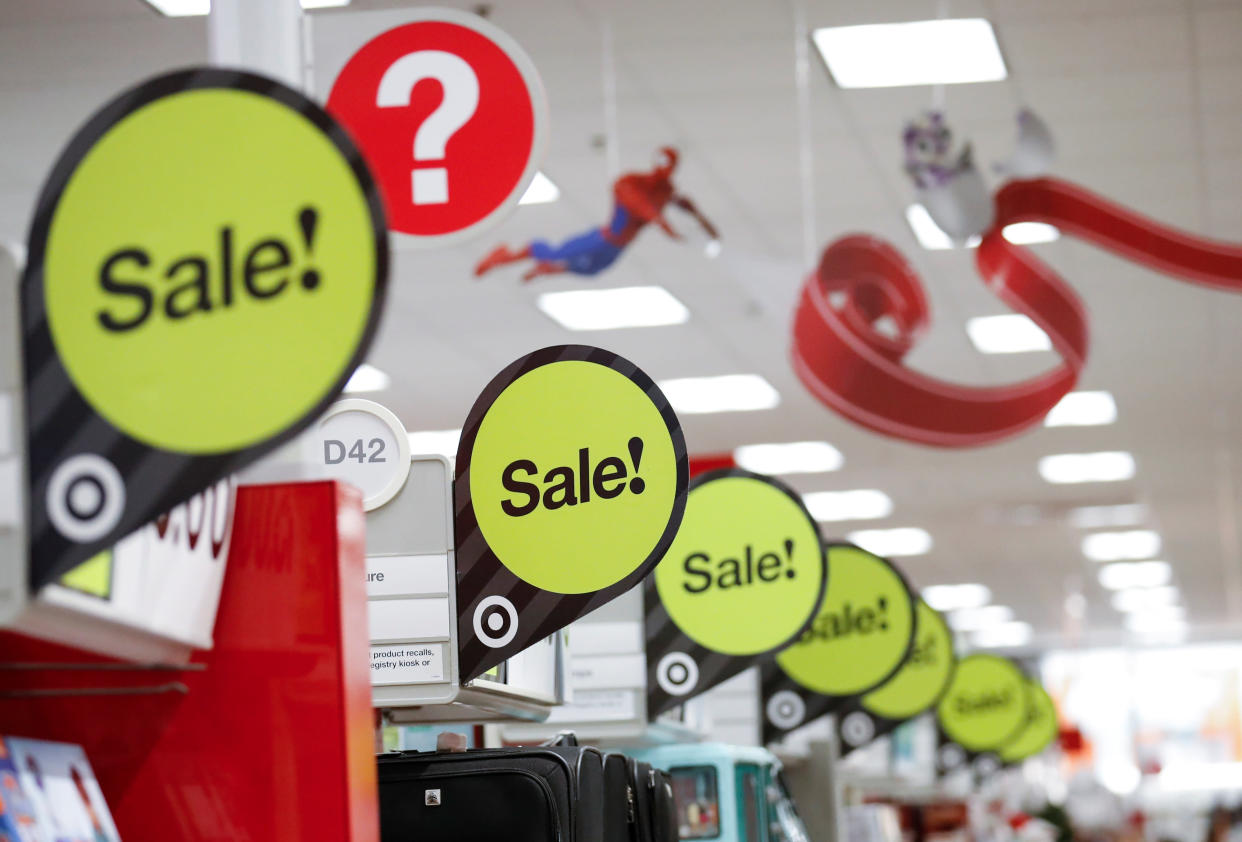 Amid the current economic backdrop, Target’s drastic actions on inventory could have widespread ramifications on retail and investors in the sector.

Walmart could be forced to follow suit and liquidate inventory more aggressively in the second quarter at the expense of margins. Walmart exited the first quarter with its inventory up 30% from the prior year, which it acknowledged was too high when it reported earnings a few weeks ago.

The warning from Target could also lead to further earnings estimate cuts on retailers as industry discounting picks up, inflation remains high, and consumers re-trench. The entire sector has been under pressure since a disappointing retail reporting season in mid-May, and the news out of Target suggests we are in the early innings of sharp consumer spending pullback that retailers weren’t expecting.