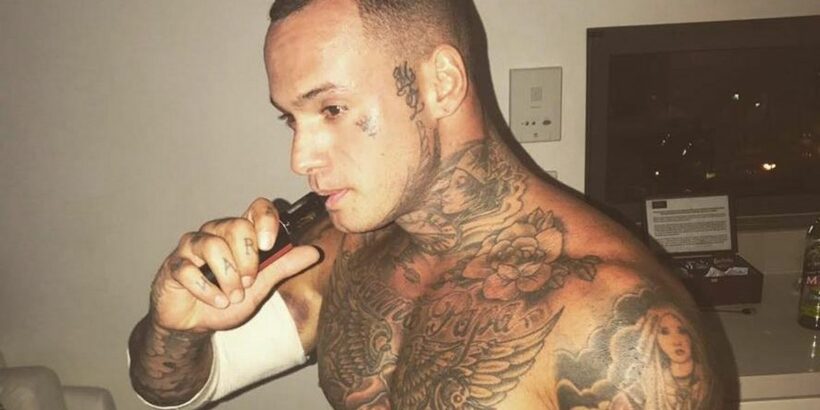 A heavily tattooed tradesman from Australia has been accused of torturing a man with a blow torch after he tried to chat up his girlfriend.

Bowie Sheng Papa allegedly tortured the man in a three-day-long ordeal at his apartment in Surfers Paradise, Queensland, March 8 and 12 this year.

Papa, who is allegedly linked to the Finks bike gang, is accused of holding a blow torch to the man's knees, holding a pillow over his face and forcing him to walk on all fours, reports the MailOnline.

Papa is also accused of trying to coerce the man into handing over several of his cars into his name.

Demi Quadrio, defence solicitor, argued that her client hadn't actually held a blow torch to the man's knees, because 'photos of the injuries weren't consistent with the claim'.

She said: "I would expect to see significant burns on the knees," according to the Gold Coast Bulletin.

Quadrio also said the alleged victim had made Papa dinner over the three days, referencing 'inconsistencies' in his original statement.

She added: "It seems baffling to me that the complainant would make my client dinner when it is alleged my client has been assaulting him over a number of days. It seems strange behaviour."

Papa, who has been in custody since March, was granted bail with several conditions by magistrate Kerry Magee.

Magee described the charges as 'extremely serious' and said that the alleged victim's first statement was 'inconsistent with the CCTV footage which resulted in him significantly amending the factual sequence and factual scenario'.

The case is set to return to court on 29 June.

Papa will be required to report to police every single day, as well as abide by a curfew and is forbidden from having any contact with the alleged victim.