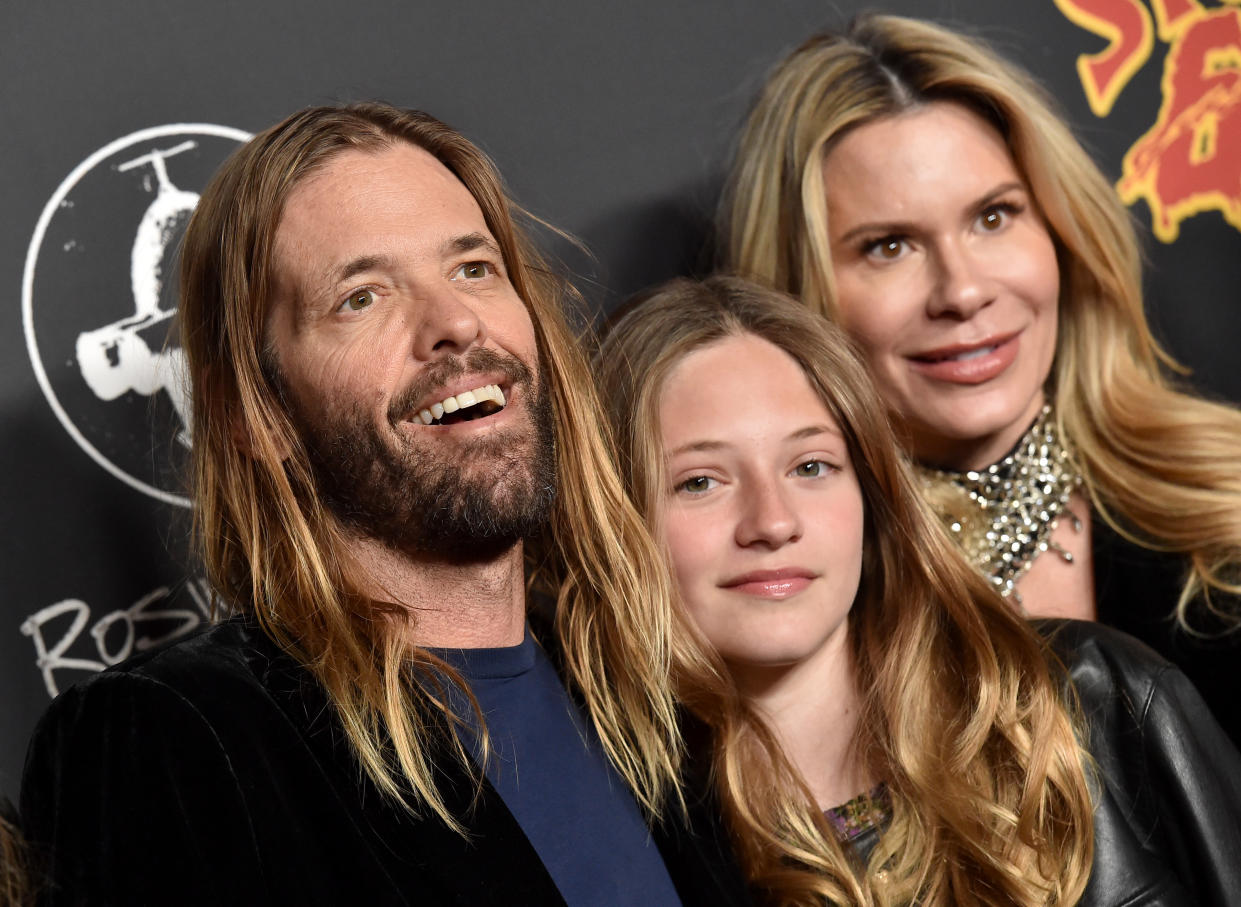 Taylor Hawkins’s wife, Alison, thanked fans on Wednesday for helping her family during “this time of unimaginable grief.” Alison’s statement, her first since the Foo Fighters drummer was found dead on March 25, coincides with the band’s announcement of two upcoming tribute concerts.

“My deepest thanks and admiration go out to the global Foo Fighters community and Taylor’s fans far and wide for the outpouring of love each and every one of you have shown our beloved Taylor. Your kindness has been an invaluable comfort my family and me during this time of unimaginable grief,” she writes.

Alison married the rocker in 2005 and they share three children.

“As Taylor’s wife, and on behalf of our children, I want to share how much you meant to him and how dedicated he was to ‘knocking your socks off’ during every performance. Taylor was honored to be a part of the Foo Fighters and valued his dream role in the band every minute of his 25 years with them. We considered every band member and the extended Foo Fighters team our family,” she continued.

“Taylor’s endearing spirit and deep love of music will live on forever through the collaborations he so enjoyed having with other musicians and the catalog of songs he contributed to and created,” Alison added, encouraging those “who loved him most to honor Taylor’s legacy and the music he gave us.”

“Thank you all again for your love and sympathy. Taylor loved all of you & we love you too,” she concluded.

A Message from The Hawkins Family pic.twitter.com/mOOI9PXtJD

On Wednesday, the Foo Fighters announced a pair of concerts in Taylor’s memory: one at London’s Wembley Stadium on Sept. 3 and second at the Kia Forum in Los Angeles on Sept. 27.

“Dave Grohl, Nate Mendel, Chris Shiflett, Pat Smear and Rami Jaffee will come together with the Hawkins family to celebrate the life, music and love of their husband, father, brother and bandmate with The Taylor Hawkins Tribute Concerts,” the band said in a statement.

The Foo Fighters were on tour in South America when the charismatic drummer was found dead in his Bogotá, Colombia hotel room. He was 50. The last show they played together was at Lollapalooza Argentina on March 20. Days after Taylor passed away, the band canceled all upcoming dates indefinitely “in light of the staggering loss of our brother.”

For our dear friend, our badass bandmate, our beloved brother…Foo Fighters and The Hawkins family bring you the Taylor Hawkins Tribute Concerts. https://t.co/8gNTw2uxWlpic.twitter.com/N8mDZgJ2kk

Last month, a bombshell Rolling Stone report claimed Hawkins was pushed to the brink of exhaustion before his sudden death. It cited sources who alleged the beloved drummer was considering scaling back his duties with the Foo Fighters or even quitting altogether. The report sent shockwaves through the music community with Taylor’s friends condemning the story. Some big names who participated, like Pearl Jam drummer Matt Cameron and Red Hot Chili Peppers drummer Chad Smith, claimed they were misled by the publication when they spoke on the record. The band’s publicist denied the allegations to the magazine.

Taylor’s official cause of death has not been released and an investigation is ongoing. He complained of chest pains prior to his death, according to Colombian authorities. A toxicology report indicated 10 substances were in his system, including antidepressants, benzodiazepines and opioids.

MORE: Friends of Foo Fighters’ Taylor Hawkins blast Rolling Stone for “out of context” quotes about the drummer’s final days