A high school teacher banged his student’s head against the classroom floor after the teenage boy attacked him because he was told not to use his cellphone during class.

Cellphone video showed the moment the teacher at the ‘El Nigromante’ Preparatory slammed his student’s head into the floor in front of the classroom in Mexico’s central state of Guanajuato.

The Public Education Secretary of Guanajuato suspended the teacher from the school and disqualified him from teaching at any other educational institution, according to ADN 40.

The Public Education Secretary’s office withheld the names of the student and the teacher. DailyMail contacted the school for comment. 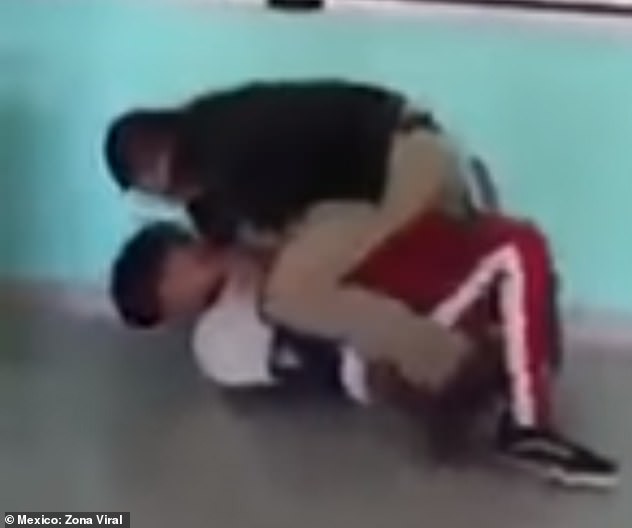 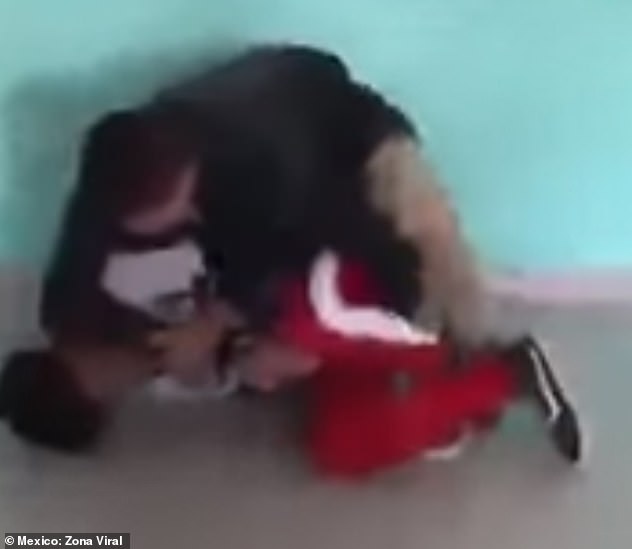 The school principal confirmed to Mexican news outlet AM that the unidentified student was the instigator of the shocking event.

The 21 second audio-less video captures the teacher using his right elbow to forcefully deliver three blows to the side of the students face as the pair tussled on the floor.

ADN 40 reported that the teacher repeatedly asked the distracted student to place his cellphone away but the young boy declined.

The student, who according to classmates had been reprimanded by his educator for his disruptive behavior, then insulted the teacher and attacked him. 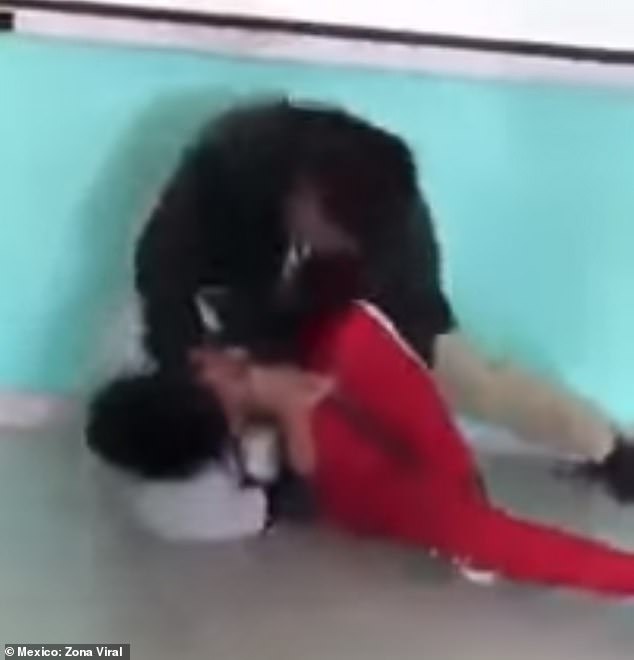 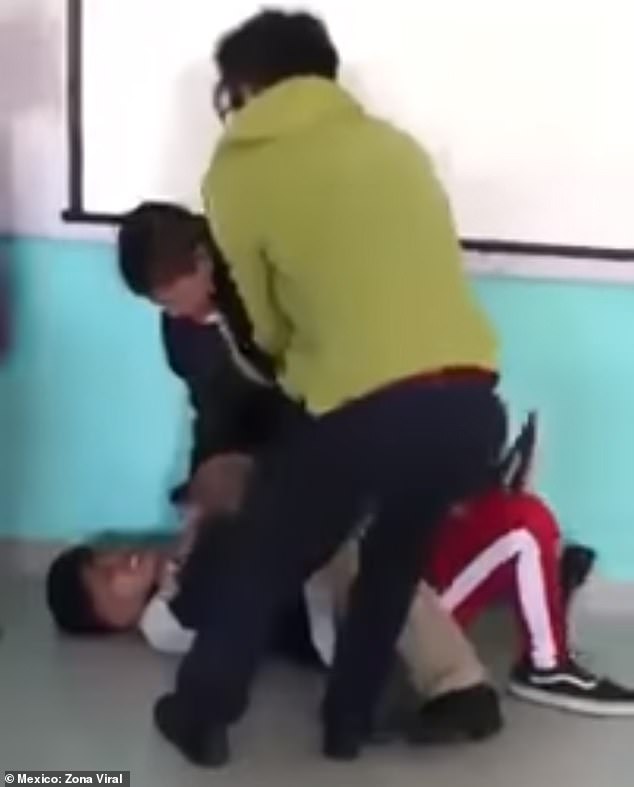 The teacher fought back, and slammed the teen’s head into the floor.

A pupil is seen in the video pulling the teacher off his classmate to deescalate the situation.

The administrator also added that the video that quickly made its rounds through social media networks was not in its entirety. 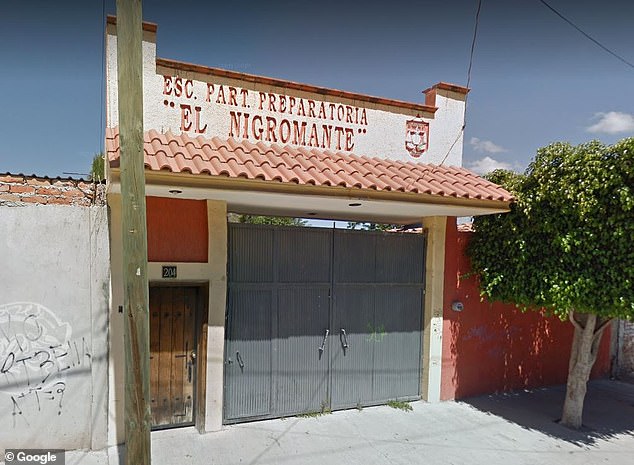