‘Creepy’ IT teacher ‘shone laser pen at pupil’s genitals, grabbed schoolgirls’ breasts and told others “I love you”‘ 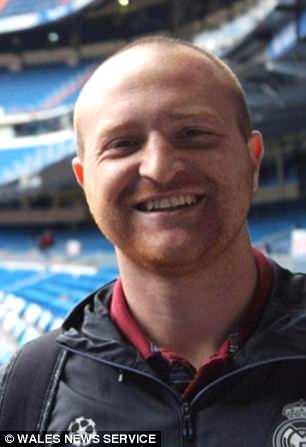 A high school teacher shone a laser pen at pupils’ private parts and encouraged other children to slap them, a misconduct panel heard.

Martin Williams, 29, is accused of pointing the pen at children’s genitals and backsides while working at the Olchfa Comprehensive in Swansea.

ICT teacher Williams, is also alleged to have touched three girls and one boy ‘inappropriately’ and told them: ‘I love you.’

Assistant head teacher Julian Kennedy said one girl nicknamed Williams ‘the creepy IT teacher’ when she complained he ran his fingers through her hair during a lesson.

Mr Kennedy said: ‘Williams admitted this but said he was unaware this was making pupils feel uncomfortable.

The Education Workforce Council hearing was told the girl’s complaint was made a year before other students alleged Williams had ‘mistreated’ them in class.

One boy said Williams flicked his ear, poked him with a ruler, and slapped him in the face leaving a mark, the panel heard. 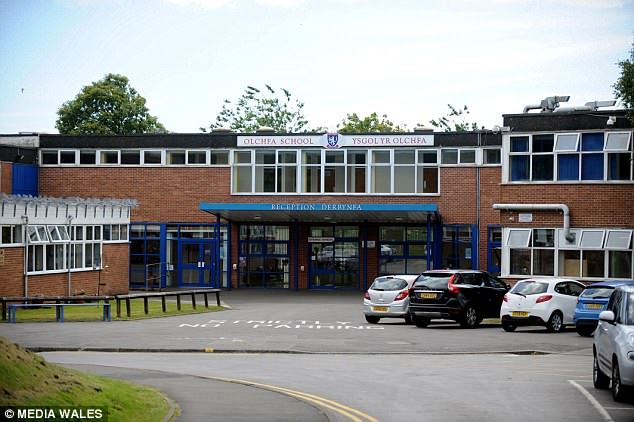 Mr Kennedy said: ‘The boy stated Williams made him feel uncomfortable and had hit him so hard across the face it left a mark. He said he had shone a laser pen on his genitals.

‘Another pupil said Williams had physical contact with pupils, tickling and touching them.

‘Pupils alleged he had grabbed them “by the boob”, to use the terminology used in their statements. Another said he used the laser pen on her and encourage pupils to hit it.’

Fellow teacher Leah Slowinsky said the allegations emerged while she was teaching a lesson about the Holocaust.

She said: ‘We were talking about the treatment of World War II concentration camp victims. For them to relate that back to a teacher was quite out of the blue.

‘One girl said he did not treat pupils with respect. She said he made pupils feel uncomfortable.

‘About 75 per cent of the class were in agreement about the concerns. Three girls later said Williams touching them made them feel uncomfortable. There was a reference to hugging or being close to them.’ 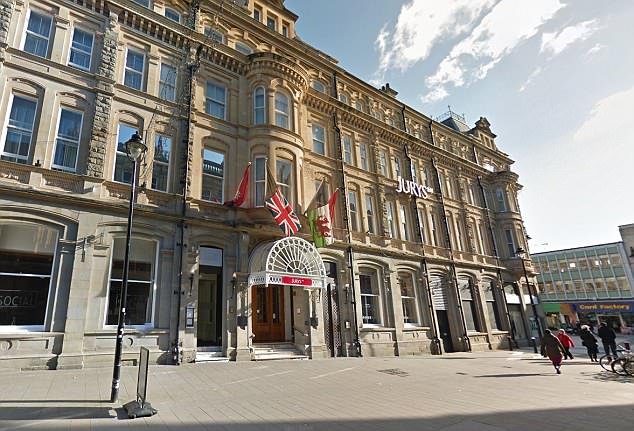 The three girls and one boy were then asked to write down the allegations against Williams and an internal investigation was launched in April 2016.

Williams was then suspended from his job at the 1,700-pupil school.

The disciplinary hearing was told that, during his suspension, further concerns were raised about his teaching, and in particular the way he had marked coursework for his year 11, 12, and 13 pupils.

The hearing was told grades Mr Williams gave to pupils were ‘inaccurate’, with the teacher telling his line manager the grades would have been achieved had he not been suspended two weeks before the end of term.

Williams, from Llanelli, south Wales, denies touching the pupils’ chests or tickling them, or that his actions were sexually motivated.

He accepts telling pupils ‘I love you’ and touching three girl pupils on the waist.

He also admits hitting the boy pupil and poking him with a ruler, and uploading coursework marks which were not accurate.

He denies flashing a laser pen on a body of a girl and boy.

The fitness to practice hearing, held in Cardiff, must decide whether Williams can continue working as a teacher.

The hearing – which is due to last three days – continues.