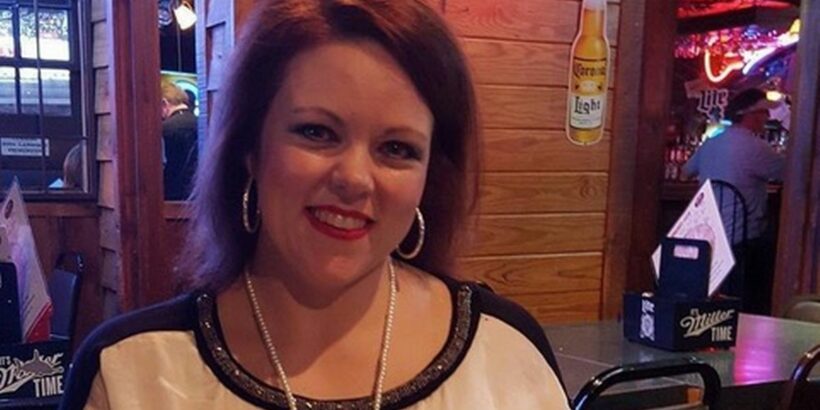 A teacher who cheated on her husband by making videos of herself having sex with a pupil has been jailed.

Amber Turnage was reported to police by several of her students after footage was posted online of her having intercourse and oral sex with the 17-year-old student.

Turnage, 43, was jailed for 15 years (April 8) after she was found guilty of two sexual assault charges in Jackson, Mississippi, last month.

The biology tutor will spend 10 years behind bars with five years suspended and must also register as a sex offender.

The twisted teacher persuaded the teen to have sex with her by offering him "love-making lessons" for several months in 2017.

The sexual abuse reportedly took place at a hotel, at the boy’s house, his cousin’s home and Turnage’s car – at least once while parked at school.

The scandal surfaced after the youngster’s dad said he found videos of the two while going through his son’s mobile phone after getting suspicious of his behaviour.

The teenager's lawyer Warren Martin said at the time there were “multiple videos that showed explicit, graphic interaction between this teacher and my client, a 17-year-old child.”

Martin claime that Turnage preyed on the youngster intent on having an inappropriate sexual relationship.

She reportedly gave him credit cards and even tried to buy his silence with cash to stop him from blabbing about their relationship.

"My client was entrapped by a sexual scam," said Mr. Martin.

"This teacher saw him, preyed upon him and when she realised he was close to revealing her criminality, she sought efforts to conceal it by offering my client cash payments."

Turnage claimed she was controlled by the student.

Mr. Martin said after her conviction: “Despite having taken nearly four years to present this case, my clients are pleased the jury found Amber Turnage guilty of two counts of sexual battery against a minor.

“The conviction reaffirms the notion that child predators deserve the shock and outrage which accompany their despicable acts and in a civilised society.

“These acts must always be met with the severest punishment.”

He added: “Going forward, my clients ask for privacy as they continue to heal from these permanent, traumatic experiences.”

Dad of five Keith said after her arrest he was “nearly divorced and not sure what is next.”

Turnage was fired from Provine High School after working there for nearly two years.

The student told the court they developed a relationship after meeting her after school one day.

She gave him gift cards and money and they would go to different motels in Jackson.

Turnage said she was trying to help the teen improve his grades but he became aggressive and started making financial and sexual demands.

She claimed he never took no for an answer and "did whatever he asked to survive".