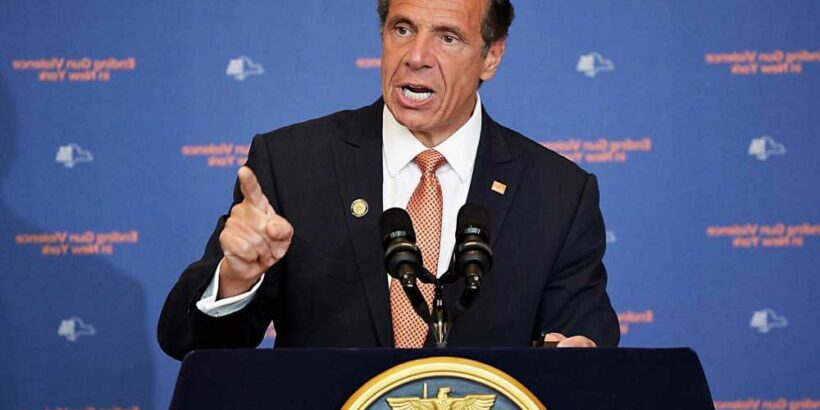 Gov. Cuomo raked in nearly $230,000 in campaign cash from donors tied to a medical network that got $62 million worth of emergency state contracts amid the COVID-19 pandemic, The Post has learned.

The contributions from executives and doctors affiliated with Somos Healthcare Providers amounted to about 10 percent of the $2.3 million that Cuomo raised during the past six months, according to state Board of Elections records.

Although New York City limits candidates from receiving more than $400 each from anyone doing business with City Hall, there’s no such restriction on state candidates.

John Kaehny, head of the good-government group Reinvent Albany said the money given to Cuomo “looks like pay to play.”

“It’s crazy that this is allowed,” he said.

“We’ve been pushing for a ban on state vendors contributing to campaigns.”

The nonprofit Somos network is made up of around 2,500 doctors who primarily treat patients whose bills are paid by the state’s $75 billion Medicaid program, which is among the nation’s costliest and most generous in terms of benefits.

During the pandemic, Somos scored five emergency contracts to administer coronavirus tests and provide vaccinations at various pop-up locations and public housing projects, according to the state comptroller’s website.

Cuomo’s 12 Somos-related supporters — who gave a combined $229,500 — made some of the biggest contributions to his campaign, with about half coming just days before the latest, July 11 cutoff date.

But total donations to Cuomo declined more than 40 percent compared to the previous six-month period, amid a series of scandals that include sexual harassment allegations by several current and former female aides.

Cuomo’s donors with ties to Somos include Henry Munoz, a Somos co-founder and former finance chairman of the Democratic National Committee, who gave $25,000.

Physicians who are part of the Somos network also made hefty contributions, including Dr. Candido Norberto, who gave $40,000; Dr. Juan Tapia Mendoza, who gave $35,000; and Dr. Emilio Villegas, who gave $25,000.

Cuomo’s campaign described the Somos donors as “longtime supporters going back at least half a decade” and Cuomo spokesman Rich Azzopardi said that “anyone seeking to ascribe nefarious motives to this is barking up the wrong tree.”

Somos spokesman Jack Sterne — who formerly worked for Cuomo — also said that “most of the work of our doctors network has been as volunteers,” adding: “At this point, we’ve donated significantly more money testing, feeding and vaccinating New Yorkers than we will likely receive.”