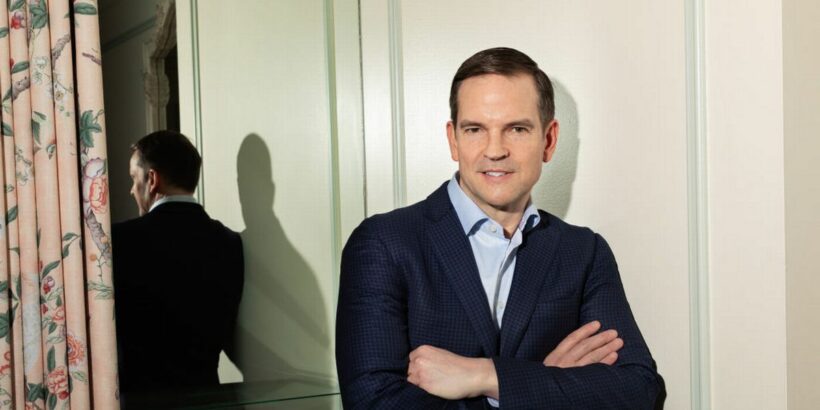 A billionaire has allegedly kept a spreadsheet that lists the thousands of women with who he has had sexual encounters, despite previously being accused of sexual abuse.

Michael Goguen, 57, has been sued by four of his former employees who have spoken out after reportedly helping him control his "harem" of women.

The 135-page lawsuit has accused the investor of owning a number of luxurious "safe houses" where he allegedly takes dozens of young women to have sex.

His former employees claim that he even has a "boom boom" room in the basement of his bar which features a stripper pole – where he now lives in Whitefish, Montana.

One ex-employee called Matthew Marshall claimed that he was asked to organise a hit on the billionaire's former friend Bryan Nash who knew too much about his personal life, according to the lawsuit.

But these allegations aren't the first time the billionaire has been accused of sexual misconduct after his former girlfriend Amber Baptiste, an exotic dancer, accused him of "constant sexual abuse" in 2016.

The latest lawsuit was filed by former employees of security contractor Goguen’s Amyntor Group LLC, in February this year, according to New York Post.

It details how the married billionaire made his employees help protect his affairs which can be found through several guilty pleas by his ex-workers and associates who threatened to speak out about the alleged operation.

The lead plaintiff in the civil suit is Marshall, who is the former head of Amyntor, and was hired by Goguen in 2013, to set up the private security contracting business.

He claims that he reluctantly helped purchase the luxury homes and expenses in exchange for women "to strip and have sex with him [Goguen] or to maintain their silence as participants in Goguen’s sexual misconduct," the court papers read.

One woman identified in the court papers was named Pam Doe, who told police that the tech boss had sexually assaulted her after giving her cocaine and alcohol before handing her $1,200.

She later recanted her allegations after signing a non-disclosure and non-disparagement agreement.

As for Baptiste, Goguen's ex-girlfriend, it was alleged that the billionaire had asked Marshall for help with "cyber operations" and "immigration fraud", to help find a way to deport her in the lead up to her 2016 lawsuit.

"Goguen… falsely told the FBI that Marshall did not have the requisite experience, had stolen and then laundered funds from Goguen and testified in other ways meant to obstruct law enforcement’s discovery of Goguen’s sexual misconduct and the existence of the Goguen Sexual Scheme," court papers stated.

It was reported that Marshall pleaded guilty to wire fraud, money laundering and tax evasion but denied that the money which Goguen forwarded to him was used for paramilitary missions to Mexico "or anywhere else".

Marshall agreed to pay up to $3.5 million in restitution and his sentence is set to be scheduled next year.

To stay up to date with all the latest news, make sure you sign up for one of our newslettershere.