Padraig Hagans, 18, was attacked after falling asleep on a night out in Belfast. 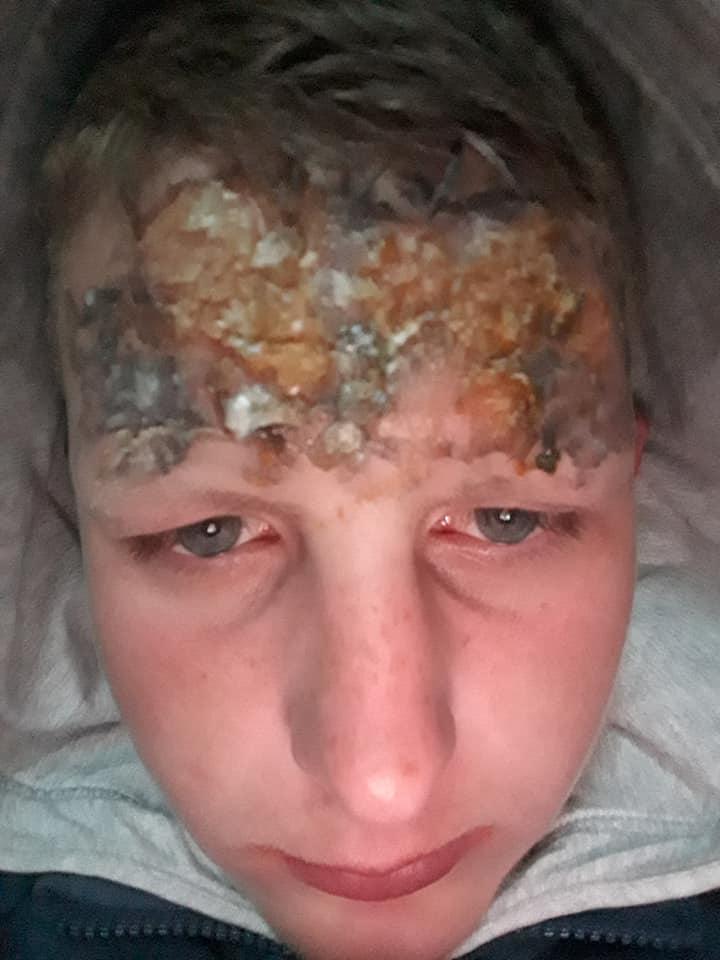 He claims he woke to find his forehead had been set on fire by twisted pals.

Padraig was left with such severe burns that he could be left permanently disfigured.

Police yesterday confirmed an 18-year-old man had been arrested and released on bail pending further investigation.

Mum Mary posted photos of her son's injuries online on Monday and said he was still badly shaken. 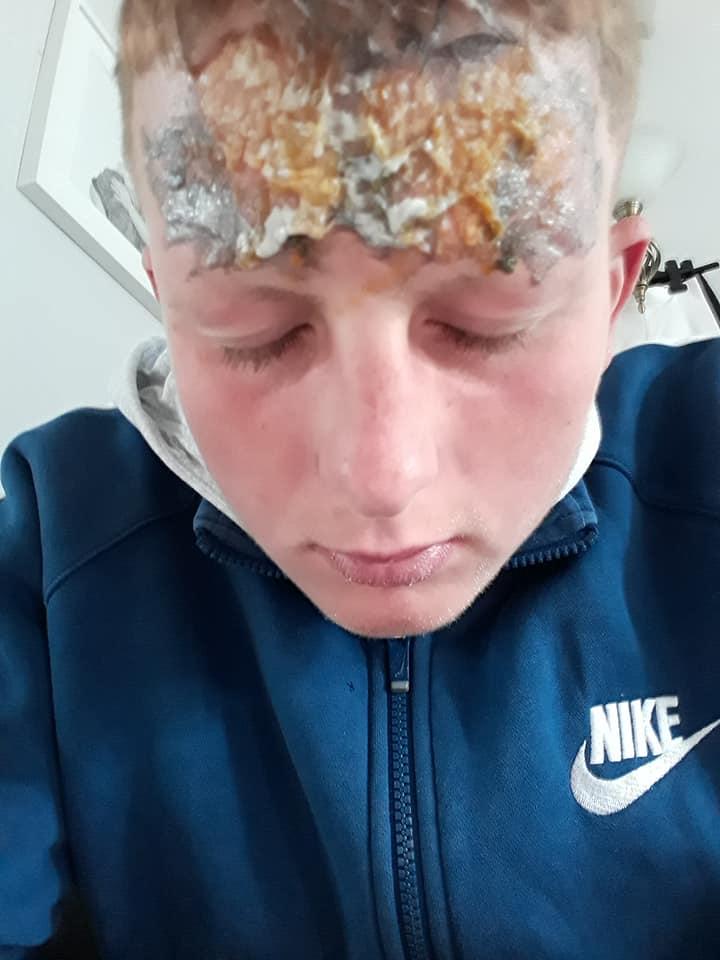 Padraig had been out with friends on Saturday night before heading to an after-party where he fell asleep in a bedroom.

He later woke to "the feeling of water running down his face", BelfastLive reported.

The lighter fuel was then set on fire, engulfing his forehead in flames.

Padraig was expected to see plastic surgeons at the Ulster Hospital in Dundonald, East Belfast today.

Mum-of-four Ms Hagans told the Irish News: "I feel really, really annoyed that someone would do this to him. I just can't describe it. It's a terrible shock to me and my son.

"All he has done is cry. He is so heartbroken. He could have died and they stood and laughed.

"The doctors said it looks as if there is going to be a lot of scarring.

"He is still very, very shaken up. I think he is actually in shock. His whole body is shaking from head to toe. He can't sleep with the pain. It is horrific."

A spokesman for the Police Service of Northern Ireland said: "A man has been questioned on suspicion of grievous bodily harm following an incident in west Belfast at the weekend.

"An 18 year old man sustained burns to his face and scalp after lighter fluid was poured on his head and set alight at a property in Springfield Park during the early hours of Sunday morning, May 20.

"The male sought hospital treatment for his injuries and reported the matter to police on Monday 21 May.

"An 18 year old suspect was arrested yesterday afternoon and has since been released on bail pending further police enquiries."