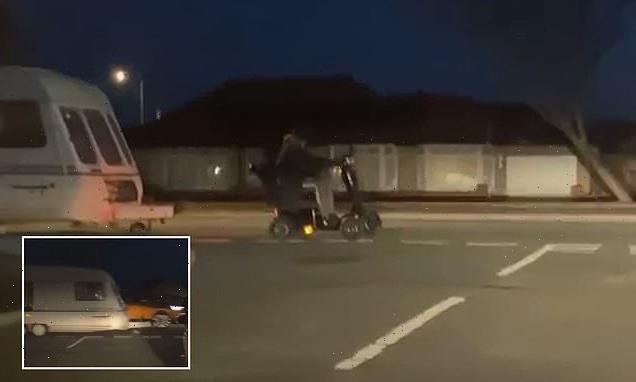 ‘There’s no way!’ Moment teenager on a mobility scooter is spotted towing a CARAVAN down a street in Wales

This is the moment a teenager on a mobility scooter was spotted pulling a caravan down a road.

Casey Hulme, 24, said she ‘cried with laughter’ when she spotted the mystery mobility scooter driver in Rhyl, Denbighshire, north Wales, on Friday night.

She said she was minutes from her home in Prestatyn when she saw the boy in his ‘late teens’ casually cruise across a junction towing his sizeable load. 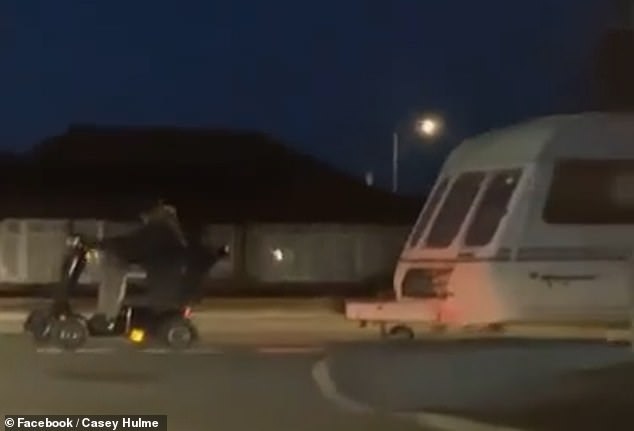 A youth in his ‘late teens’ was spotted using a mobility scooter to tow a caravan down a road in Rhyl, Denbighshire, north Wales 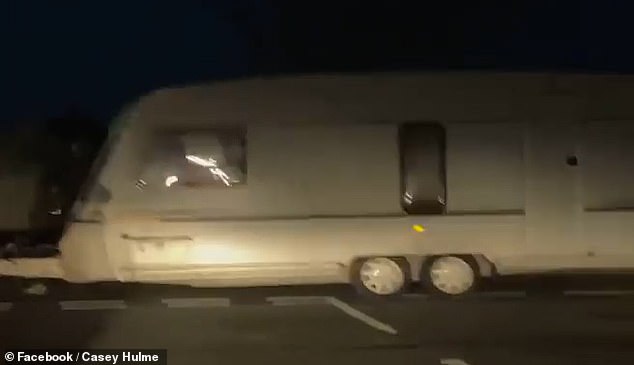 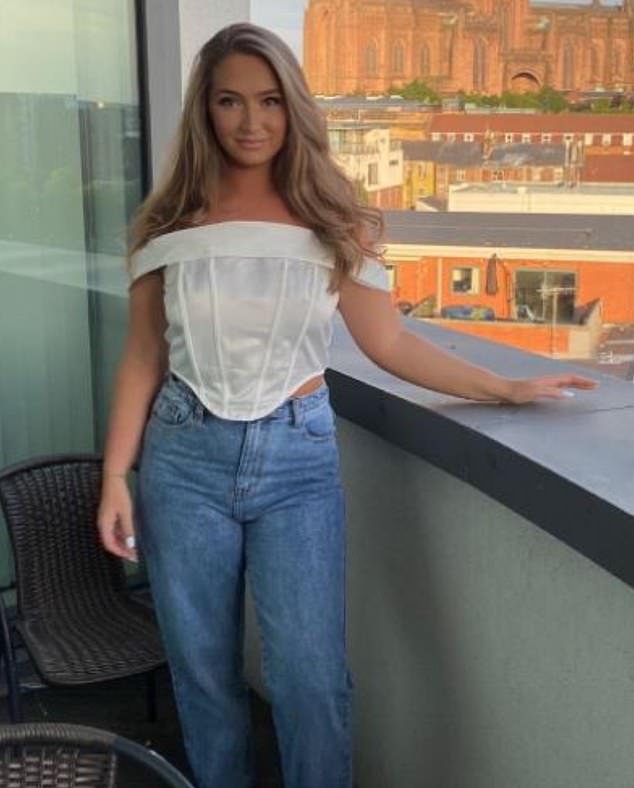 Casey Hulme, 24, (pictured) burst out laughing when she spotted the mystery mobility scooter driver on March 18

Footage shows the electric mobility scooter with a single rope attached to the back and fastened to the caravan’s tow bar.

Another person’s feet can be glimpsed underneath the caravan, walking slowly along the road on the other side of it.

The slow-moving scooter and its load stay close to the side of the street as other traffic overtakes it.

A bewildered Casey can be heard in the video laughing as she says: ‘There’s no way!’

She told MailOnline: ‘I was on my way home with my friend and I saw the boy on the mobility scooter trying to pull out of a junction.

‘My friend said, “Why is he trying to pull a caravan with that,” and that’s when I noticed the caravan.

‘I turned the car around and we parked on a street off the main road the guy was going down with the caravan and watched them go past.

‘I think my reaction on the video speaks for itself. We were crying with laughter.’

She added the youth was in his ‘late teens’.

She posted the video onto Facebook later that evening, writing: ‘I can’t believe what I’ve just witnessed. Only in Rhyl.’ 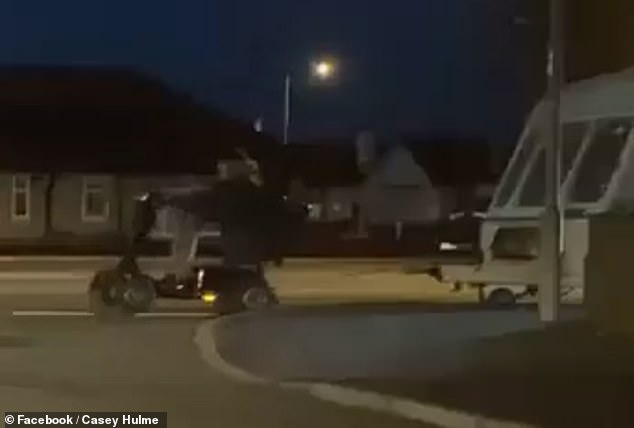 The fastest a mobility scooter is allowed to travel on British roads is 8mph, if it is a Class 3 invalid carriage 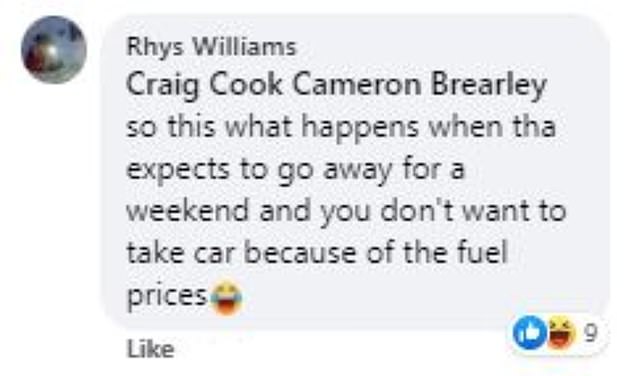 Social media users were bemused as to how the teenager would stop without the caravan running him over from behind. One suggested he had opted for a mobility scooter to dodge high fuel prices

Thousands of amused viewers left comments on the clip. Rhys Williams said: ‘This is what happens when you go away for a weekend and you don’t want to take the car because of the fuel prices.’

Sarah Kate said: ‘I really need to know how this ended. I mean he’s gonna stop – but that caravan ain’t.’

Kevin Saxon said: ‘You couldn’t make this up.’

Sue Hughes said: ‘I love being from Rhyl, there is never a dull moment.’

Joe A Hildebrandt said: ‘I wonder how long it took them to get to Blackpool.’

It’s not the first time a mobility scooter has been filmed moving an unusual load.

Tyrone Mullan, 32, spotted a mobility scooter user pootling along a road with three wooden panels crammed into the back of the buggy.

His footage shows a man driving on main roads in Bristol with the three 6ft by 6ft fence panels strapped to the chair of the mobility scooter in May 2020. 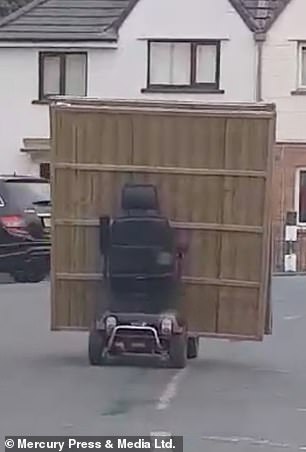 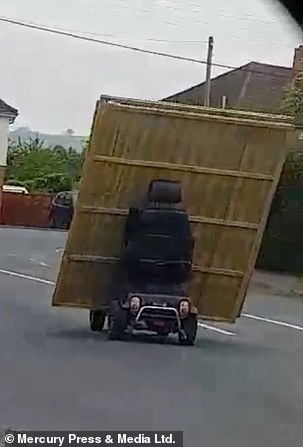 Mobility scooters can travel up to 8mph on British roads in certain conditions.

The Gov.uk website states: ‘You do not need a licence to drive a mobility scooter or powered wheelchair, but you may have to register it. Only certain types can be driven on the road.’

Class 2 invalid carriages are not for road use there is unless no pavement. They have a 4mph maximum speed limit and do not need to be registered.

Meanwhile, Class 3 invalid carriages are allowed on the road with maximum speed of 8mph, or 4mph when off-road.