Alma Ponce, 18, felt her skin "bubbling and melting" after the corrosive liquid was thrown at her during a midnight ambush outside her home in Dallas, Texas. 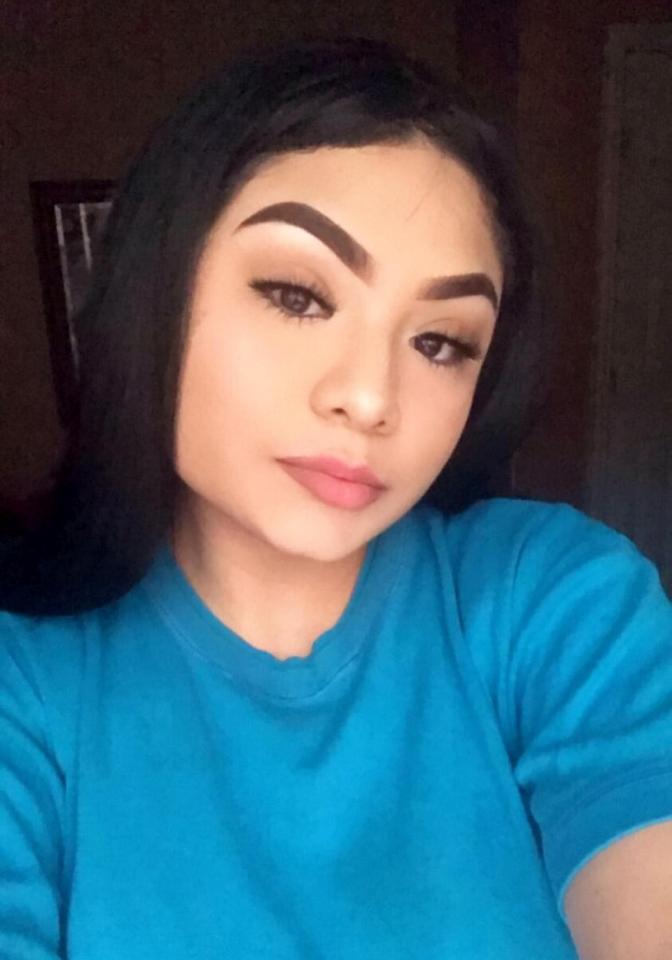 The thug had unscrewed a lightbulb on her porch and waited in darkness until she returned from work with her mum Patricia Ponce, 45, and eight-year-old brother Luis Ruiz.

He hurled a cup of acid at her before fleeing the scene, leaving Alma to throw herself into a children's pool in her garden to relieve the agony.

She was rushed to hospital with second degree burns on her face, neck and chest and went on to undergo a series of skin grafts but remains permanently scarred.

Her mum later found graffiti daubed on the side of the family home which read: "N***** loving w***e". 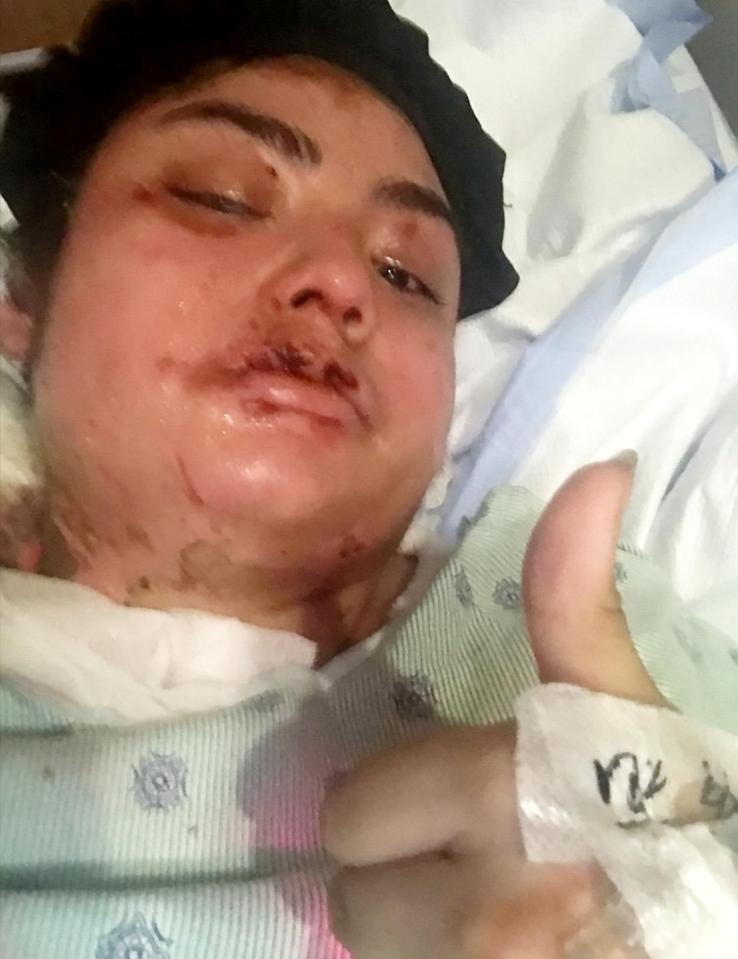 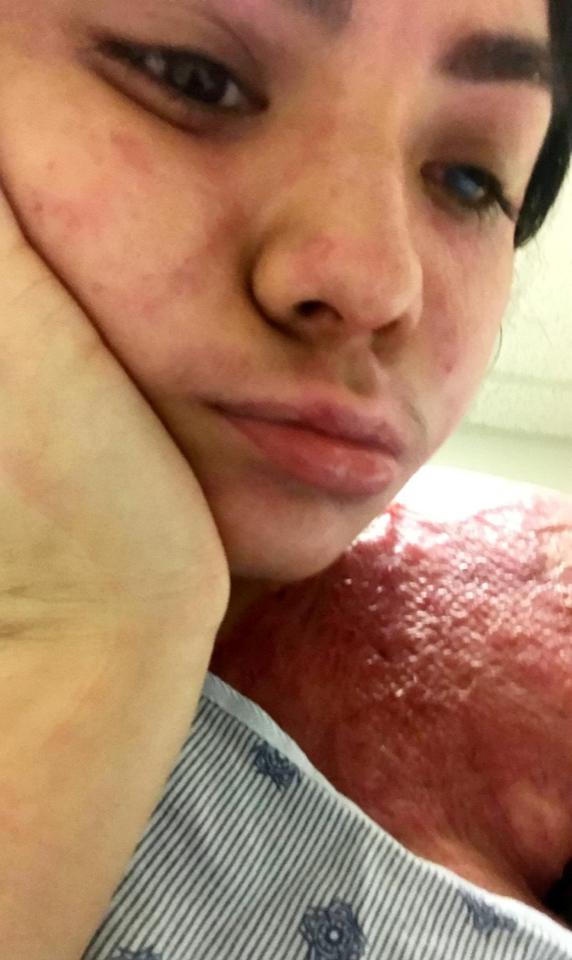 The slur led Dallas Police to believe that the attack was racially motivated as Alma, who works as a sales rep, had previously had an African American boyfriend.

Speaking about her ordeal for the first time, the teen revealed she lives in fear that her attacker – who was wearing a ski mask and has not been caught – will strike again.

Alma, of Oak Cliff in Dallas, said: "I think about this attack every day and I think it will be something I think about for the rest of my life.

"I wake up every morning and I just hope it was a dream but it never is because then I see my scars in the mirror. 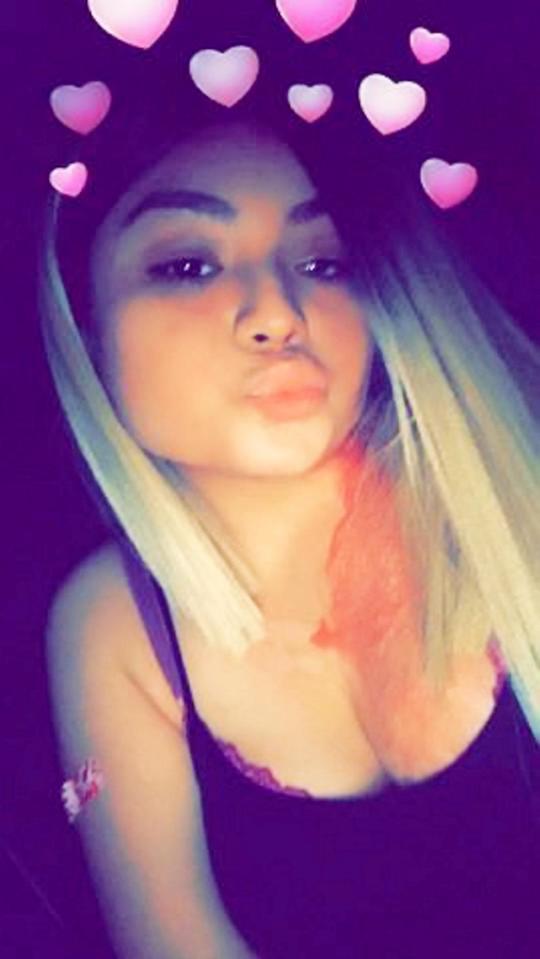 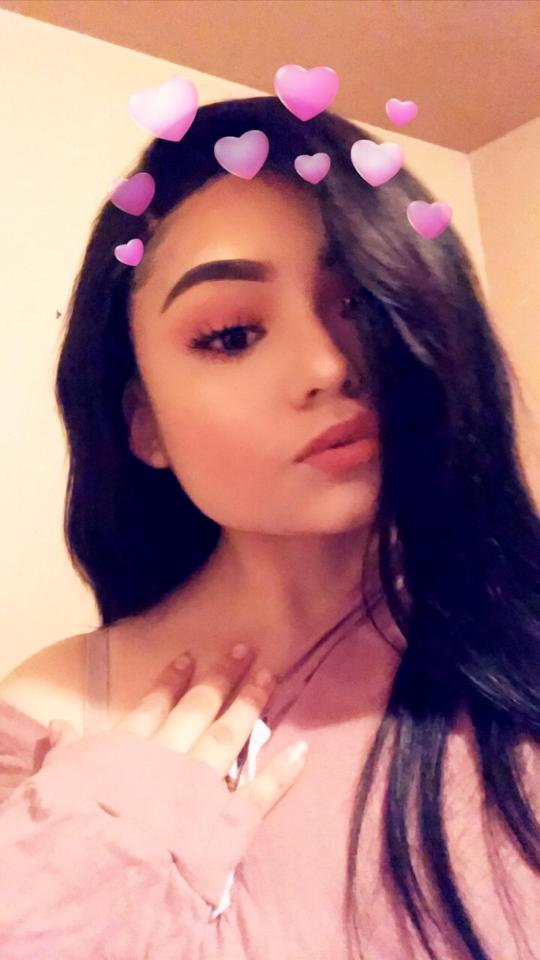 "I'm not the same person I was last year.

"At night I get scared, I run into my house as quickly as I can because I think the could be around that corner waiting for me again.

Alma's nightmare unfolded on June 18 last year as mum Patricia tried to unlock their front door, the attacker raced around the side of the house.

Alma said: "He ran right up to me on the porch and my mum heard me gasp and scream 'Oh my God'. 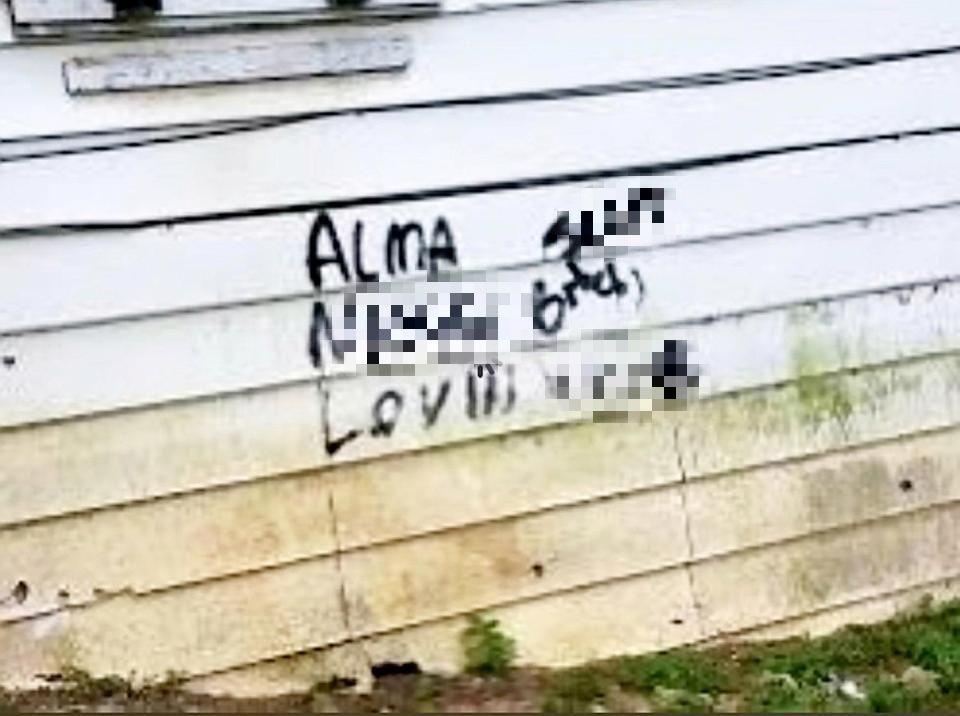 How to treat acid burns

The most important thing you can do in the event of an acid attack is to douse the victim in running water, rather than a wet cloth.

The water dilutes the acid, and so it's important to keep refreshing with new, clean water, as quickly as possible.

"I just didn't know what to do, it was just seconds but it felt like a long time.

"I saw something in his hand, I thought he was going to shoot me. Then he threw something at me, and I managed to turn my head as he did.

"All I could feel instantly was this burning sensation on my neck and face. It was awful.

"It got into my eye so I couldn't see. It felt like my skin was melting off. 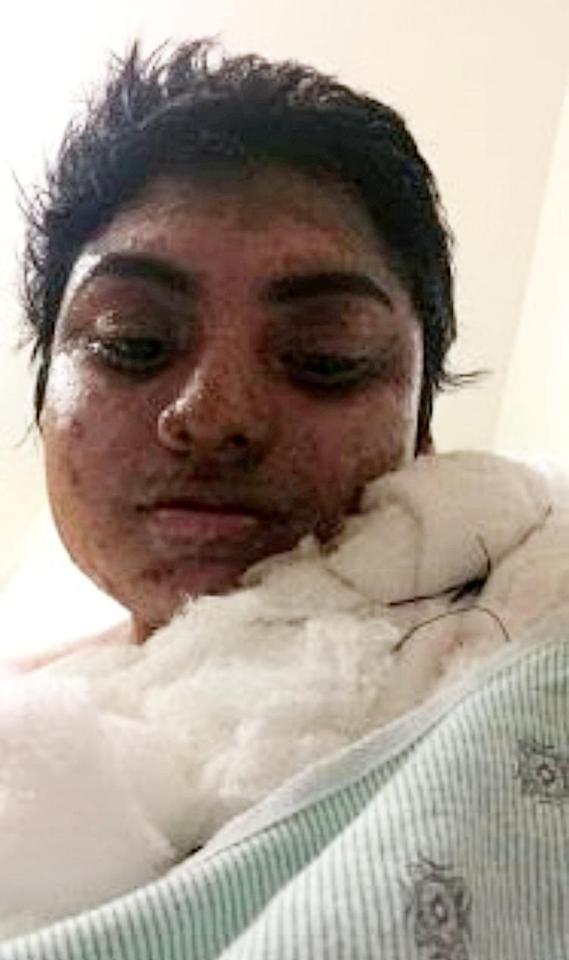 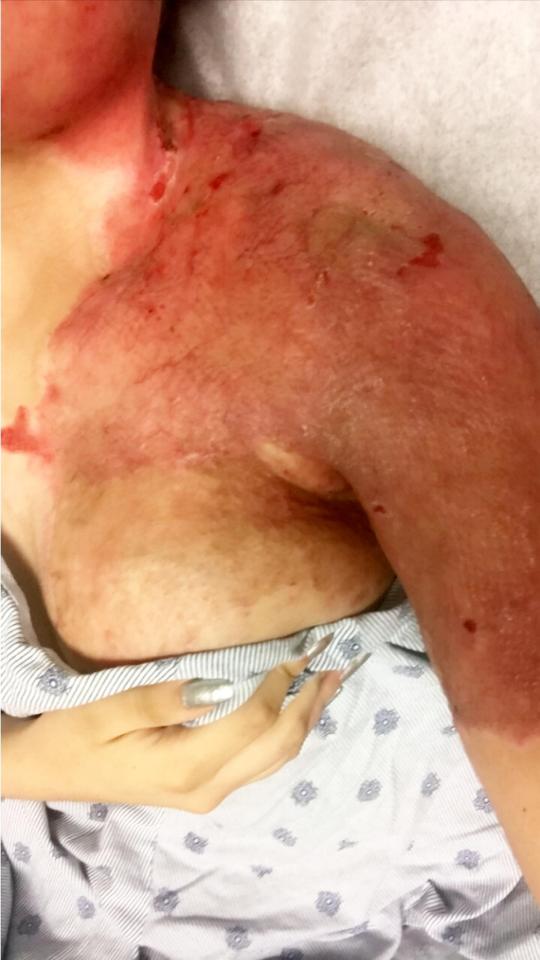 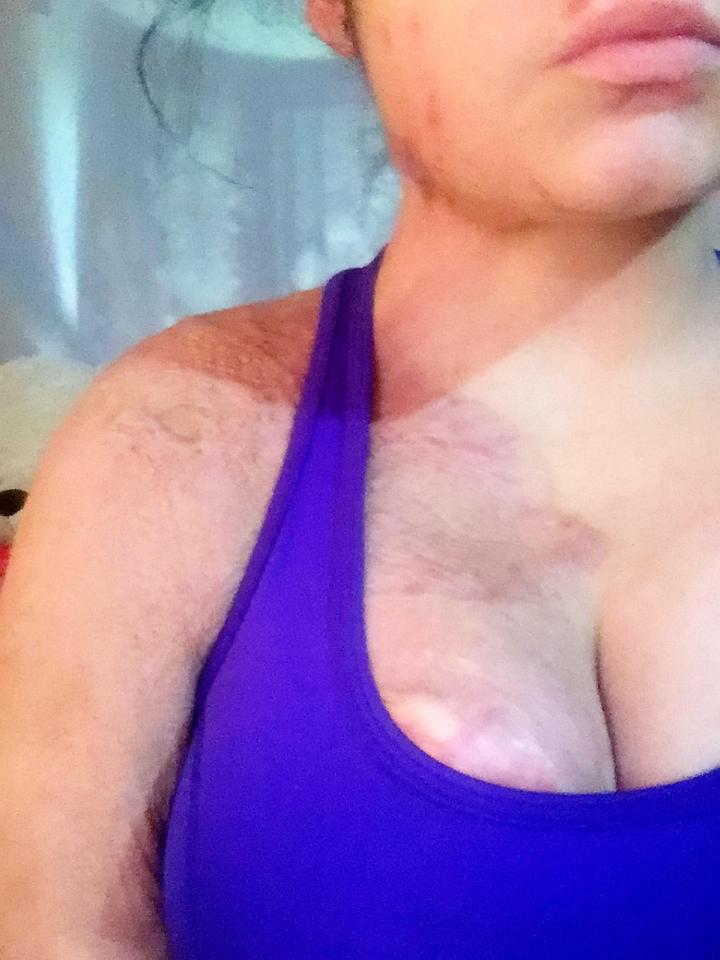 "By this point he had run away but all I could think of was the burning.

"I ran down the porch to my little brother's kiddy pool and I just threw myself in, trying to wash away the acid from my face and body.

"I was wearing a work hat and when I took it off, the skin of my forehead came off with it. 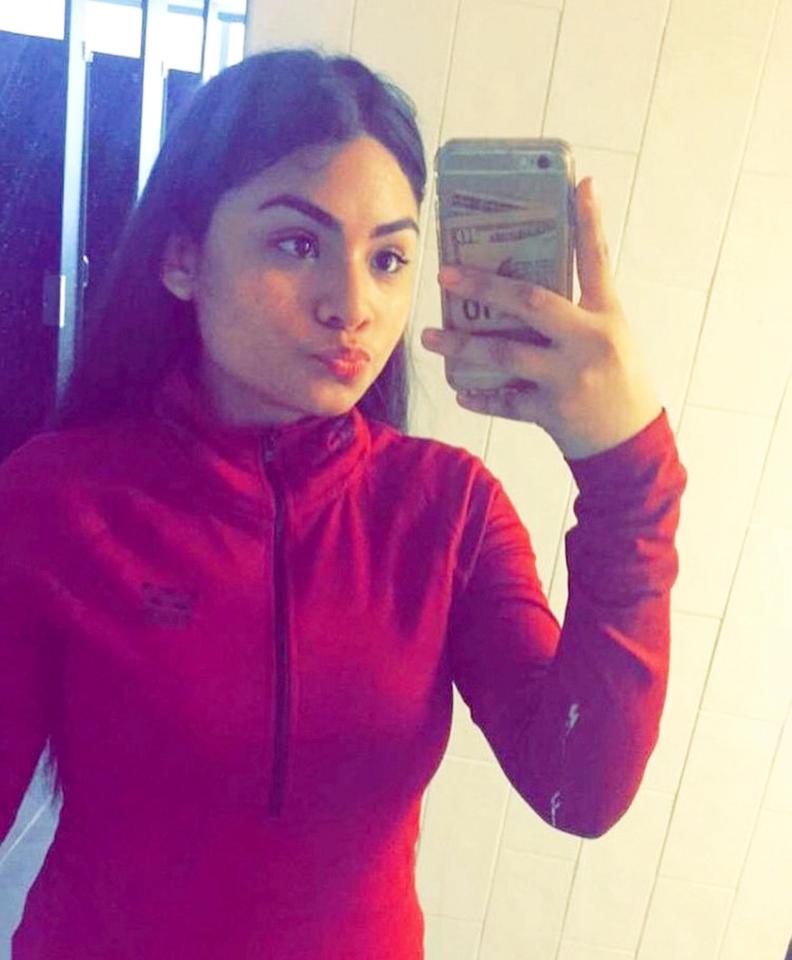 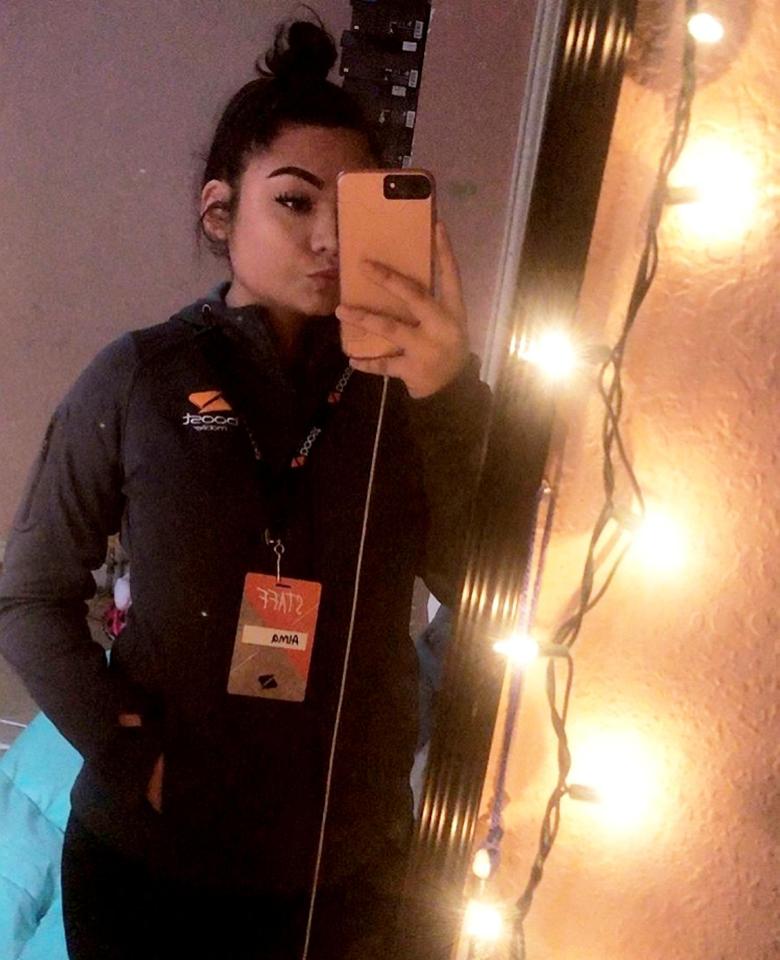 "The next thing I remember is the lights from the ambulance."

"The next day my mom realised that my attacker had written 'Alma N***** loving w***e' on the house," she added.

"I had dated a black guy in the past but we weren't together at the time. The police never found out who did it."

Alma suffered severe burns on her face and body and her younger brother was splashed with the liquid on his leg. 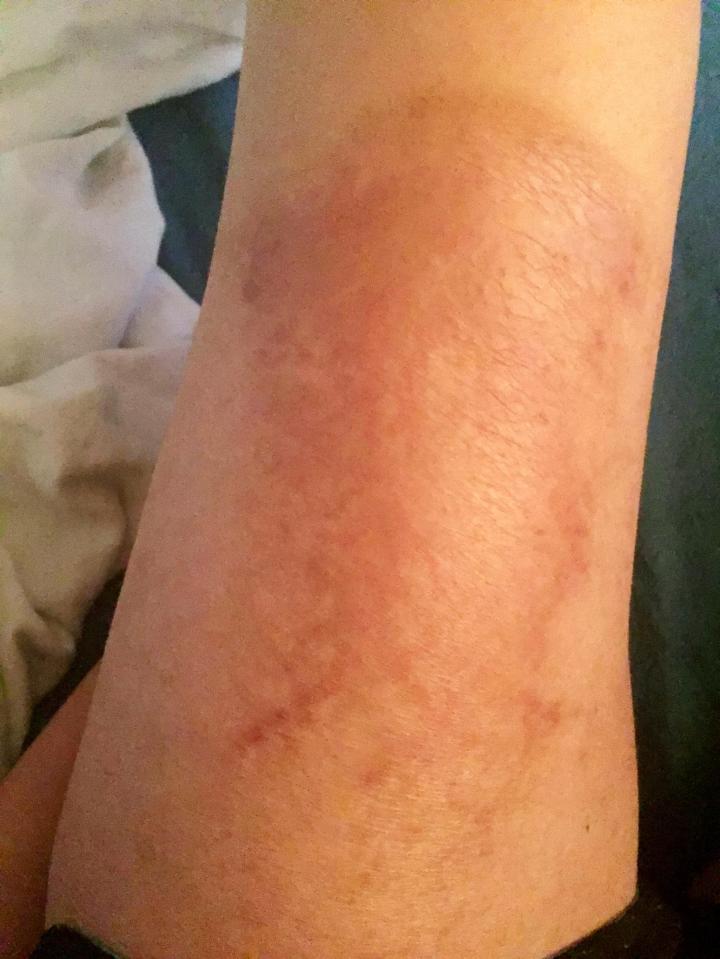 Almost a year on, Alma, who has extensive permanent scarring, said she wakes up each morning hoping it was all a dream.

While Dallas Police are still appealing for information in relation to the attack Alma said she does not have confidence that he will ever be caught.

"It's been almost a year since the attack and I'm really not hopeful that they'll ever catch who did this," she said.

"He was wearing a ski mask so I was unable to tell the police anything about him and it all happened so quickly.

"I didn't think I had a problem with anyone so I have no idea who attacked me.

"At first I was so angry and upset but I realised that I still had a life to live and my anger was pointless.

"Right now I'm just focusing on moving on with my life."