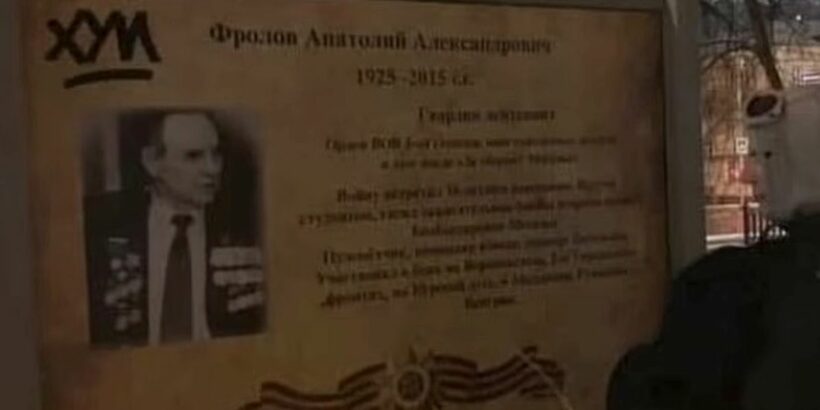 A teenager has been sentenced to four years in prison after being seen urinating on a World War Two memorial.

19-year-old Matvey Yuferov actually recorded himself urinating on a portrait of a World War Two veteran on November 25, in the Moscow district of Izmailovo, and uploaded the footage online.

A court in Moscow found the Russian teen guilty yesterday after he "desecrated" the memorial and showcased his "criminal actions".

Moscow City Court made the ruling under Russia's law against "rehabilitation of Nazism" after a short trial that did not even last a month.

At the beginning of proceedings, prosecutors had sought the maximum jail sentence of five years for Yuferov.

According to Mediazona, a Russian news site which covers court cases, Yuferov urinated on the portrait and insisted at trial that he was drunk when he did so.

He is said to have expressed regret for his actions.

Yuferov also told the court that he does not, and never has, subscribed to Nazi beliefs, but his pleas did not prevent the court from ruling that he had "performed actions that offend the memory of the defenders of the Fatherland".

It followed the sentencing of Kremlin critic Alexei Navalny, who was jailed after being found guilty of defaming a Russian war veteran.

The law is emblematic of the fact that the Soviet's victory of Nazi Germany in 1945 remains a key aspect of national pride in Vladimir Putin's nation.

It is a trope said to be frequently used by the Kremlin to bolster patriotism and belittle any condemnation of the USSR's history – particularly the historic actions of its army – from modern day critics of the Russian regime.