The body boys: Teenage volunteers dig through dirt to help find the remains of some of the four million Red Army soldiers who never returned from WWII

The group of teenagers can be seen peering into upturned soil as the skeleton of a fallen fighter lies nearby at an excavation site in the village of Didymkin in Stavropol.

As many as 12 bodies were recovered from the area by the military, members of military-patriotic camps and volunteers at the end of April. 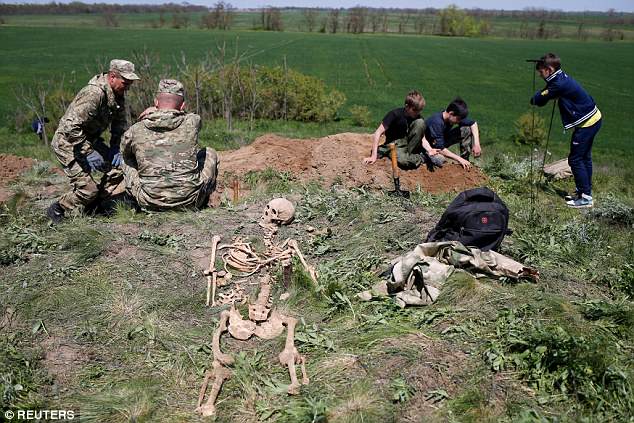 Young Russian volunteers digging alongside two soldiers at a battlefield in the village of Didymkin in Stavropol, Russia 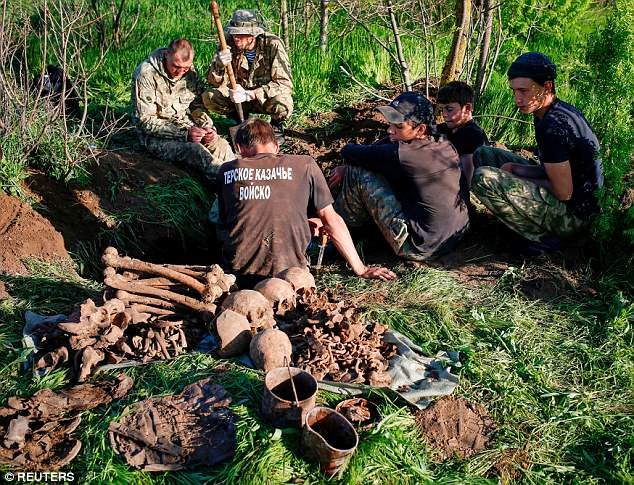 Piles of skulls, leg bones and other remains excavated by soldiers and volunteers lie beside the group

Their work is part of a drive to give a proper burial – and in some cases a name – to soldiers who fought in the battle Russians call the Great Patriotic War.

Twenty-six million people were killed on the Eastern front between 1939 and 1945.

Searches for lost fighters have been underway as the nation tries to track down as many as four million of those soldiers who went missing in action. 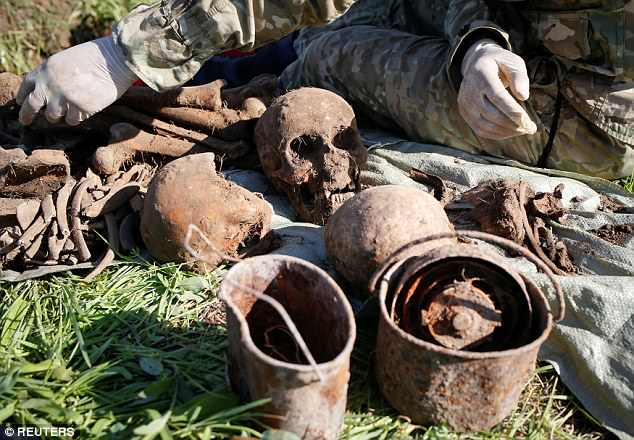 Volunteers carefully sort through the remains wearing protective gloves, trying to piece together the skeletons in the hope of finding out who the fallen soldiers were and give them a proper burial 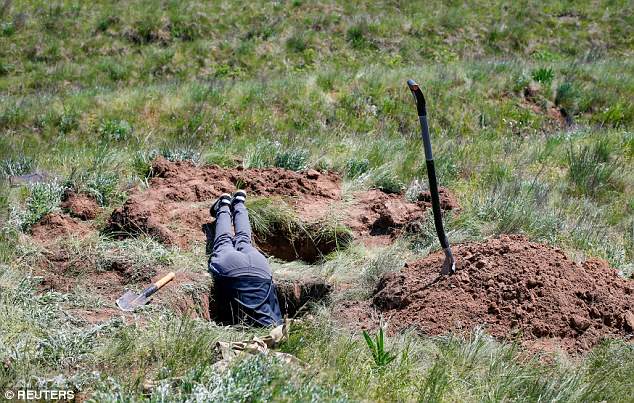 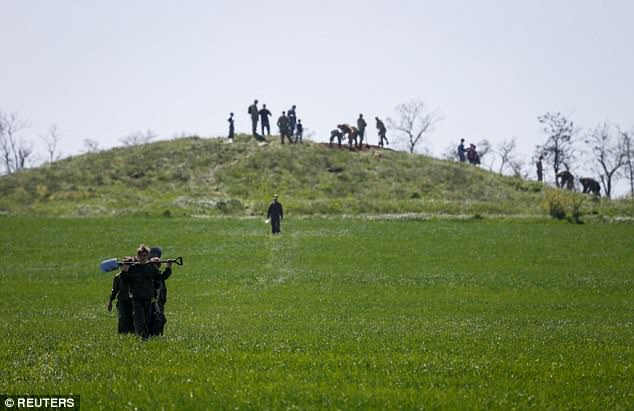 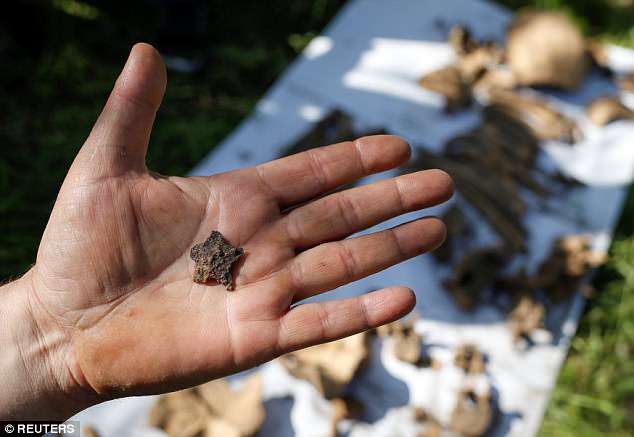 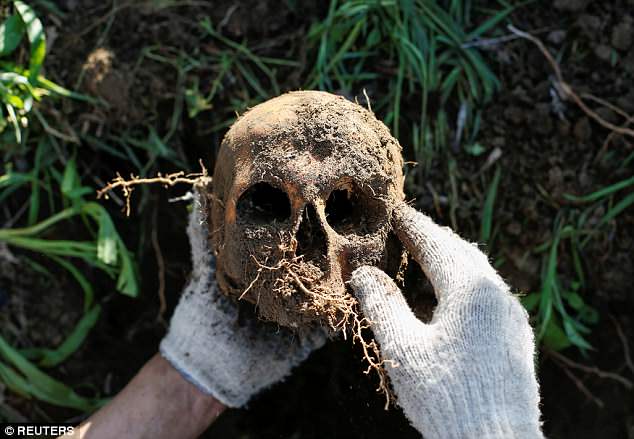 The stark photos taken in Stavropol show young boys working alongside Russian soldiers in some of the battlefields, carefully digging up remains.

Piles of skulls and bones can be seen stacked beside them in one striking picture. 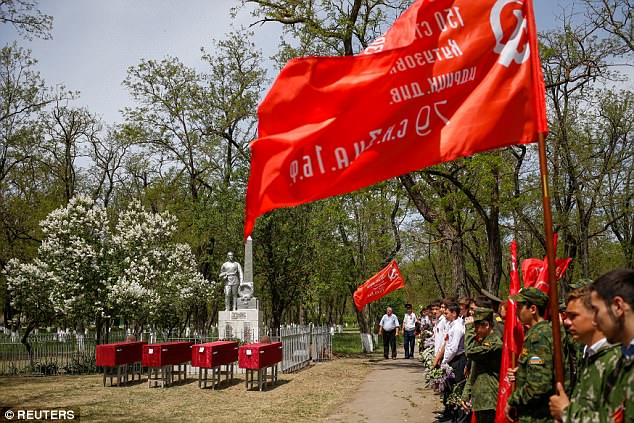 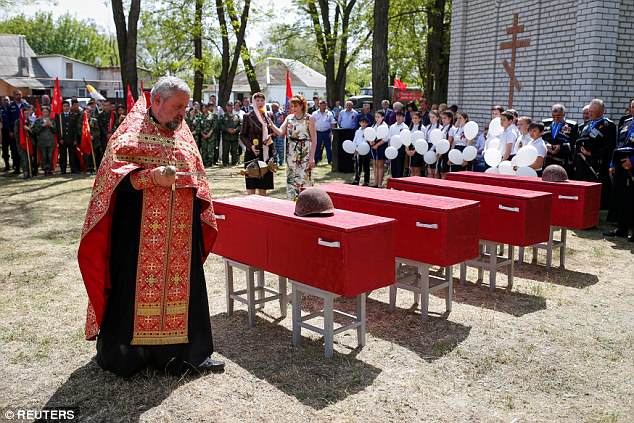 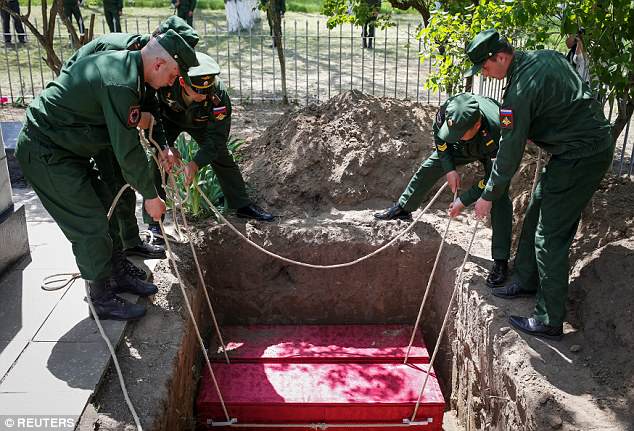 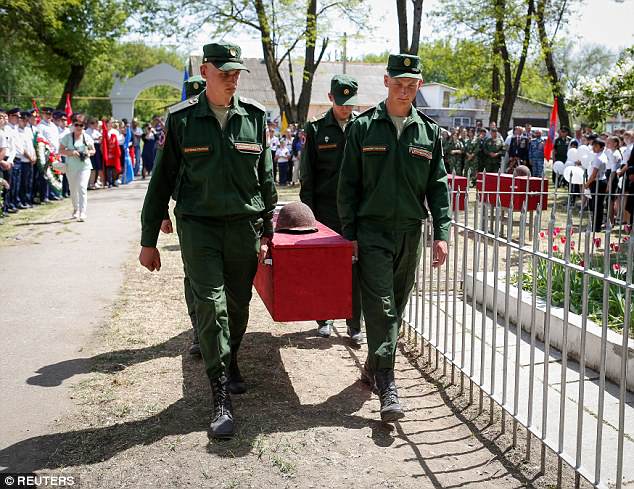