Harrowing footage from the scene shows a hit-and-run driver slamming into three women and a man, leaving two females with “potentially life-changing injuries” before fleeing. 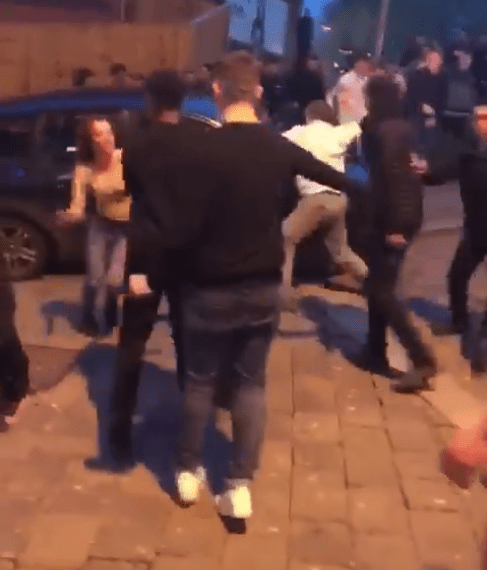 The clip begins with what seems to be an argument involving a large group of people around the stationary car in the street.

All of a sudden the driver puts his foot down and speeds into the crowd as people scream and try to dive out of the way.

It then reverses back into the group as several men try to stop it by punching the windscreen and attempting to reach through the windows.

It then speeds into the crowd once more before driving off. 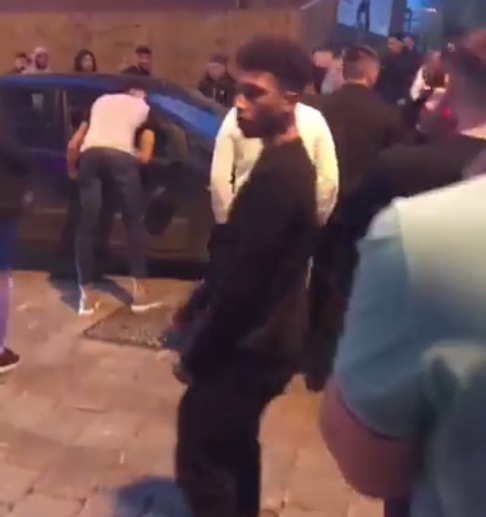 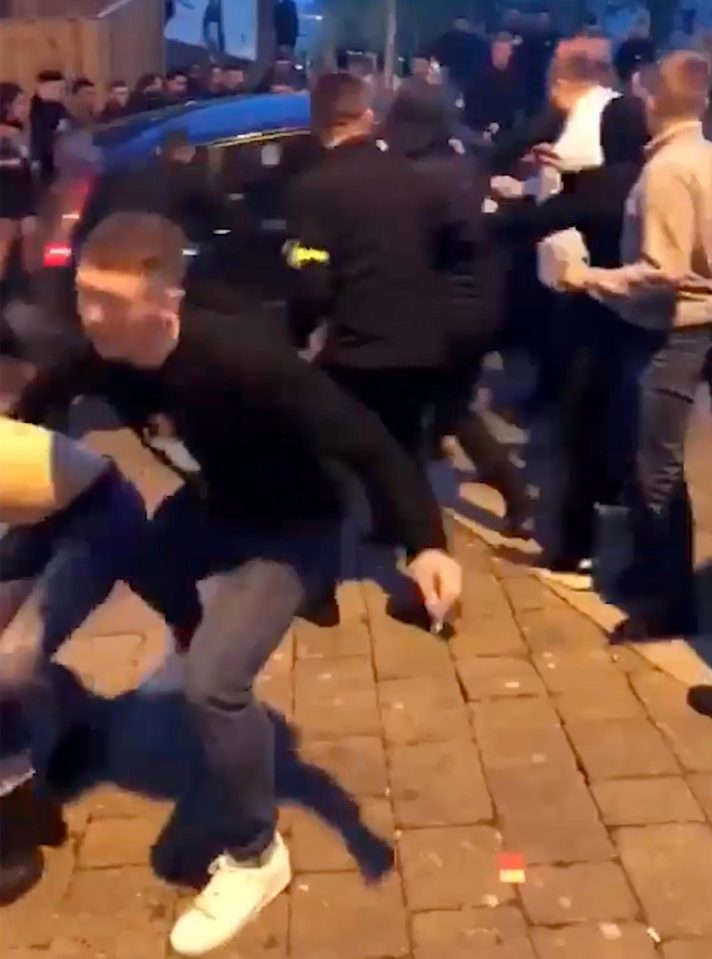 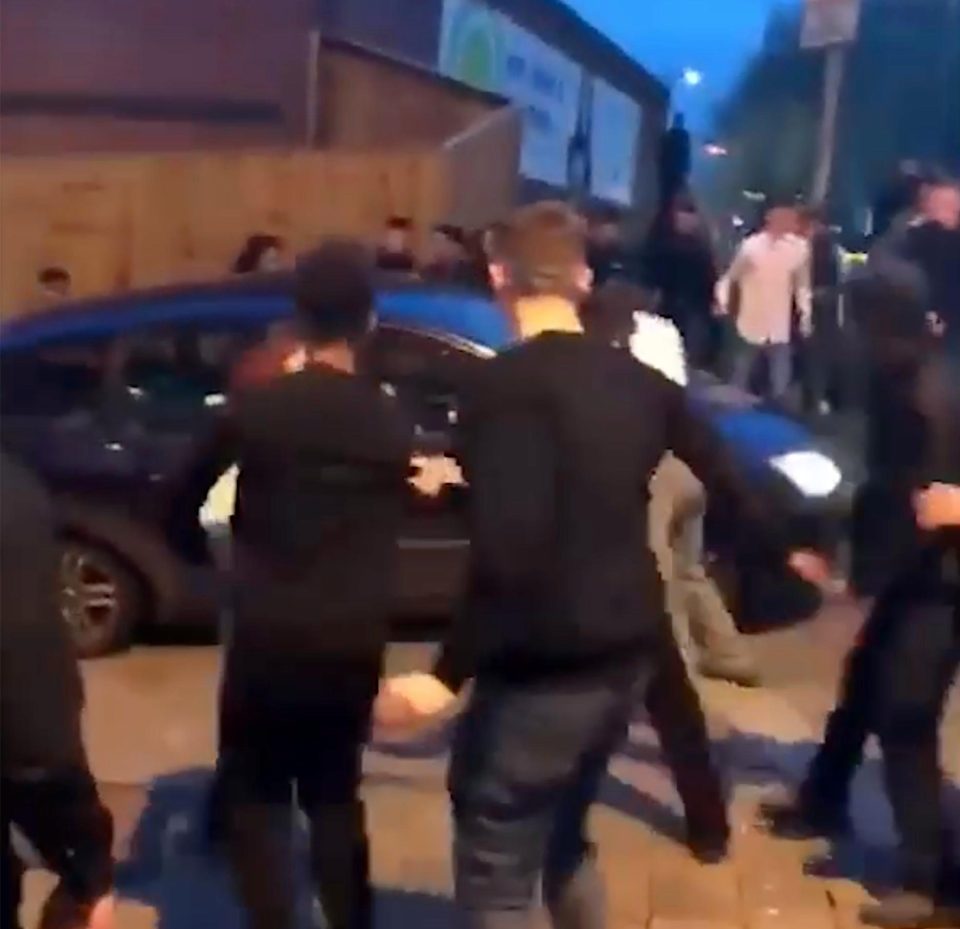 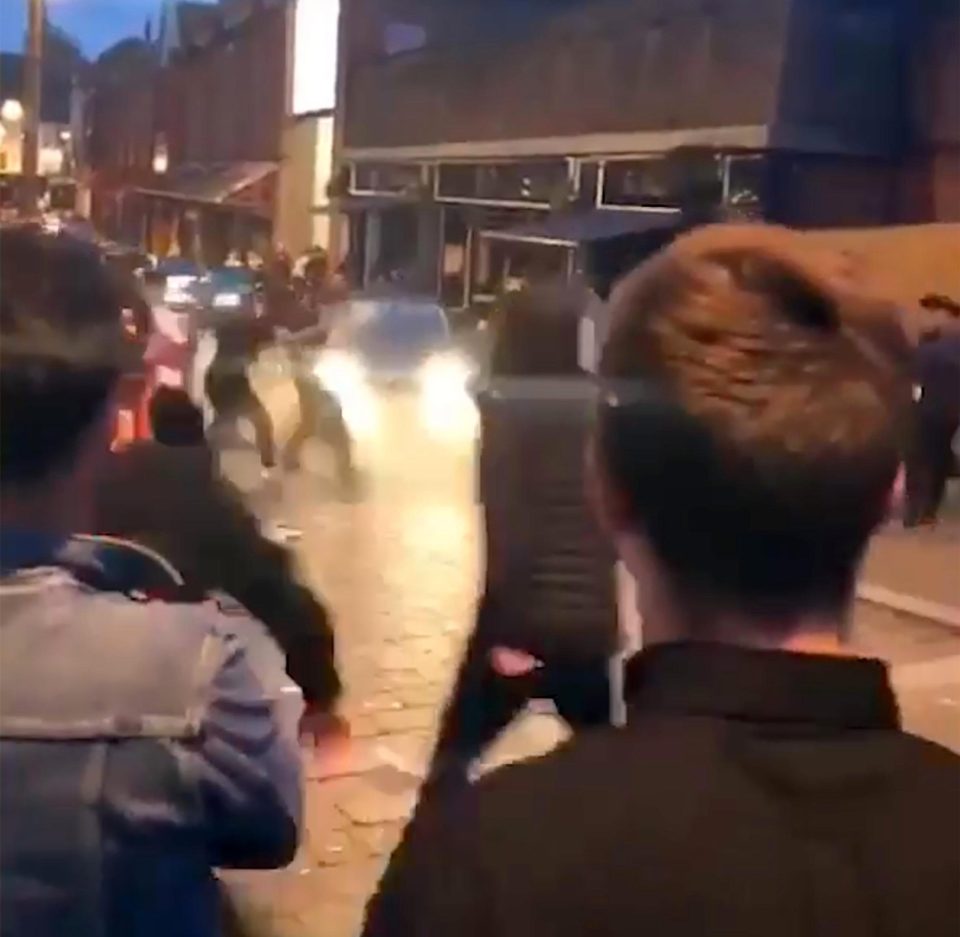 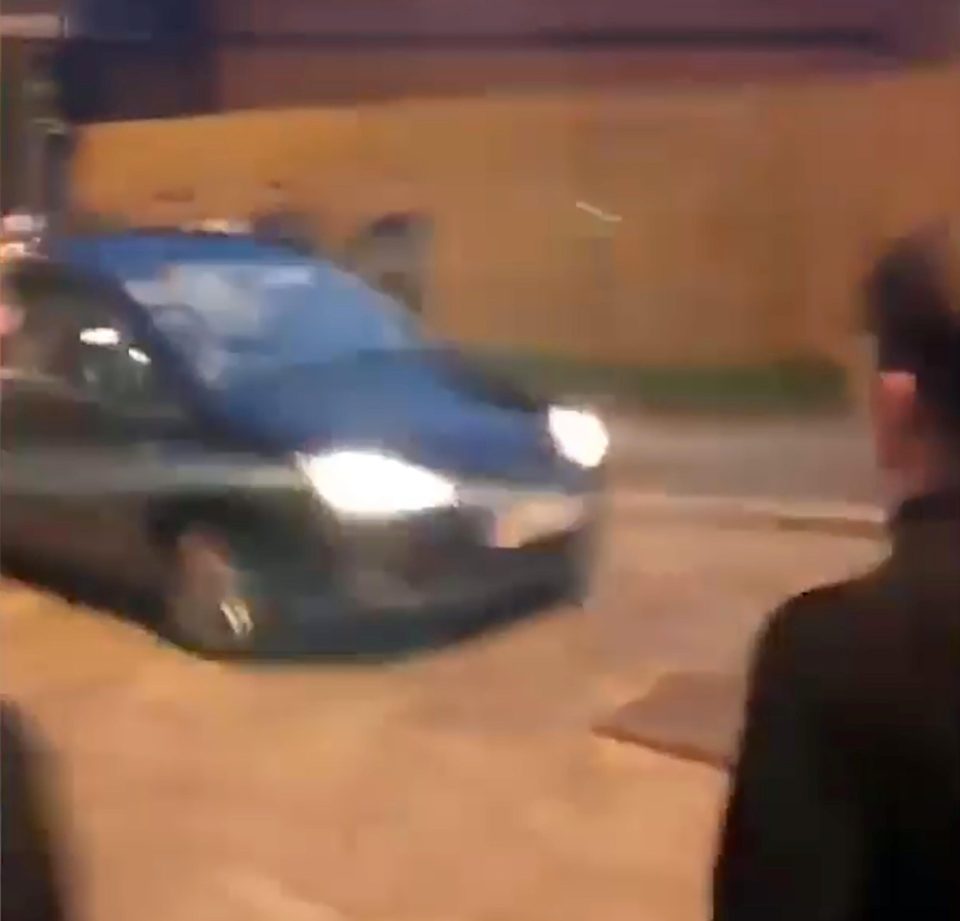 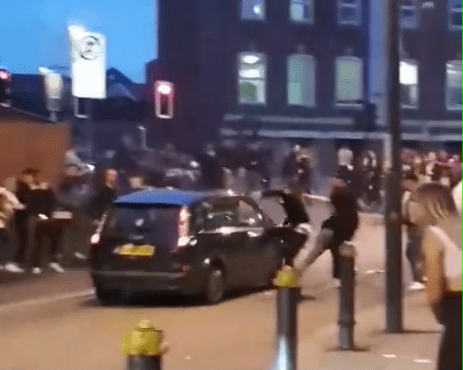 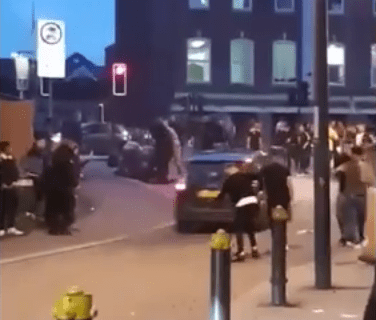 An 18-year-old man has been arrested on suspicion of causing injury by dangerous driving, Gwent Police said.

Iftekhar Haris, bar manager at The Courtyard, described the shocking scene, telling Wales Online: “The driver actually went across onto the pavement and hit two girls – two innocent girls – who were just sat there at the end of the night … and hit them not only once, but actually reversed back.”

He added: “It was horrific – it’s something that you don’t want to see on any street.”

Another distressing clip circulated on social media shows the aftermath of the smash. 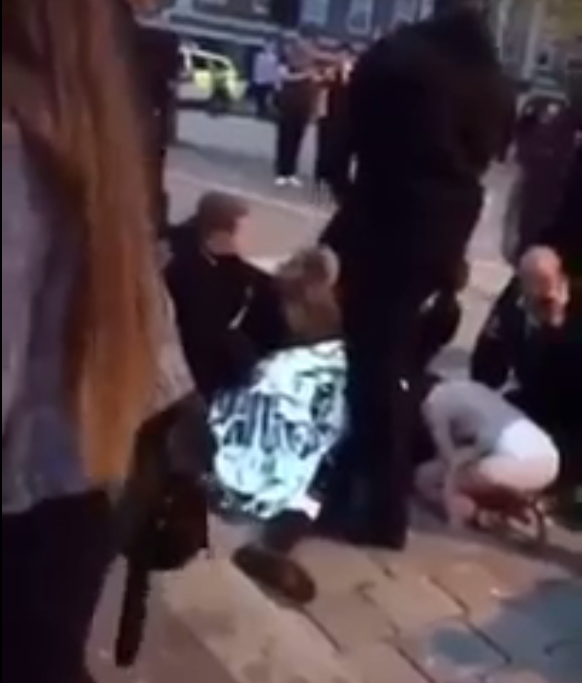 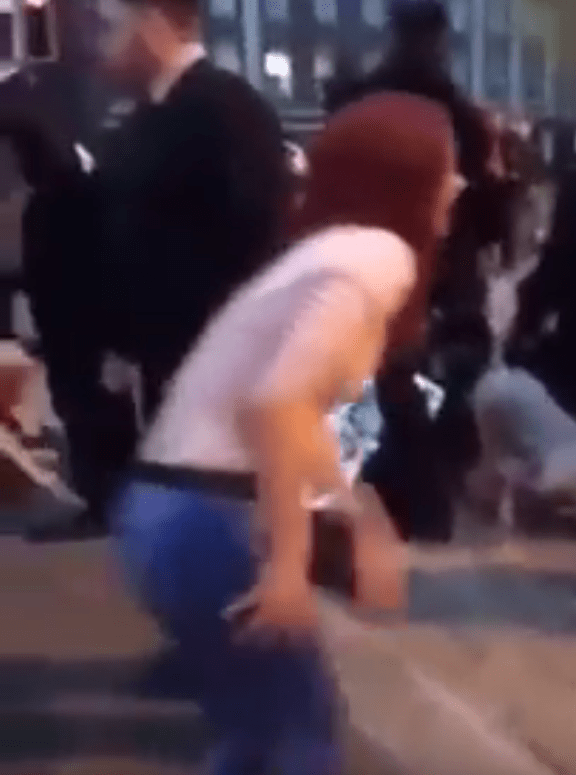 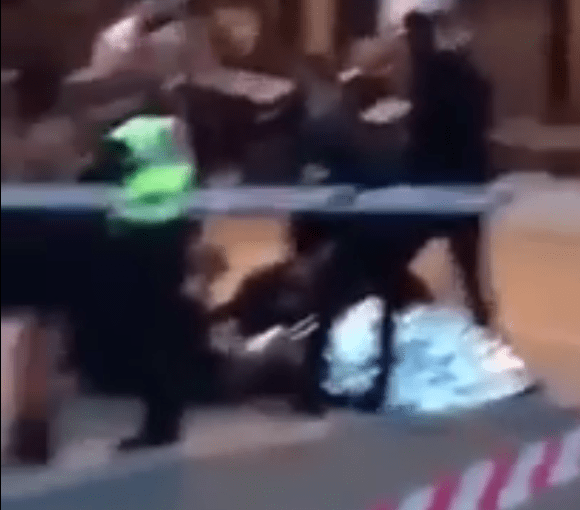 Medics can be seen tending to the injured lying on the floor as people groan in pain.

The car involved in the incident was later found burnt out and cops launched a manhunt for the driver.

The incident came on the morning of Newport’s marathon, with thousands of people descending on the city.

Nearly 6,000 runners are due to take part, with many more gathering to watch the race. 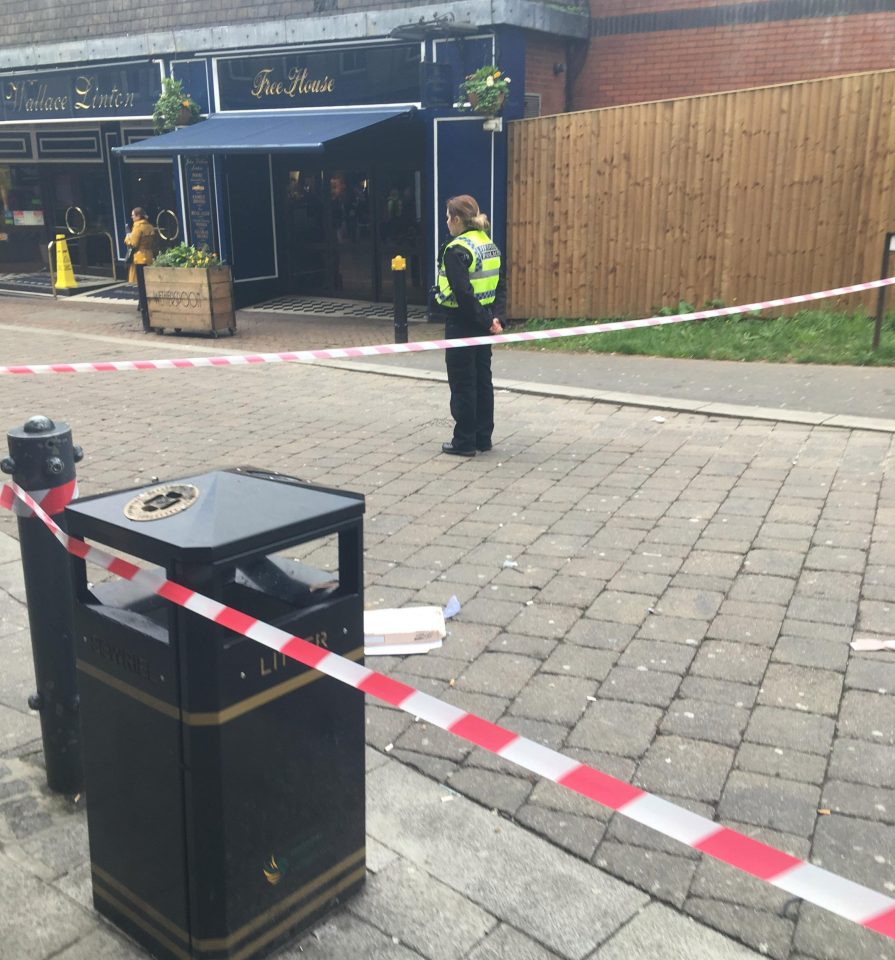 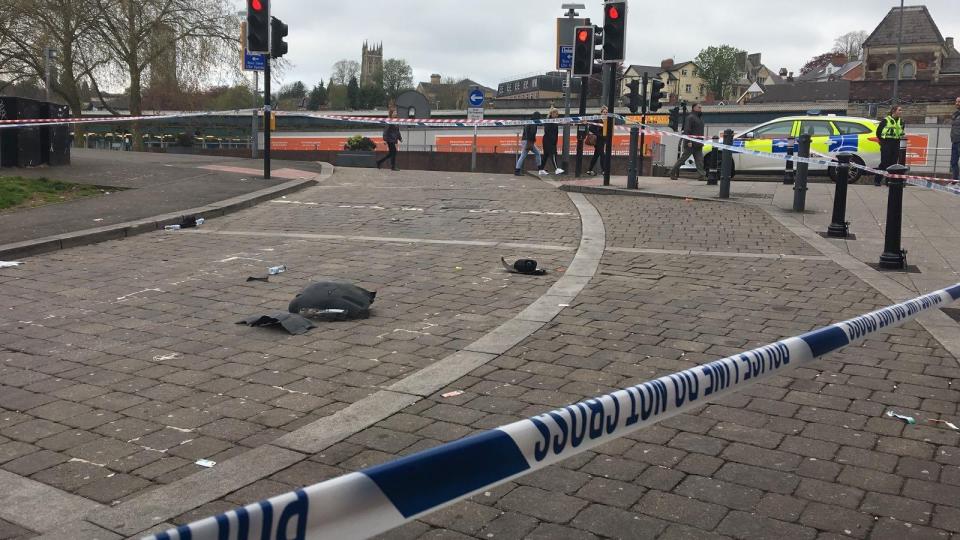 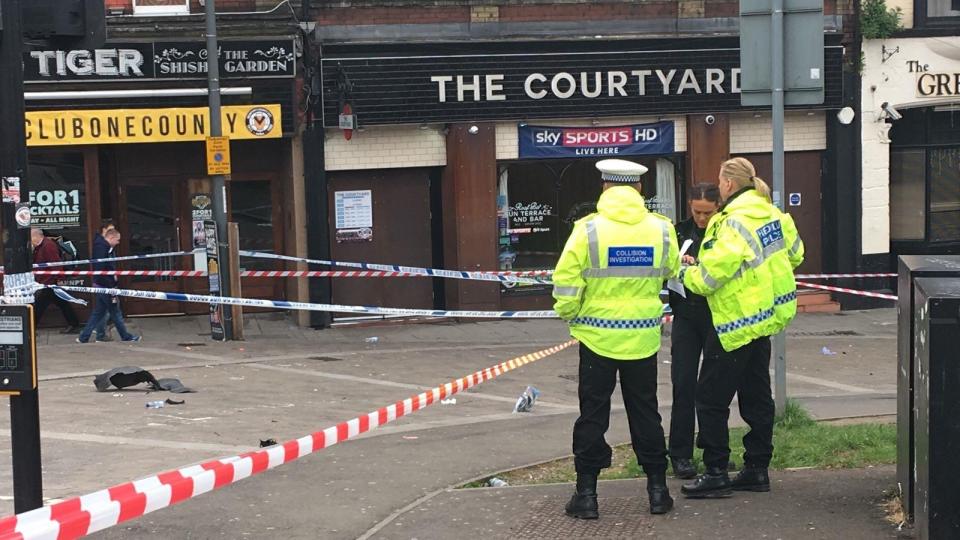 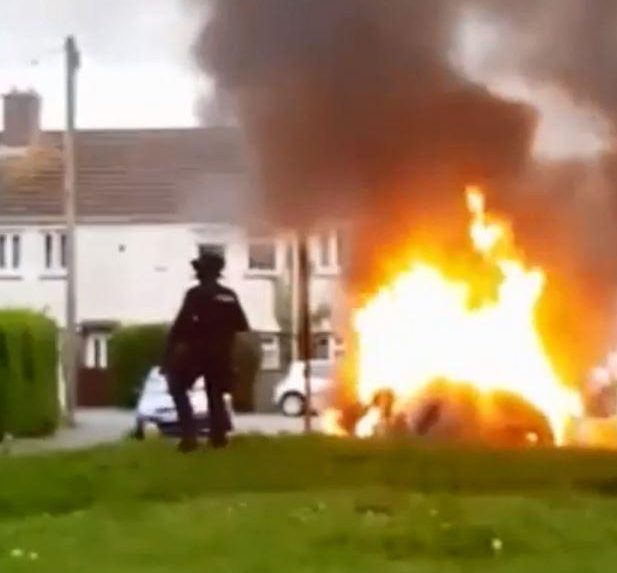 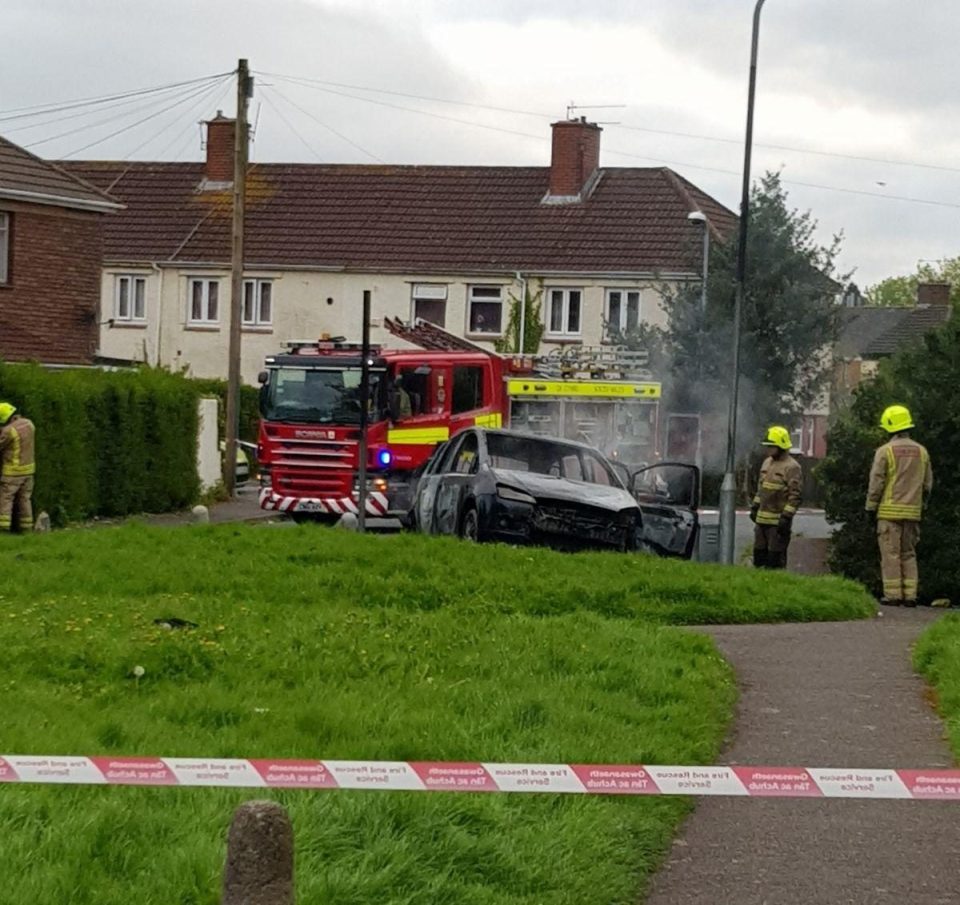 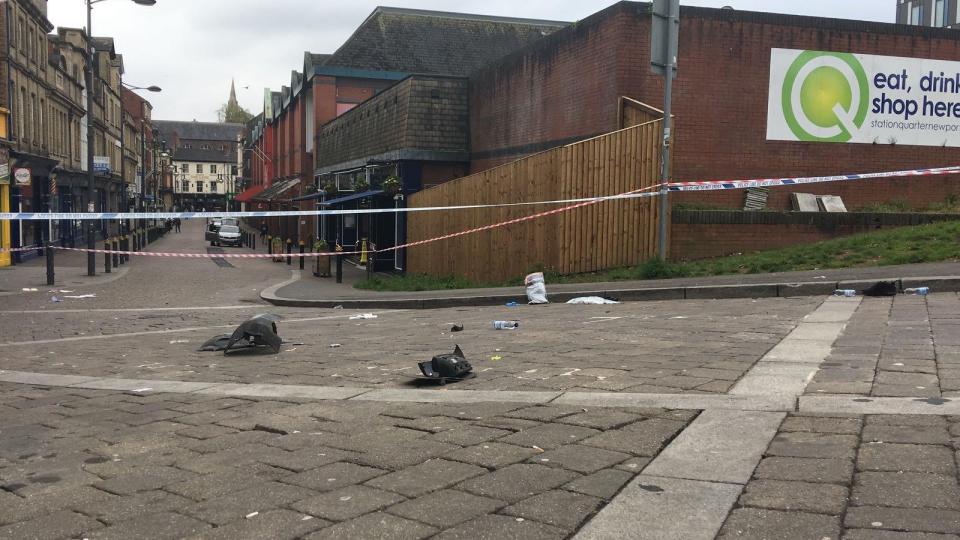 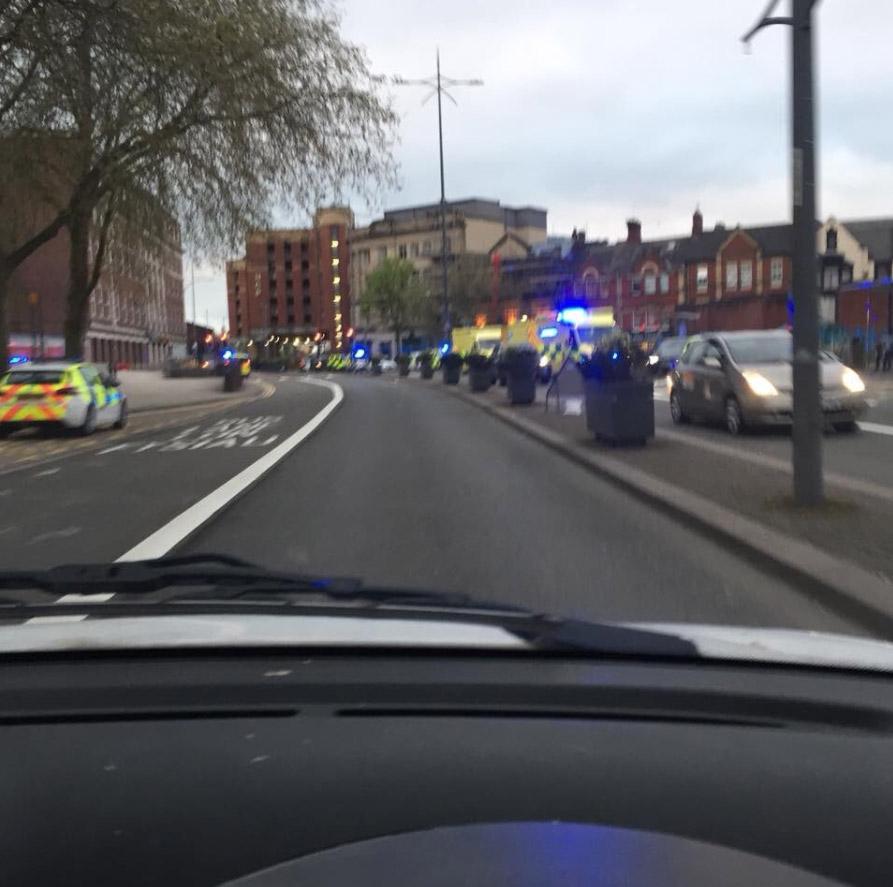 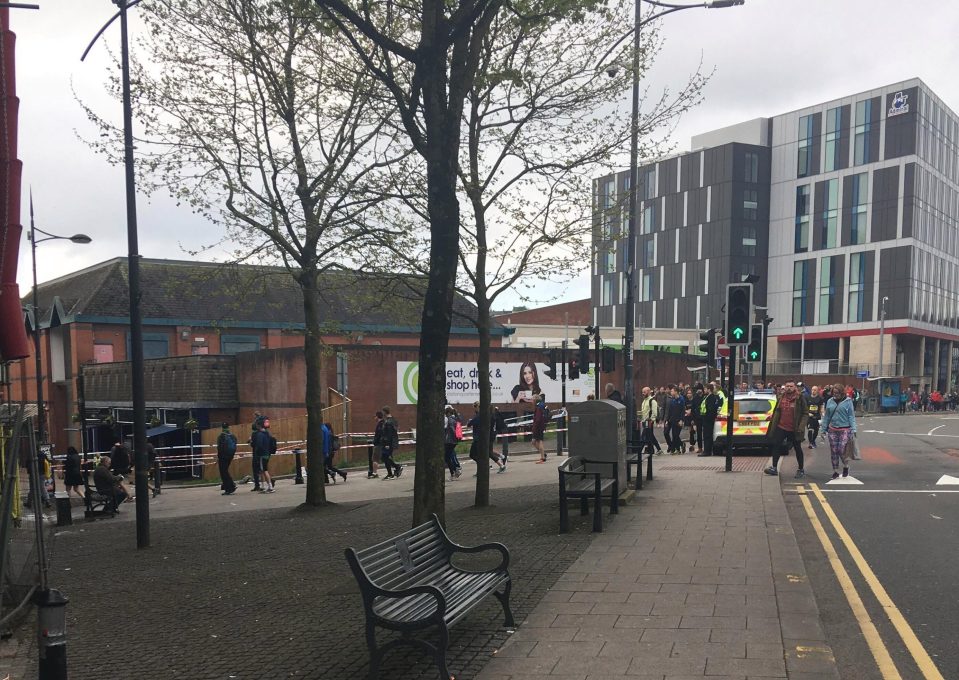 Superintendent Glyn Fernquest said: “This is a shocking incident for everyone involved.

“Specialist officers are currently investigating and are appealing for information in relation to identifying the driver of this vehicle.

“I’d like to just reassure the public that this incident is not believed to be terror related and has no links to the Newport marathon that is taking place this morning.

“Anyone who is taking part in the marathon should carry on with their arrangements as planned.”

Officers are investigating and are appealing for anyone with information to call 101 quoting log 110 29/4/18.