A TEENAGER in the US has become the first patient in the US to undergo a double lung transplant as a result of smoking e-cigarettes.

The unnamed boy from Michigan, who turned 17 in hospital, was forced to have both his lungs removed after he was left facing "imminent death" from his vaping injuries. 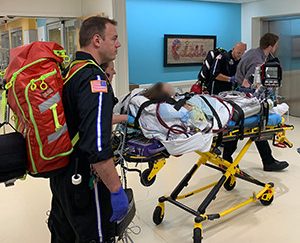 And his family have since asked his doctors to share the teen's story in a bid to show the "horrific life-threatening effects" of vaping.

They said in a statement: "Within a very short period of time, our lives have been forever changed.

"He has gone from the typical life of a perfectly healthy 16-year old athlete…to waking up intubated and with two new lungs, facing a long and painful recovery process as he struggles to regain his strength and mobility, which has been severely impacted."

The patient was admitted to a local hospital in Detroit on September 3 with what was thought to be pneumonia. 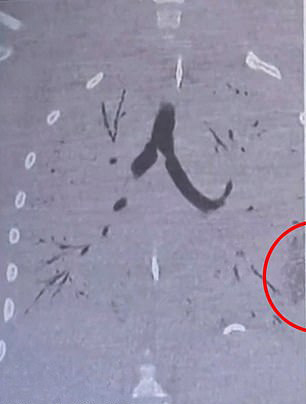 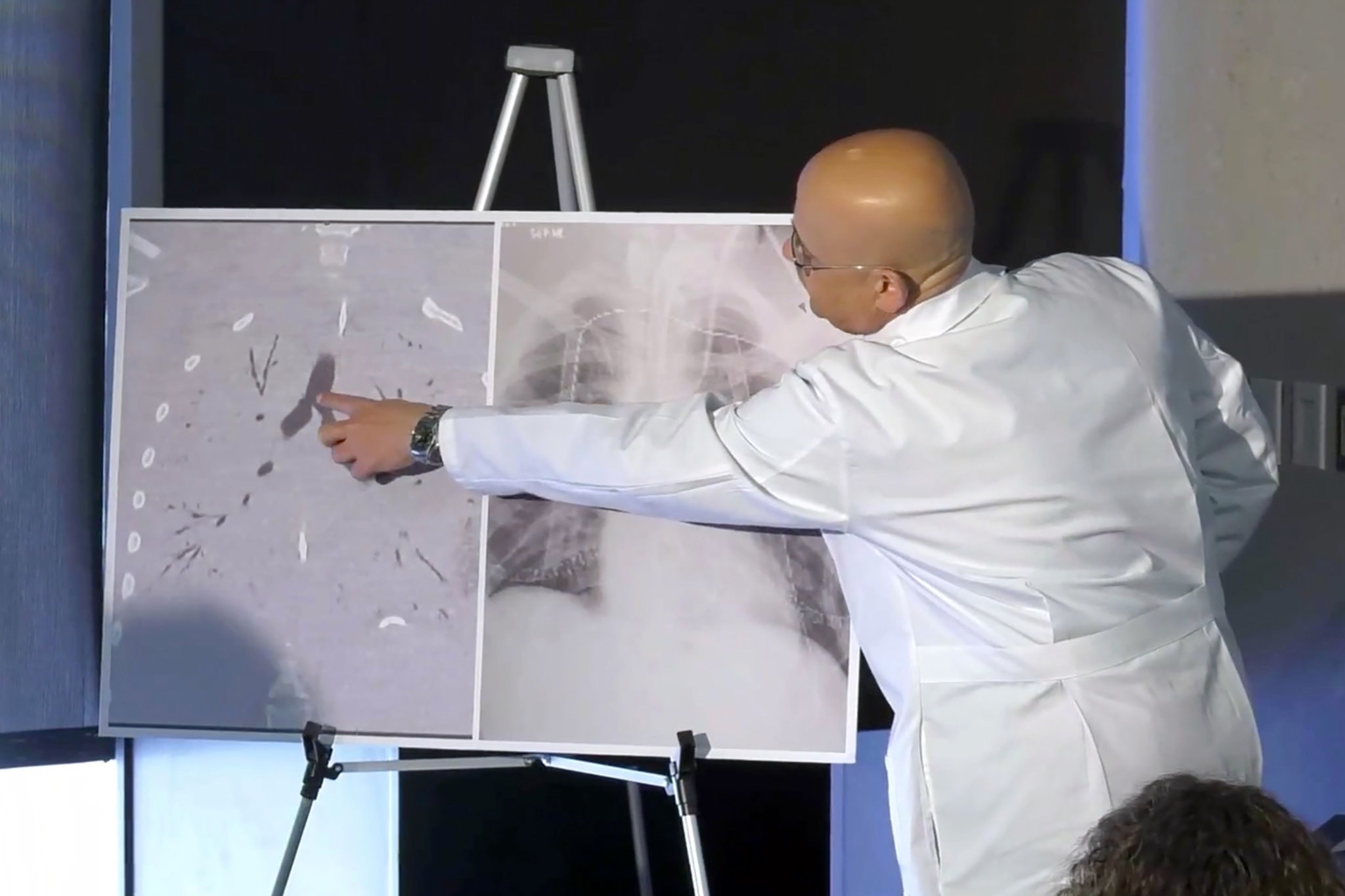 Just a week later, he was intubated as his ability to breathe had significantly worsened.

He was taken to the Henry Ford Hospital in Detroit on October 3 as he fell critically ill due to his severe lung damage, and was placed on life support.

Medics quickly placed him at the top of the list for a double lung transplant – after scans showed that virtually all of his lungs had turned to scar tissue.

The damage that these vapes do to people’s lungs is irreversible. Please think of that – and tell your children to think of that

A team successfully completed the six-hour transplant on October 15, but his doctors say he has a long and intense road to recovery.

Dr Hassan Nemeh, surgical director of thoracic organ transplant at Henry Ford Hospital, said in a statement: "This teenager faced imminent death had he not received a lung transplant."

Dr Nemeh is now urging people to warn their children about the dangers of vaping. 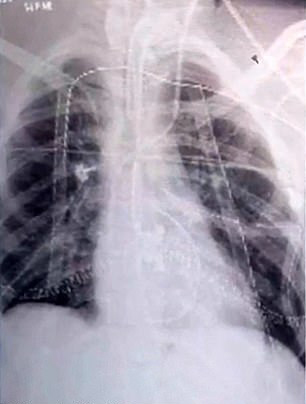 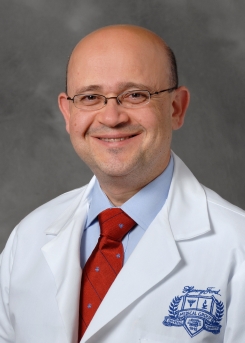 He added: "This is an evil I haven’t faced before. The damage that these vapes do to people’s lungs is irreversible.

Dr Nemeh's statement announcing the mid-October procedure came a day after President Donald Trump revealed he will be meeting with industry representatives as his administration weighs new regulations amid a nationwide outbreak of vaping-related illness and deaths.

Last Thursday, the US Centers for Disease Control and Prevention confirmed that there have been 39 deaths associated with e-cigarettes or vaping products. 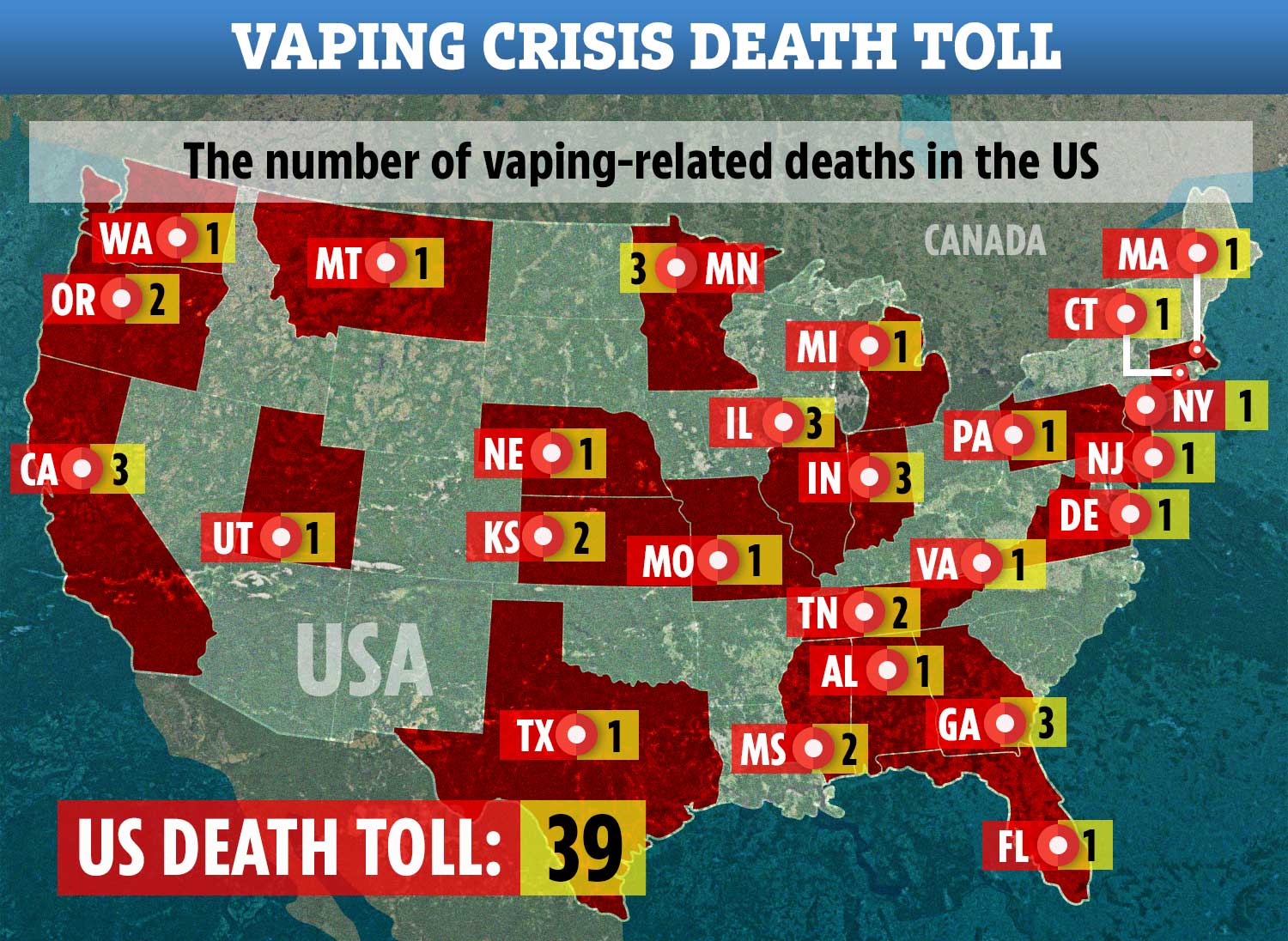 How safe are e-cigarettes in the UK?

In the UK, e-cigarettes are tightly regulated for safety and quality.

They're not completely risk free, but they carry a small fraction of the risk of cigarettes.

E-cigarettes do not produce tar or carbon monoxide, two of the most harmful elements in tobacco smoke.

The liquid and vapour contain some potentially harmful chemicals also found in cigarette smoke, but at much lower levels.

While nicotine is the addictive substance in cigarettes, it's relatively harmless.

Almost all of the harm from smoking comes from the thousands of other chemicals in tobacco smoke, many of which are toxic.

Nicotine replacement therapy has been widely used for many years to help people stop smoking and is a safe treatment.

There's no evidence so far that vaping causes harm to other people around you.

This is in contrast to secondhand smoke from smoking, which is known to be very harmful to health.

On top of this, 2,051 people have developed the e-cigarette related illness, dubbed EVALI, in every state but Alaska.

Most of the victims killed by EVALI are male and under the age of 35, with the ages of those who have died ranging from 13 to 75.

There have been three deaths each confirmed in Illinois, California, Georgia, Indiana and Minnesota and two deaths each in Kansas, Massachusetts, Oregon and Tennessee.

Despite this, investigators still don't know what causes EVALI, which stands for "e-cigarette or vaping product use-associated lung injury."

Investigators have found that nearly 85 per cent of lung injury patients in the nationwide outbreak have reported using products containing THC, the substance in marijuana that gets people high, although it was not clear if that was the case for the Michigan patient.

On Friday, the CDC said that lung samples taken from 29 patients with vaping-related injuries suggest all contained Vitamin E acetate, a discovery they dubbed a "breakthrough" in the investigation.

Doctors have been issued updated guidance, urging them to be especially watchful of patients who may have both a vaping lung injury and an unrelated respiratory infection.

States that have so far reported vaping-related deaths