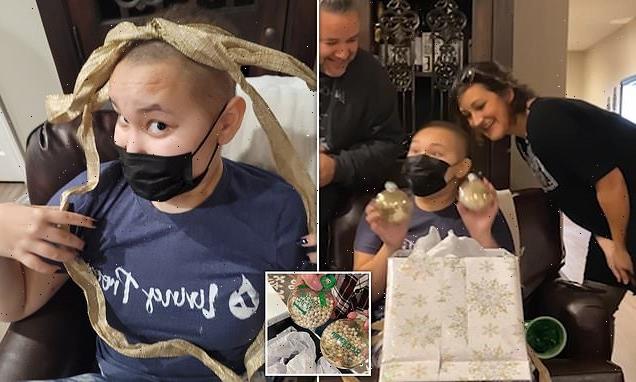 This is the emotional moment a teenager with leukaemia and three of her siblings found out they were a perfect bone marrow transplant match for her.

Heartwarming footage shows family members screaming in delight when they discover that Megan’s siblings Brianna, 22, Emily, 18, and Ben, 12 are matches for her. 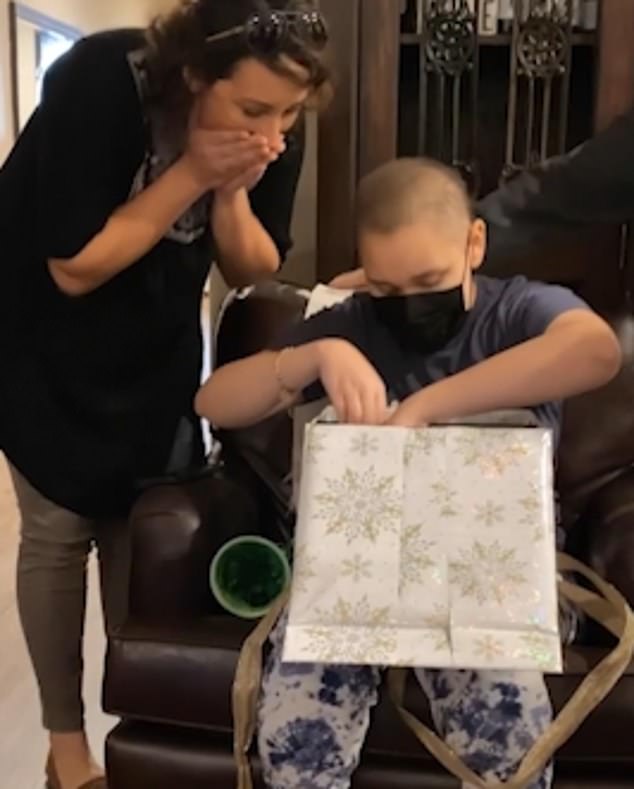 Megan was diagnosed with Acute Lymphoblastic Leukaemia in August 2021.

However, her family discovered later that the 13-year-old has a rare subtype which is resistant to chemotherapy and found in one per cent of children with leukaemia.

She is undergoing a fairly new and groundbreaking treatment for the cancer, which is called CAR-T immunotherapy. 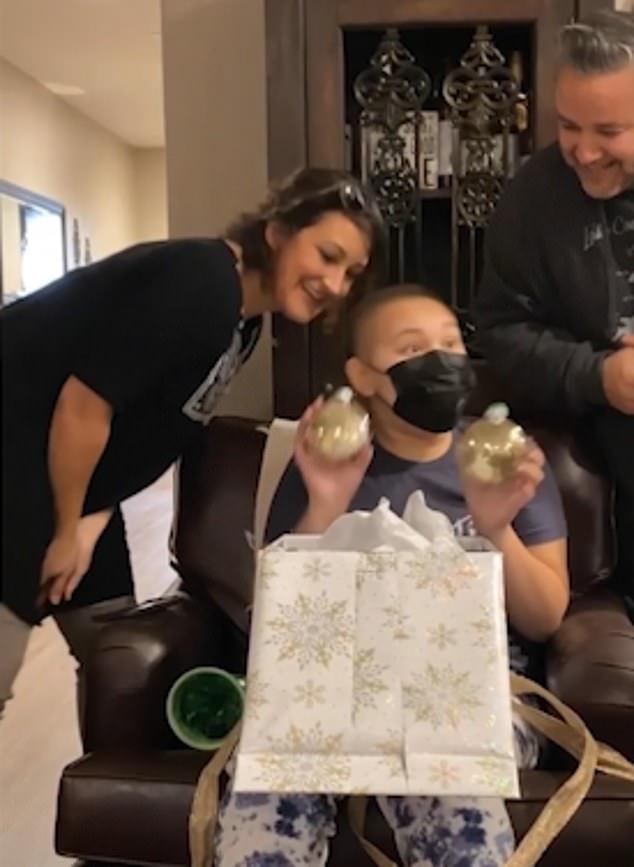 Megan and her family smile and scream in delight when she discovers that her siblings Brianna, 22, Emily, 18, and Ben, 12 are bone marrow matches for her

Afterwards she will undergo a bone marrow transplant to stop the cancer from returning.

Doctors had said there was around a 25 per cent chance of Megan’s siblings being a perfect match for a bone marrow transplant, so most patients end up using a registry to find their donors.

However, it turned out to be a different story for Megan, as she discovered at the party, which her family had organised as a celebration of new life and hope.

Megan’s mother Christine had asked doctors at Kaiser Permanente Fontana and Children’s Hospital Los Angeles to not tell her immediately who the bone marrow match was.

The 41-year-old from Eastvale, California, instead asked if the name could be placed in an envelope so the donor could be revealed to the family all at once. 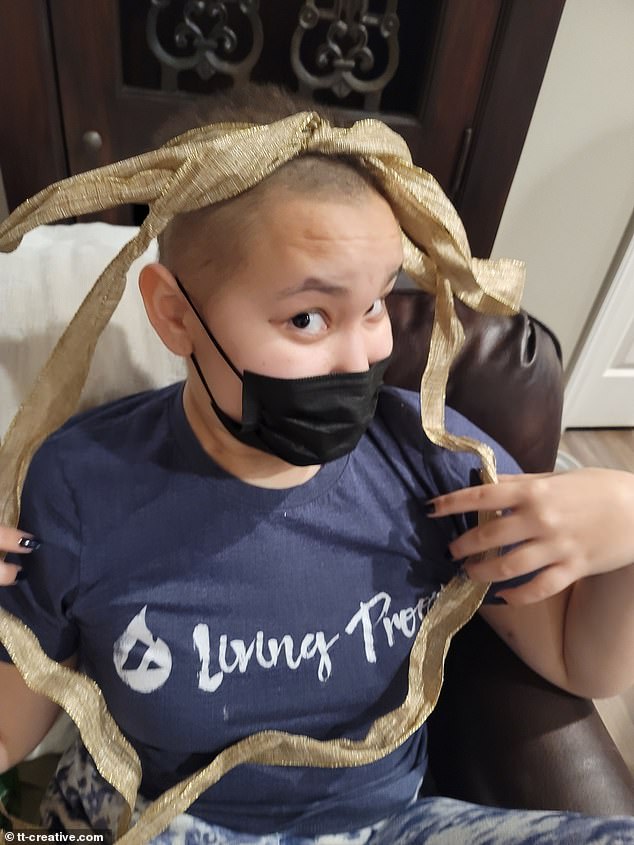 The 13-year-old (pictured) was diagnosed with Acute Lymphoblastic Leukaemia in August 2021. However, her family discovered later that Megan has a rare subtype which is resistant to chemotherapy and found in one per cent of children with leukaemia

Oncology nurses had then suggested that they make the announcement by putting the names on a Christmas ornament and wrapping it up as a present.

In the footage, Megan’s family sing ‘Happy Donor Day’ to her before she opens the box which reveals the three baubles.

Her mother Christine, 41, is shocked, holding her hands over her mouth as she realizes.

Megan’s family scream with joy, clapping and shouting as they hear the amazing news.

Later, she can be heard saying: ‘Oh my God, are you okay?’ as her family hug, laugh and cry together. 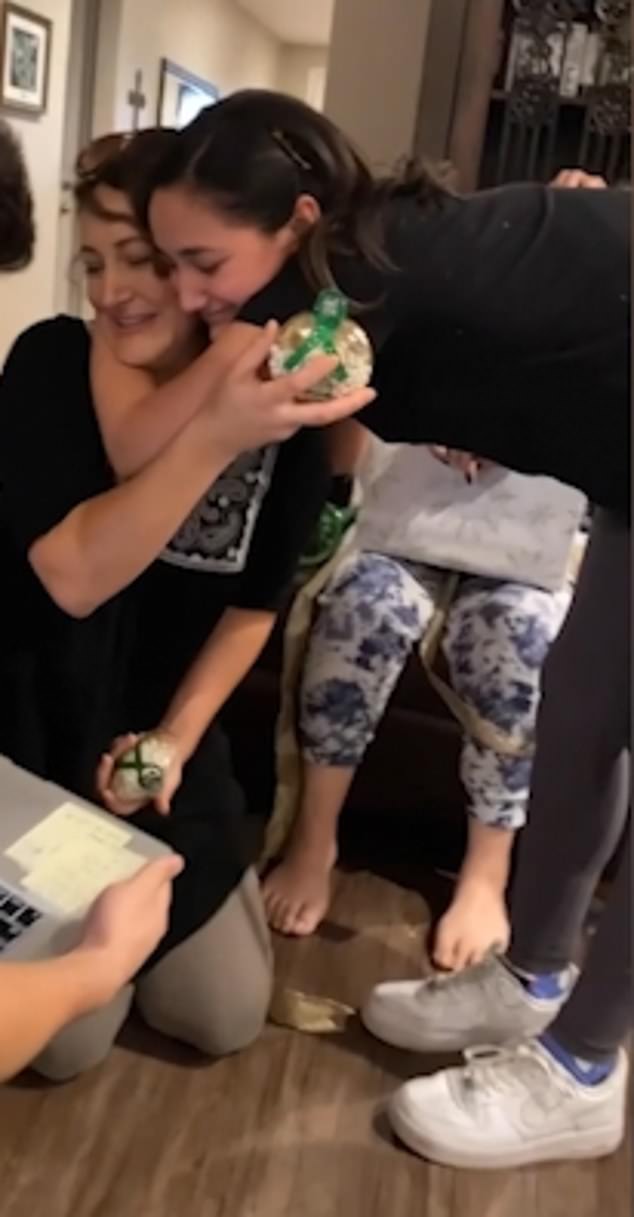 Later, Megan can be heard saying: ‘Oh my God, are you okay?’ as her family hug, laugh and cry together. Pictured: Mother Christine and sister Emily hug 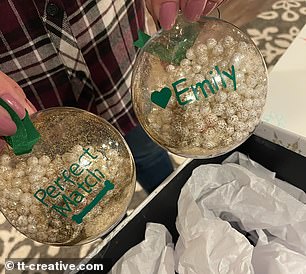 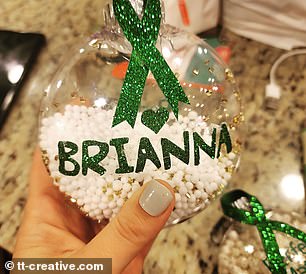 Mrs Mejia said: ‘Megan is getting a second chance at a healthy life because of her sibling. This is worth celebrating.

‘I wanted to throw a party and shout from the rooftops that our prayer was answered.

‘I’ve seen so many gender reveal parties, so why not throw a Bone Marrow Reveal Party? Both are announcing and celebrating a new life.

‘I’ve received an overwhelming response from strangers and obviously friends and family.

‘Viewers have reached out telling me they could relate to my desperation and they cried with me.

‘Many shared that this came during a trial of their own and they now have renewed hope.

‘Others have said they watched it numerous times and couldn’t stop smiling.

‘And a few have even shared their own personal cancer stories with me.’ 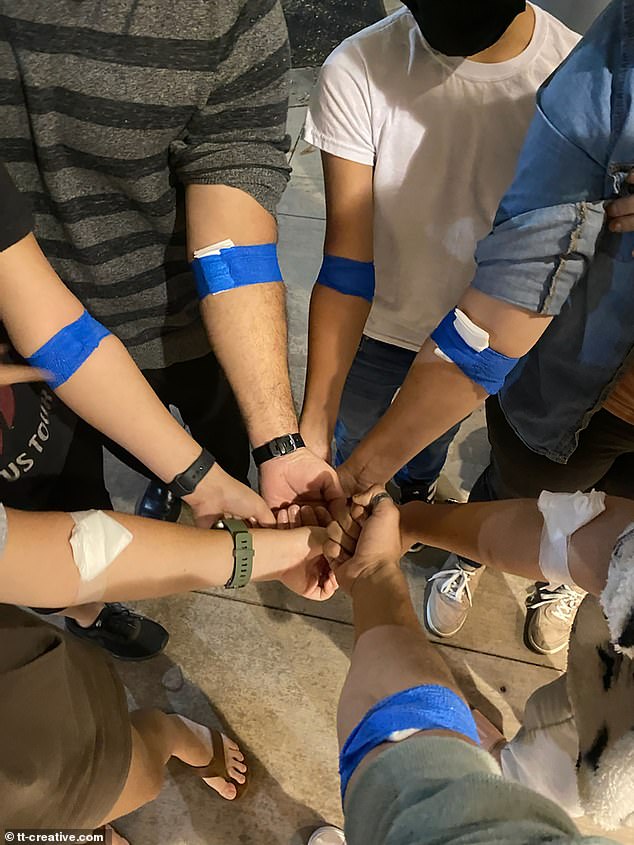