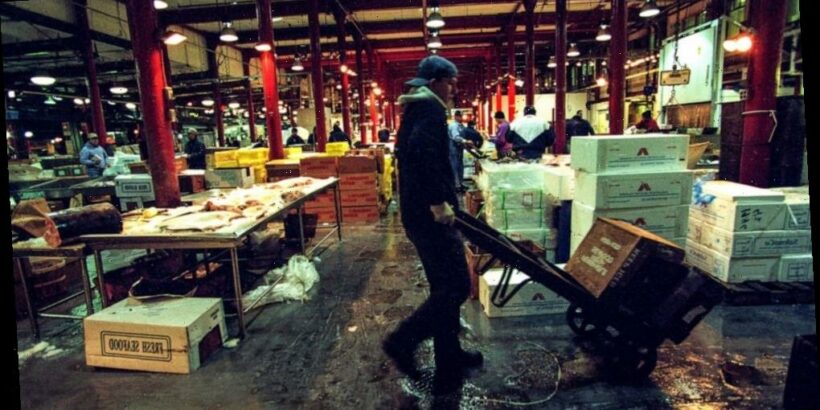 The body of a teen has been found wrapped in plastic at a New York City fish market.

The 19-year-old was unconscious and unresponsive when she was found Saturday at 95 South St. in downtown Manhattan, according to the NYPD.

The woman’s identity is being withheld pending family notification, according to police.

The Medical Examiner will determine the cause of death, police said. The investigation is ongoing.

Additional details were not immediately available.