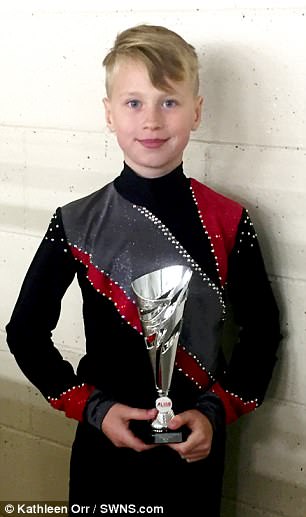 The grieving mum of a 10-year-old ice skating star who died in front of her eyes has told how he gave her the thumbs up seconds before suddenly collapsing.

Jayden Orr was on the ice skating rink in front of his parents while taking part in a training session when he died.

The talented young boy tragically could not be saved after suffering a cardiac arrest at Auchenharvie Leisure Centre in Ayrshire, Scotland in August last year.

Kathleen described her son as a ‘bubbly, mischievous wee boy’ who was popular with everyone.

The heartbroken mother, from Port Glasgow, Inverclyde in Scotland said: ‘He started figure skating when he was seven, he just took to the ice straight away.

‘He wanted to do it professionally and compete and he was training for the British championships.

‘In those three years of skating he competed seven times, and at all seven competitions, he was on the podium.

‘He loved it, it was he passion, he lived and breathed it.’

Jayden’s passing was recorded as sudden death syndrome but his family say nine months on they are no clearer on what led to his collapse.

Speaking of the day her son died, Kathleen said: ‘It was just a normal night at his training session – he was part of the Magnum Figure Skating Club.

‘He was going around the rink doing fine. He gave me and his dad a wee thumbs up, which he often did.

‘And then it was like he just sat down on the ice and that was it – he never recovered.

‘It was terrifying. We just stood there totally helpless.

‘We hoped that once he was in the hospital it would all be ok, but they worked on him for an hour and 20 minutes and then he was gone.

Now the youngster’s family is campaigning for every school in Inverclyde, west Scotland to have a defibrillator and make training to use them mandatory in schools. 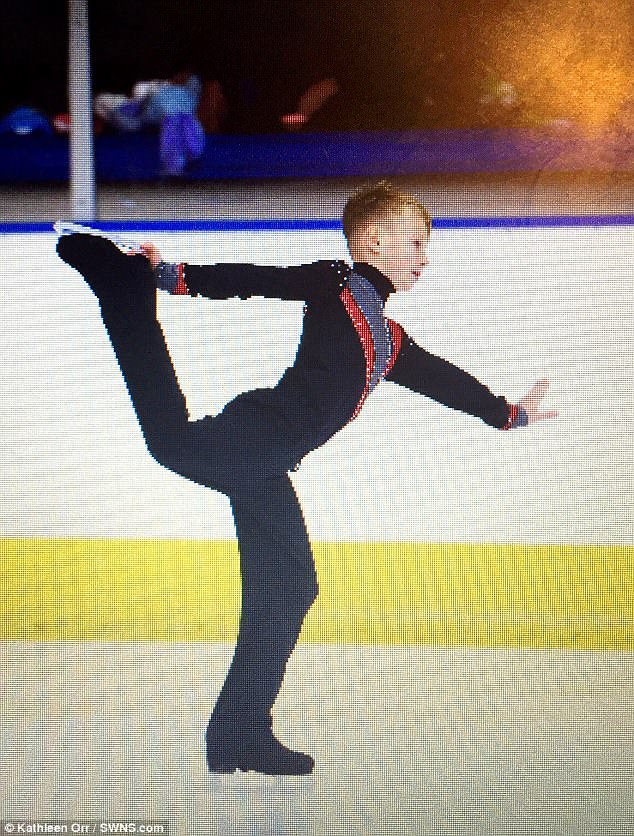 Jayden performs tricks on the ice rink, his mother Kathleen says her son might have been saved if people at the rink had been confident using a defibrillator

They also want to get all defibrillators registered with the Scottish Ambulance Service.

This will allow ambulance staff to direct people to the nearest defibrillator to use until paramedics arrive.

As well as setting up a Just Giving page, they created a charity, Jayden’s Rainbow.

In three months the family has raised £17,000 and ordered their first 10 defibrillators.

Kathleen said: ‘We have now taken the campaign to the Scottish Government to get them on board.

‘We wanted them to see how much having defibrillator registered and giving people the training to use them, could help others in the future. 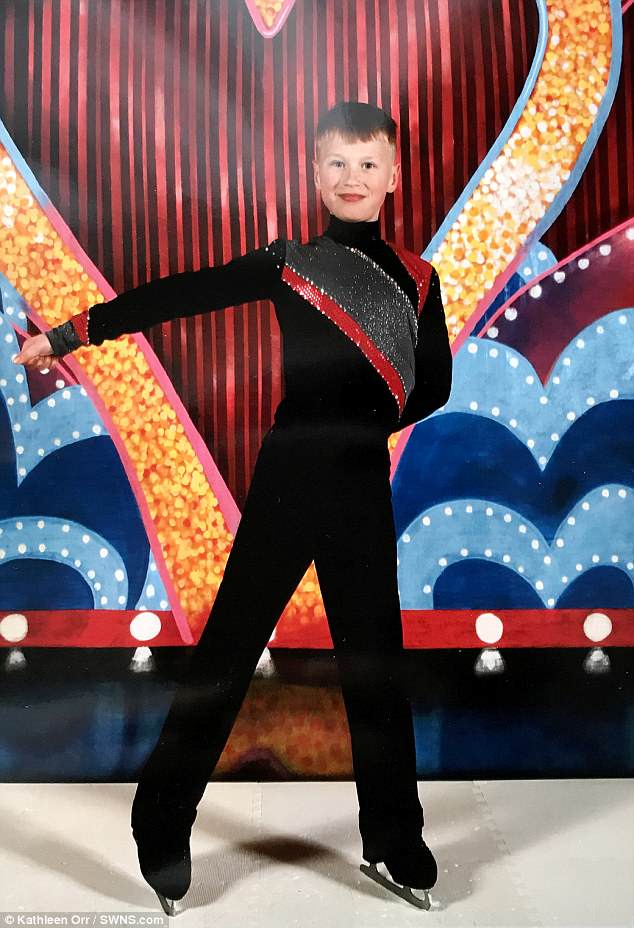 ‘Defibrillators need to be registered with the ambulance service so when you call 999 they can tell you where the nearest one is.

‘Otherwise, it is completely pointless to have one because the ambulance service doesn’t know there is one there.

‘This is massively important. These are life-saving pieces of equipment but people are too scared to use them.

‘We want to get training for kids in school so they would know what to do and how to use a defibrillator, and they wouldn’t be scared.

‘You could train a child for six weeks and they will remember that for the rest of their lives.’

A spokesman for KA Leisure said: ‘We can confirm that following the collapse of Jayden Orr during a figure skating session in August 2017 members of staff prepared the defibrillator for use however it wasn’t deployed on the instruction of the attending emergency services.

‘We are also able to confirm that the staff in attendance were qualified and had received ongoing training in the use of defibrillators.’