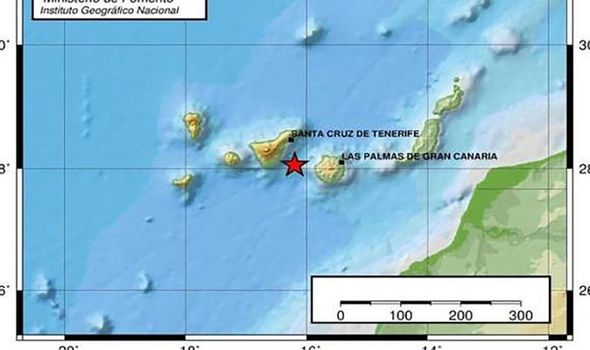 According to data from the 24-hour monitoring group the National Geographic Institute the earthquake hit 25 kilometres deep. It is the latest in a series of similar earthquake. Today’s quake hit at 7.45am local time in the Volcan de Enmedio fault, under the sea between the islands of Gran Canaria and Tenerife.

The fault links the two islands.

Experts from the University of Seville and the Laboratory of Astronomy, Geodesy and Cartography of the University of Cádiz have published a study in the Journal of Geodynamics in which the behaviour of the geodynamic zone of the island of Tenerife is analuyse.

Although the objective of the study was not the behaviour between the two areas, experts observed behaviour in the islands of Tenerife and Gran Canaria could be caused by the action of the fault between the two islands.