ALGIERS (Reuters) – Tens of thousands of protesters demanding the removal of Algeria’s ruling elite gathered in the capital Algiers for a 12th successive Friday, defying attempts by the army to ease tensions ahead of presidential election. 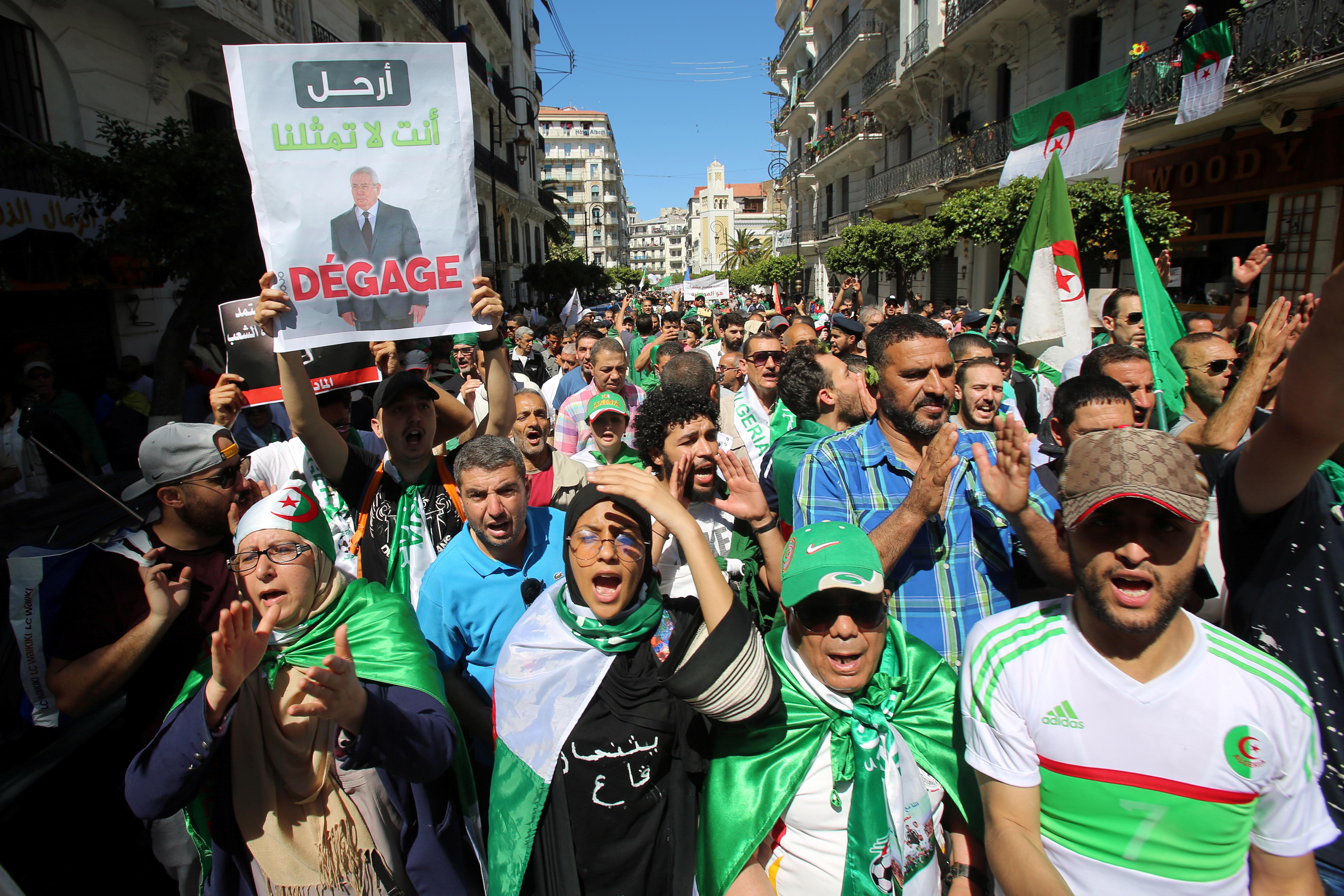 The demonstrators are pushing for radical change by seeking the departure of senior figures, including politicians and businessmen, who have governed the North African country since independence from France in 1962.

“They all go,” read a banner held up by protesters draped in national flags gathered in central Algiers, which has seen a succession of large anti-government marches since Feb. 22.

“We will not give up. The battle will continue,” said a 37-year-old school teacher, marching with his wife and two children.

The demonstration was peaceful but smaller than those that have shaken Algiers over the past weeks. This is the first protest since the start of the holy month of Ramadan.

Thousands of protesters also took to the streets in other cities, including Oran, Tizi Ouzou and Constantine, chanting anti-government slogans, witnesses said.

After 20 years in power, President Abdelaziz Bouteflika quit on April 2 under pressure from protesters and the army, but demonstrations have continued, seeking the removal of all officials belonging to the old guard and the introduction of political reforms.

Protesters are also demanding the resignation of interim president Abdelkader Bensalah, the head of the upper house of parliament who has replaced Bouteflika for 90 days to oversee a July 4 presidential election.

The army, the north African country’s most powerful institution, has sought appeasement by meeting a number of protesters’ demands including launching anti-graft probes against people suspected of misuse of power and public funds.

Last week, Bouteflika’s youngest brother, Said, and two former intelligence chiefs were placed in custody by a military judge over “harming the army’s authority and plotting against state authority”.

At least five businessmen, including the country’s richest man, Issad Rebrab, who is active in food industry and sugar refining, have been detained for alleged involvement in corruption scandals.