The real reason Harry and Meghan are moving to Windsor is because of tensions between the two brothers, it’s claimed.

Initially it was thought that a frosty relationship between Meghan and Kate was to blame for The Duke and Duchess of Sussex’s move from Kensington Palace.

But the driving force behind the divide is actually friction between Harry and William, according to The Sun.

The driving force behind the divide between the two couples (pictured in July) is friction between Harry and William, it is claimed

The paper claims Harry has accused William of trying to ‘wreck his marriage’ after his older brother voiced concerns over Meghan.

The Duke of Sussex is also said to be overly-protective about his wife because ‘he couldn’t do the same for Princess Diana’.

A Palace insider told The Sun: ‘It’s my opinion that Harry feels he couldn’t protect his mother, so he’s going all out to protect his wife. This is his way of atoning.

Happy couples! The Camrbdiges and Sussexes were all smiles as they attended church at Sandringham on Christmas Day in 2017, but rumours emerged in recent weeks of a rift between the foursome

‘He will brook absolutely no criticism of Meghan — and he is so sensitive he often sees criticism or negativity where there isn’t any.’

The first hint of friction between the brother came when Harry introduced William to Meghan, 37, the first time she came to stay at Kensington Palace.

Once she’d left, William reportedly warned Harry that they didn’t know her intentions and her background, according to the paper.

Harry then reportedly ‘went mental’ and accused his brother of trying to finish their relationship before it had started.

Other royals are thought to have expressed their concerns to the Duke of Sussex.

Kensington Palace refused to comment when approached by MailOnline. 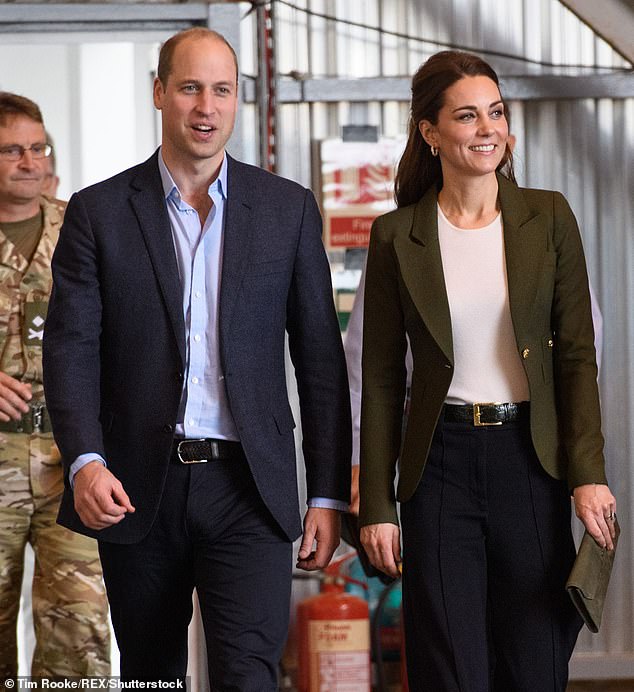 Prince William and the Duchess of Cambridge visit military personnel in Cyprus on December 5. The royal couple skipped a board meeting attended by Prince Harry and Meghan

William and Kate lead the foundation together with Harry and Meghan but while the Duke and Duchess of Sussex both attended the meeting, as well as a staff Christmas party afterwards, the other two members of the so-called Fab Four didn’t show up.

Kensington Palace insists that the Cambridges were not expected, but a source admitted that it ‘was a shame’ they didn’t attend the meeting or the subsequent party.

Rumours of a rift between the Cambridges and the Sussexes have spread like wildfire following the announcement that Harry, 34, and Meghan, 37, are set to move away from Kensington Palace to Frogmore Cottage.

And the latest chapter of the rumoured rivalry saw Harry and Meghan attend the board meeting alone.

A source revealed: ‘Not only were Harry and Meghan there, but they went to the staff Christmas party afterwards.

‘It was a very jolly affair. It’s a shame that William and Catherine did not turn up.’

Kensington Palace insists that the Cambridges had not been expected. ‘Their Royal Highnesses attend these meetings in turn,’ a spokesman says.

‘This session was focused on programmes led by the Duke of Sussex.’

Although the rift has mostly focused on the relationship between Meghan and Kate, recent reports suggest that the issue is actually between William and Harry.

According to the Sun, a royal source claims that Harry is accusing William of trying to ‘wreck his relationship with Meghan’.

William is believed to have ‘voiced concerns’ about Meghan to his brother.

And Harry’s over-protectiveness of his wife has apparently driven a wedge between the two brothers.

One courtier told the Sun: ‘It’s my opinion that Harry feels he couldn’t protect his mother, so he’s going all out to protect his wife.

‘This is his way of atoning. He will brook absolutely no criticism of Meghan — and he is so sensitive he often sees criticism or negativity where there isn’t any.’

The friction between the two apparently started when William tried to give Harry some brotherly advice about the Canadian actress, back when their romance was still fairly new.

However, the chat went down badly with one friend saying that Harry ‘went mental’.

The friend added that the relationship between the two brothers has never really recovered since. 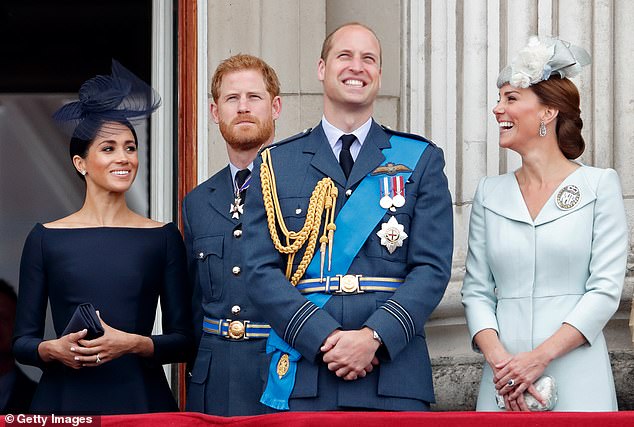 The source also revealed that Meghan felt rebuffed when she tried to befriend Kate and that the brothers are competing against each other over palace appointments.

Meghan apparently tried to approach Kate to learn the ropes but the Duchess of Cambridge was pre-occupied with her children Prince Louis, George, five, and Charlotte, three.

The Duchess of Sussex is also said to be surprising the royal household with just how keen her mind is.

Harry and Meghan are set to move out of Kensington Palace – and away from William and Kate – to make a new home at Frogmore Cottage in Windsor.

Officially, the couple are moving to have their own space for their new child who is due in the spring.

However, rumours have spread since the announcement that a secret family feud is the real reason for the move. 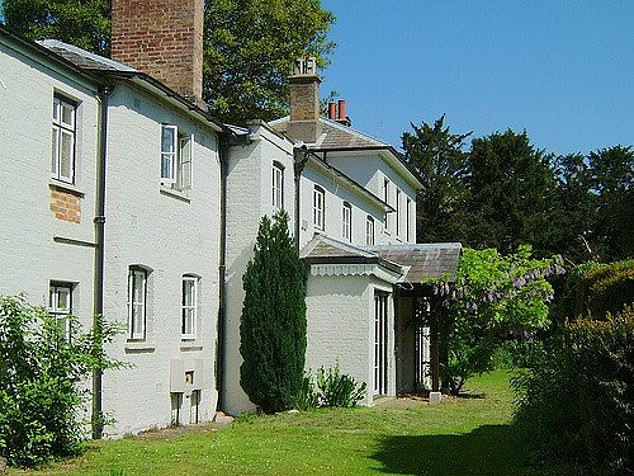 New beginnings: Harry and Meghan’s new home of Frogmore Cottage, pictured, is situated in the private Home Park and looks out onto the stunning grounds of Frogmore House