Tensions between Boris Johnson and Rishi Sunak are building as the Chancellor is accused of making a ‘power-play’ during the reopening of UK plc.

Mr Sunak has been described as ‘Captain Sensible’ and ‘unsackable’ by ministers as he tries to kickstart the economy and lead the UK back to normality.

He has reviewed measures to boost Britain’s flagging economy this week, including a radical reform of pensions and slashing National Insurance.

It is thought his radical plans to get businesses back on their feet and smash the pensions triple lock have been a source of friction with the PM.

The tension builds as Office for National Statistics (ONS) data released yesterday show that UK debt is bigger than GDP for the first time in 57 years. 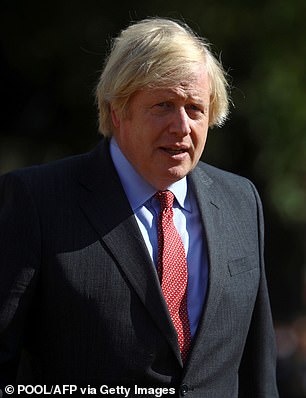 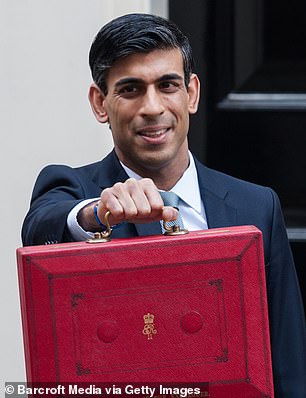 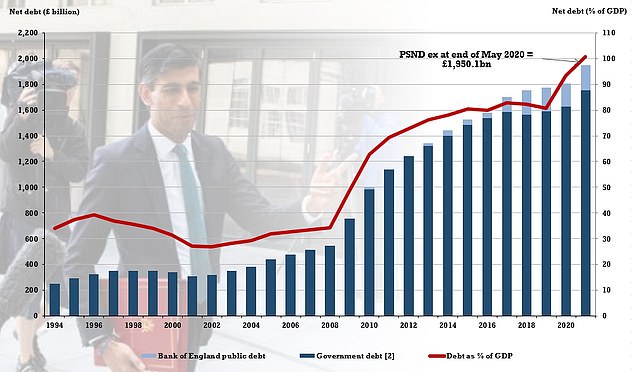 Public sector debt was fractionally below £2trillion at the end of last month – equivalent to 100.9 per cent of GDP – according to ONS data released yesterday

Earlier this week, the Chancellor was reported to be considering breaking the pensions triple lock – a Tory manifesto pledge – amid soaring costs.

Meanwhile, the PM has been ‘blundering’ his way through a gruelling week, ministers told The Times – including making a public U-turn on free school meals for schoolchildren after coming under pressure from footballer Marcus Rashford.

One source alleges that tensions between No10 and No11 are building, calling Mr Sunak’s attempted pensions reform ‘a power-play by Rishi’. 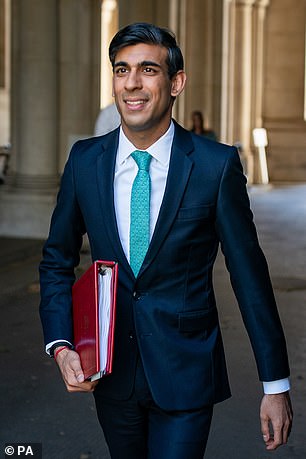 Mr Sunak has been described as ‘Captain Sensible’ and ‘unsackable’

They told the paper: ‘He’s Captain Sensible while Boris is blundering. You’ve got to ask whether this is a Cameron-Osborne sofa government or we could be in for a Blair-Brown s***show.’

The Chancellor’s moves come as ONS data show debt was around £2trillion at the end of last month – equivalent to 100.9 per cent of GDP.

The grim milestone was reached after the Government borrowed £55.2billion over the month as lockdown wreaked havoc on the economy – nine times the figure for May last year, and the highest since records began in 1993.

The last time debt was bigger than the whole economy was 1963.

ONS data underlines the scale of the damage being inflicted on business and the public finances by lockdown.

The Government is propping up 9.1million jobs through the furlough scheme, which together with the bailout for the self-employed is expected to cost over £100billion.

Mr Sunak, who has been pushing in Cabinet for the two-metre social distancing rule to be eased, said evidence was growing of a ‘severe impact’ on the UK.

‘The best way to restore our public finances to a more sustainable footing is to safely reopen our economy so people can return to work,’ he said.

Meanwhile, Mr Johnson has reassured the public that Britain will ‘bounce forward’ and will ‘come back’ – despite admitting lockdown has been ‘expensive’. 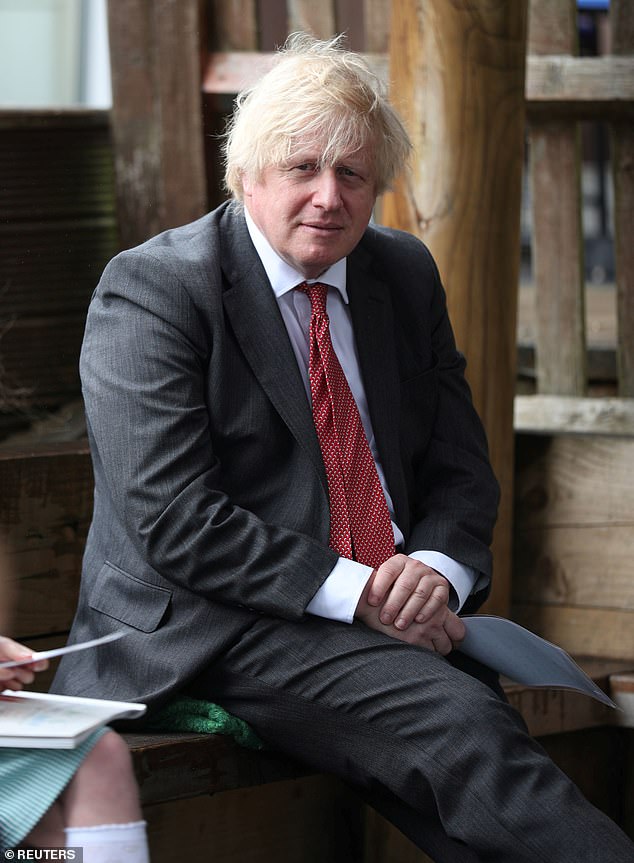 The PM said: ‘Over the course of days and weeks you will be hearing a lot more from me and the Chancellor about how we want to bounce forward as a country.

‘How we are going to double down on our programme of uniting and levelling up with infrastructure, education, technology.’

Yesterday, provisional statistics published by HM Revenue and Customs showed that lockdown has cost the Treasury over £2.5billion in lost fuel data.

Data show the Government received £4.1billion in duty on petrol and diesel sales between March and May, compared with £6.6billion during the same period in 2019.

AA president Edmund King said: ‘These startling figures show that the collapse in car use is costing the Treasury billions.

‘The AA’s tracking of car trips since March 23 showed a fall of up to 80 per cent of trips in the early weeks of lockdown.

‘Even though traffic has increased in recent weeks it is still much lower, particularly in the evenings and weekends, which is also reflected in our breakdown figures. 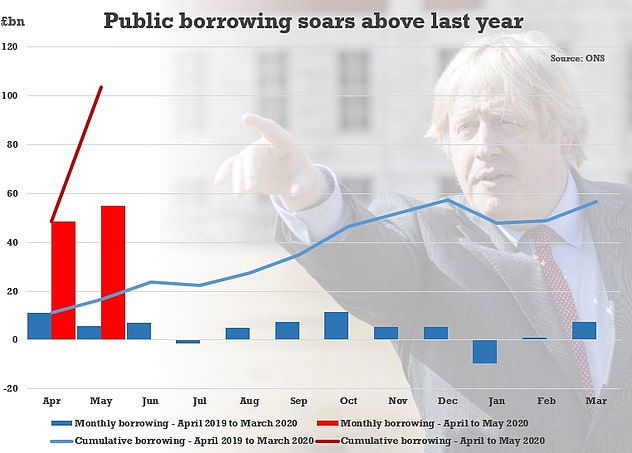 The Government was forced to borrow £55.2billion in May, according to the ONS. That was nine time the figure for May last year, and the highest since records began in 1993

‘These new statistics illustrate just how much central and local government rely on tax, parking charges and fines from car owners to support public finances.’

Motorists pay 57.95p in fuel duty for each litre of petrol and diesel they buy. The amount has been frozen since March 2011.

The Bank of England has warned the country faces the worst recession in 300 years.

On Thursday, its quantitative easing programme – effectively printing money – was expanded by £100billion to £745billion.

Interest rates are at an historic low of just 0.1 per cent in a bid to kickstart activity.

Talk of introducing negative interest rates has died down, though Governor Andrew Bailey has hinted that the policy is under consideration.

There was a small glimmer of light as the Bank’s monetary policy committee suggested the slump in activity this quarter might be slightly smaller than previously estimated – 20 per cent rather than 27 per cent.

Mr Sunak is putting together a stimulus package in a bid to get the country back up and running, with VAT cuts thought to be under consideration.