The weird arachnid was captured on camera by scientist and photographer Andreas Kay in Ecuador last summer. 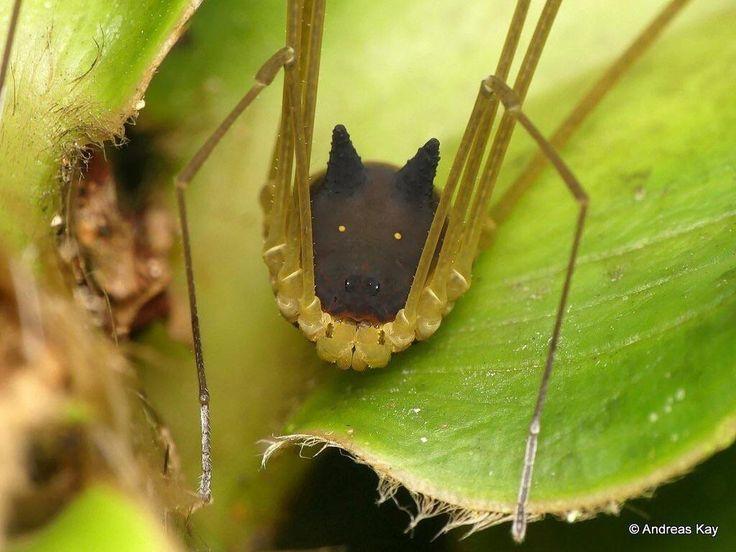 The bizarre arachnid appears to have pointed ears, yellow glowing eyes and even a snout, and has been likened to The Grim from Harry Potter.

But a closer look confirms that the yellow dots are just markings on the spider’s body and not creepy eyes.

The little creature is actually nothing to be frightened of though, as it is in fact a Bunny Harvestman spider and is no bigger than the average thumbnail.

The creepy-looking pic was shared on social media by science writer Ferris Jabr, who captioned the snap: “This is not a photoshopped image.” 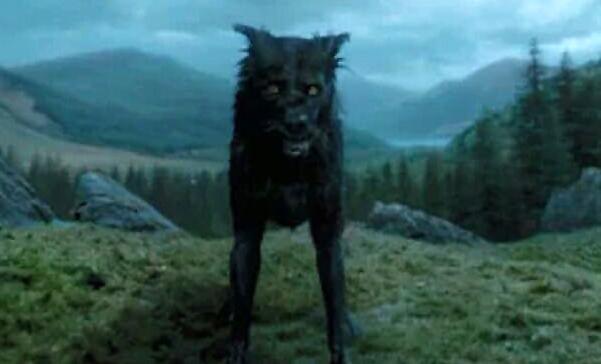 He goes on to say: “This is a real photo of an actual living arachnid, a cousin of the spiders, called the bunny harvestmen (metagryne bicolumnata).

“But clearly it should be called THE GRIM”.

As of April 2017, there were more than 6,650 species of harvestmen known to exist worldwide, although the total number is actually believed to be in excess of 10,000.

Harvestmen spiders are actually harmless as none of the known species have venom glands.

Their chelicerae  – the teeth in the front of the mouth that look like pincers – are not hollowed fangs but grasping claws that are typically very small and not strong enough to break human skin.

They have two sensory organs on the front of their head, called pedipalps, which are often mistaken for legs.

Harvestmen spiders are believed to be have been around for more than 400million years and can be found on all continents except Antarctica.