A stranger followed a terrified woman up to her apartment, forcing her to scream and barricade herself inside.

Sarah, 44, noticed an unknown man follow her into her Melbourne apartment building after a night out with friends.

Disturbing footage shows the man, who didn’t have a security pass, sneak through the door behind her. 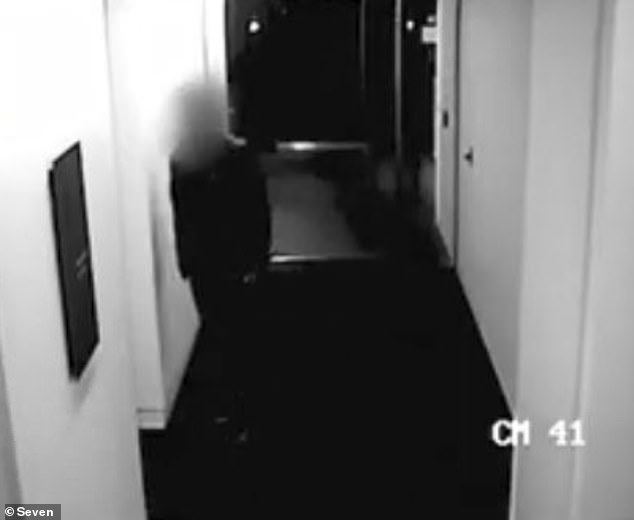 Disturbing footage has captured the terrifying moment a stranger followed a woman up to her apartment, forcing her to scream and barricade herself inside (pictured)

He then hides behind a wall as the 44-year-old stands alone and waits for the lift.

Sarah said she began to worry when the stranger followed her into the lift.

‘I was just worried that he was going to attack me,’ she told 7News.

When she got to her floor and the man followed her out of the lift,  o she began to scream at the top of her voice in fear.

He quickly fled the apartment building before she barricaded her door with her dining room table and chairs. 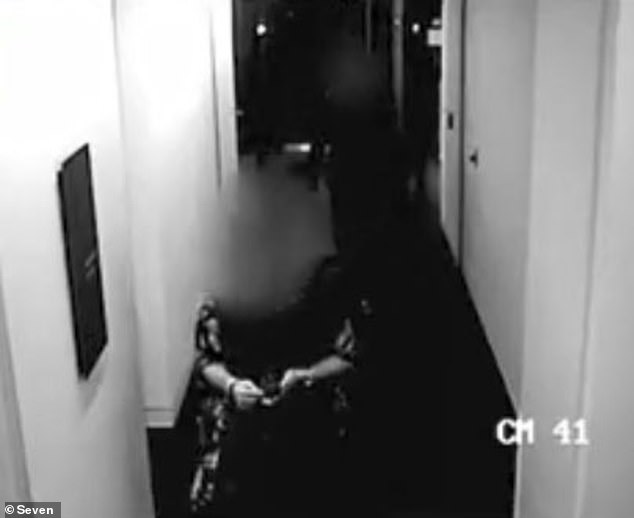 The 44-year-old has submitted the footage to Victoria Police twice since the incident six months ago, but they have yet to take action.

‘Nothing had been followed up because a crime in their words had not been committed,’ Sarah said.

She said the man had no legitimate reason to being on her floor, as none of the other residents could identify him.

She hasn’t seen the man since, but remains fearful that it could happen again.

‘We should be able to walk around without being fearful,’ Sarah said.