This is the shocking moment a BBC camera crew come under attack from villagers in Malawi who accuse them of being ‘vampire’ child killers.

The BBC journalists had been investigating a series of murders of children in northern Malawi, southeastern Africa, where the bodies of the victims had been mutilated.

Locals believe the body parts of the dead children had been ritually removed to be used by local ‘witch doctors’ as magical charms. 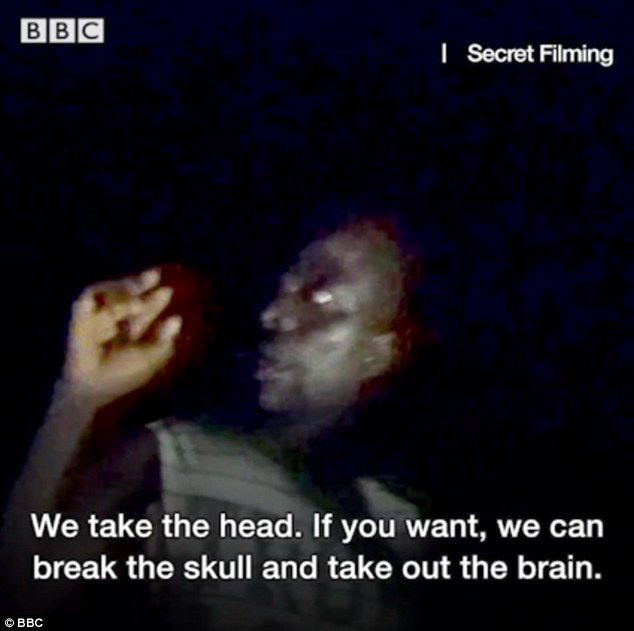 Shocking: The video shows the undercover BBC journalists meeting with a witch doctor promising to kill a child for them

They also accuse the witch doctor killers of drinking the children’s’ blood on the orders of wealthy clients to pass on ‘good luck’ to them.

During a late night meeting, the witch doctor offered to kill and drink a child’s blood to create good luck for Anas’s fake character.

However their meeting was interrupted by angry villagers, who mistook Anas and his film crew for the witch doctor and his accomplice. 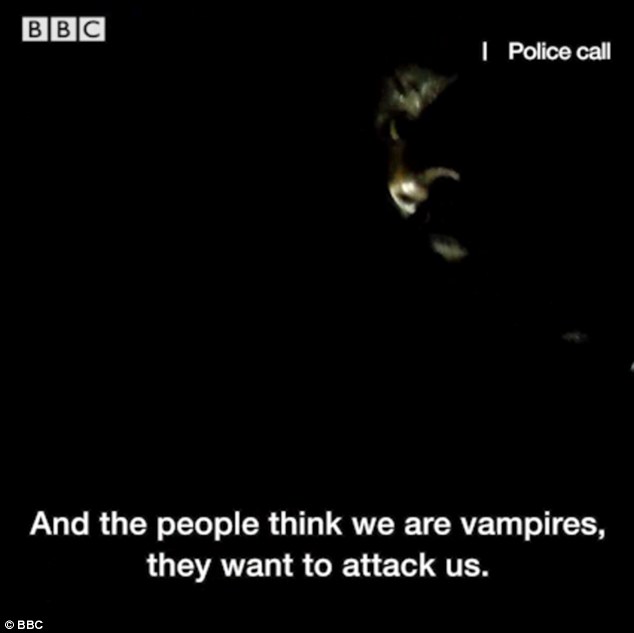 Fear: Shortly afterwards, the journalists themselves came under attack, when angry he locals mistook them for the witch doctor killers

Video footage shows them being confronted by the angry mob who threaten to kill them, pelt them with stones and destroy their vehicle.

Last year, Malawi saw a spate of ‘vampire’-related attacks, after rumours began spreading from Mozambique and in to the southern districts of Mulanje and Phalombe.

From September to December 2017, at least nine people accused of being blood-suckers were killed by vigilante mobs, and hundreds of villagers were arrested in connection with alleged mob murders.

The violence even prompted the United Nations and the U.S. embassy to declare some parts of the country no-go zones, and the UN pulled staff from the country.