This is the terrifying moment a boy’s reflection appears to move away faster than he does.

The boy is pulling faces in the mirror at his home in San Antonio, Texas while his mother films him.

She sent the video on Snapchat with the words: ‘Is it just me or did his reflection walk away quicker than he did?’

The video has now gone viral on Twitter with more than three million views and shared more than 109,00 times.

The video of the boy shows him sticking his tongue out before losing interest.

But before he has even turned away the reflection has already disappeared, appearing to move faster that the child.

Twitter has since gone into a frenzy trying to understand how this is possible. 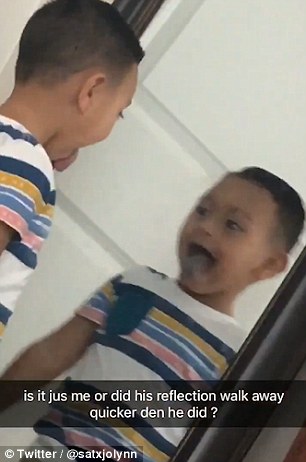 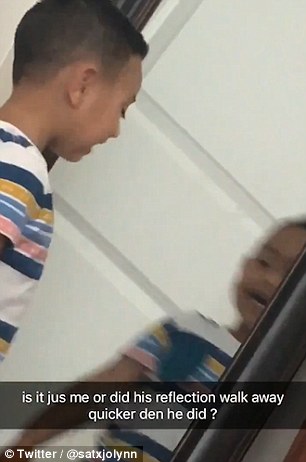 One Twitter user said she didn’t want to know the cause because ‘that’s how a little boy in scary movie starts’.

Another said: ‘I’ve never heard of a mirror that’s got a .5 second delay.’

‘Everybody knows mirror images are from another dimension, they can do what they want,’ reasoned a third.

The original owner of the video posted it on August 20, @satxjolynn, said a day after posting it that the illusion was caused by a combination of the angle of the mirror, and the position she was sat in. 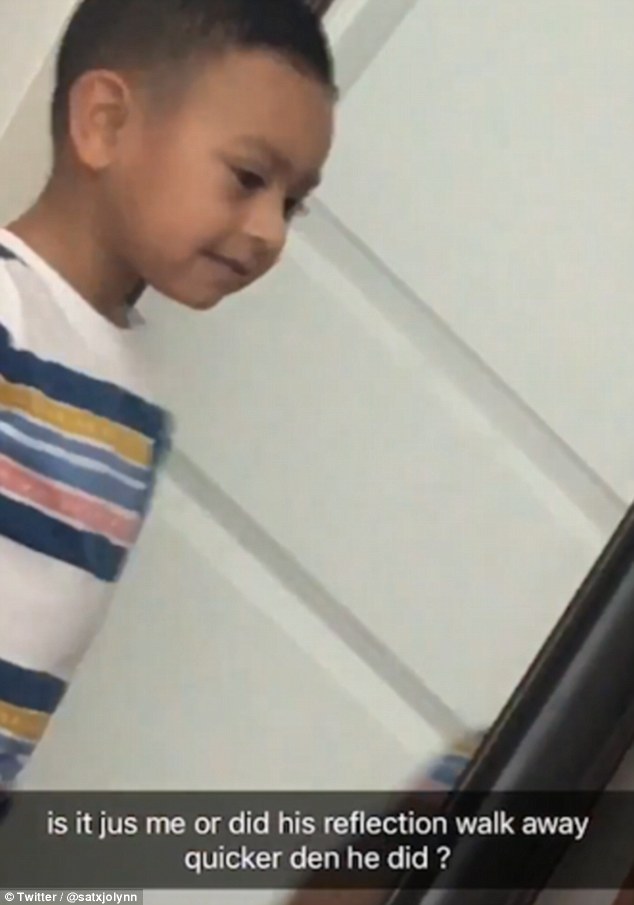 The video which has got Twitter users in a frenzy trying to explain what happened has been shrugged off by its filmer who said, it is due angles