Shocking footage obtained by The Sun Online shows the Ford Transit careering across a central reservation. 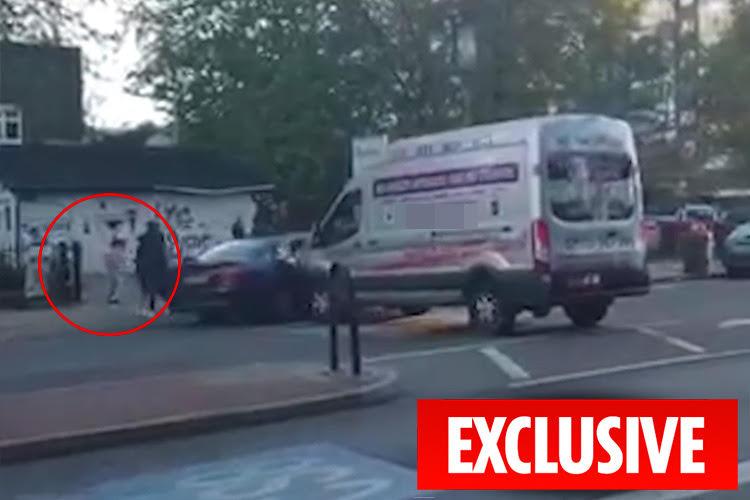 It gives chase to the reversing Beamer before ploughing head-on into it.

Three men have been arrested — including one on suspicion of possessing an offensive weapon — after the daylight rampage in Battersea, South West London this afternoon.

In our exclusive video, the van is seen smashing into the saloon car's front wing before its driver takes aim and slams into the side of the £60k motor.

Two children are pulled out of the back of the car and dash to the nearby pavement away from the carnage.

Did you witness the incident on Battersea Park Road today? We want to hear from you! Call our news desk on 0207 782 4368 or email [email protected] 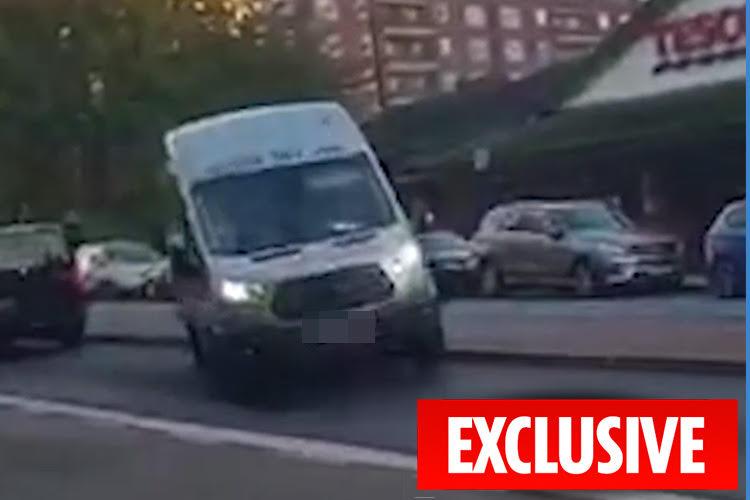 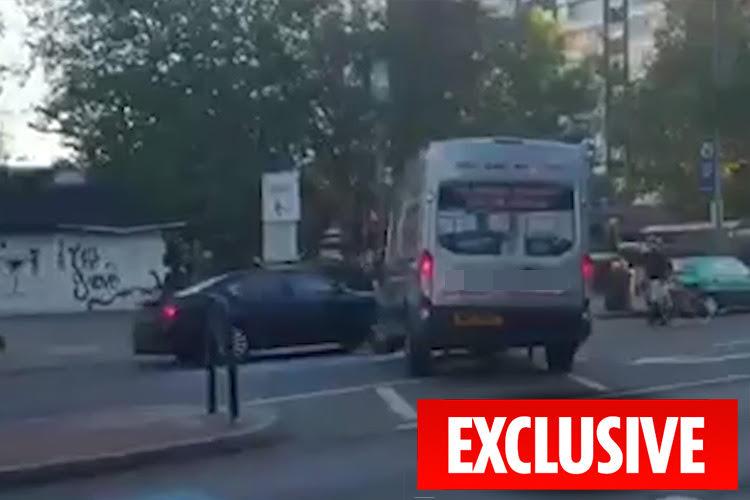 The horrified driver of the wrecked BMW then tentatively opens his door to try to make an escape.

But moments later the revving furniture delivery van speeds towards the trashed car and t-bones it once more.

This time the back window shatters – where just seconds earlier the two kids were sitting – to the sound of panicked screams from passersby.

A brave cyclist tries to intervene and shouts at the van driver to "f***ing stop it" while bystanders call the police.

The mayhem then spills out onto the street as people begin confronting each other. 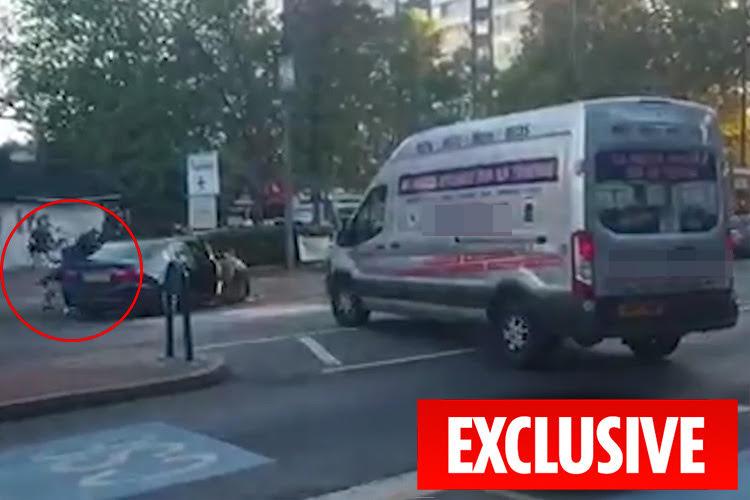 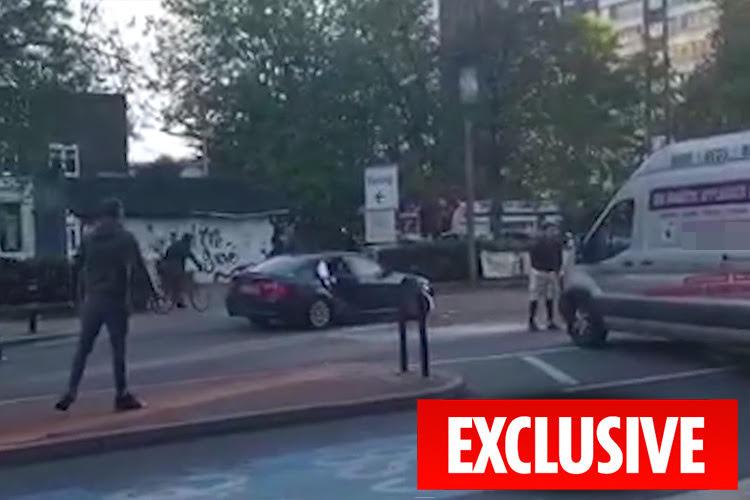 At one point a voice says: "Just remember what you done. You're a big man, yeah?

"Don't worry, you got your mate incarcerated."

It is so far unclear what sparked the violent scenes that led to three arrests this afternoon.

A Scotland Yard spokesman said: "Police attended an incident at 3:35pm after receiving reports of an altercation.

"Initially it appeared to be some sort of road rage incident.

"Officers made three arrests. Two males were arrested on suspicion of affray.

"One male was arrested on suspicion of affray and possession of an offensive weapon."