Terrified passengers scream as their bus reverses out of a landslide with a massive rock denting its roof.

The bus was trapped on the treacherous mountain pass on Sunday after Typhoon Yuto loosened the earth two weeks ago in Bengeut in the Philippines.

As the driver approaches the bend he hears rumbling and reverses slightly as one brazen road goer stands directly in the path of the slide. 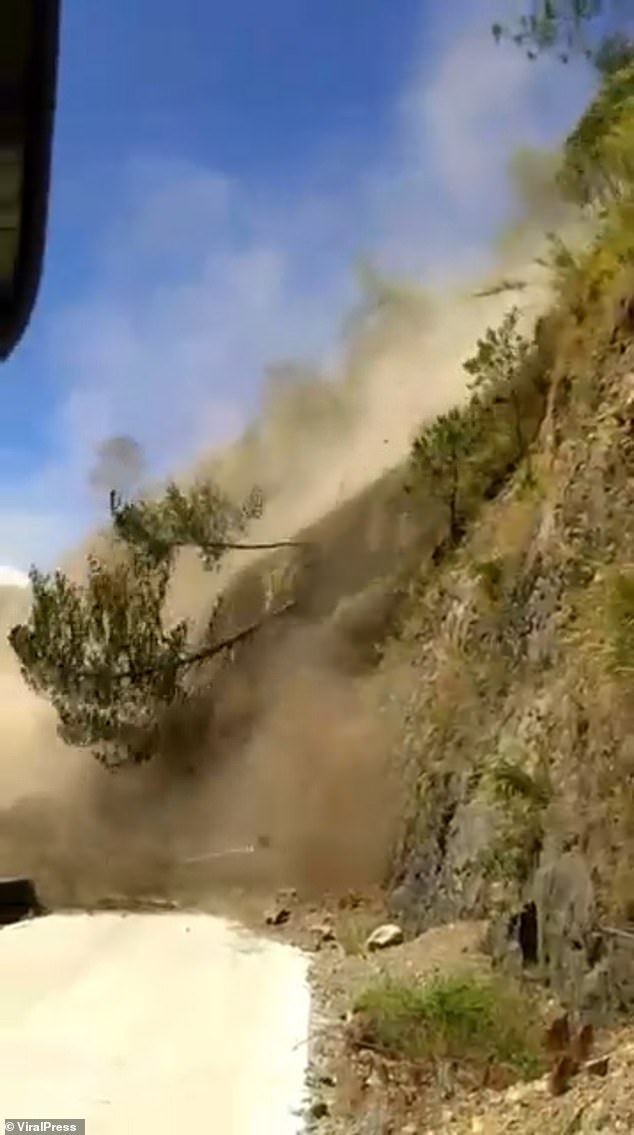 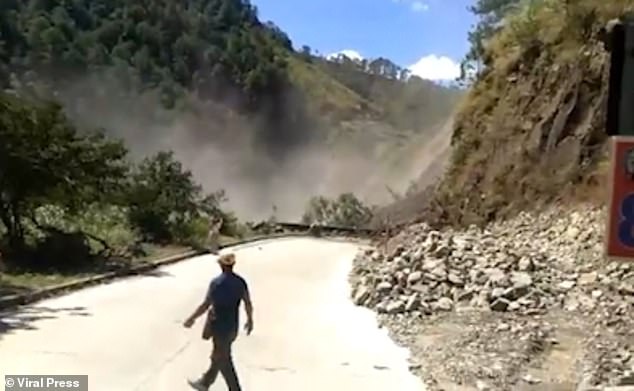 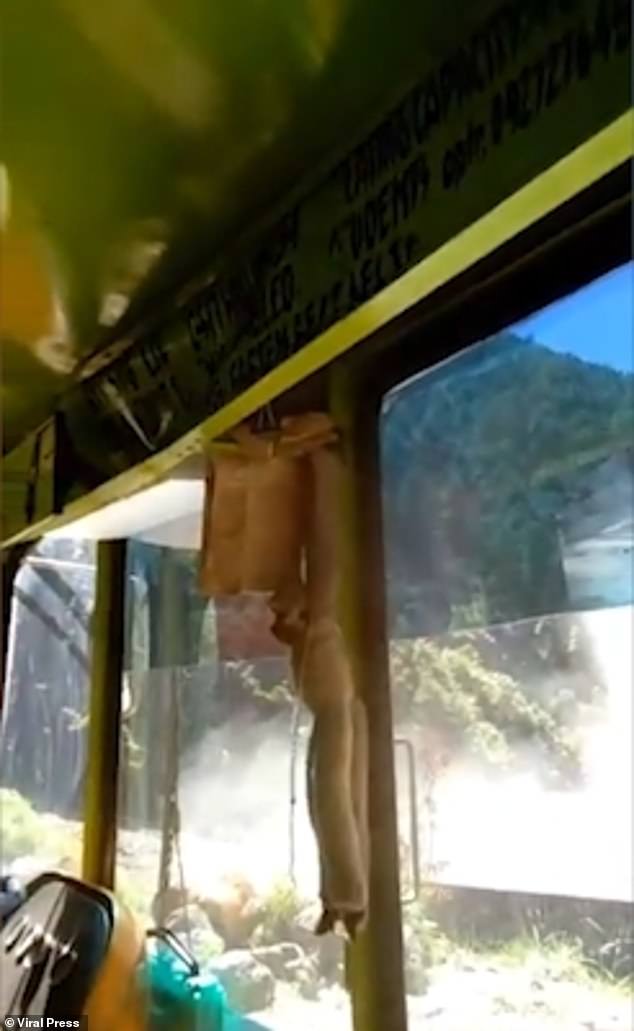 Luckily for the driver the body work was able to withstand the impact of a huge boulder which dented his roof, as its impact shows over his steering wheel

At first the driver reverses a few feet, thinking he is in the clear but as the ferocity of the landslide increases he realizes they are not safe.

He frantically tries to back up but cannot move with cars queued behind him.

Passengers cry out as the earth’s velocity can be heard as it tears trees from the ground and dislodges huge boulders.

One of the rocks falls onto the roof and makes a dent above the driver’s seat.

Miraculously nobody was injured after the landslide in the disaster-hit region of the Luzon Island, the most northern part of the Philippines.

Onlooker Kersee Masillem said: ‘We heard a rumble that was slowly getting louder like it was coming near so we knew there would be a landslide.

‘The driver decided to stop. What we didn’t expect is that it would be that bad. We had fine weather that day. 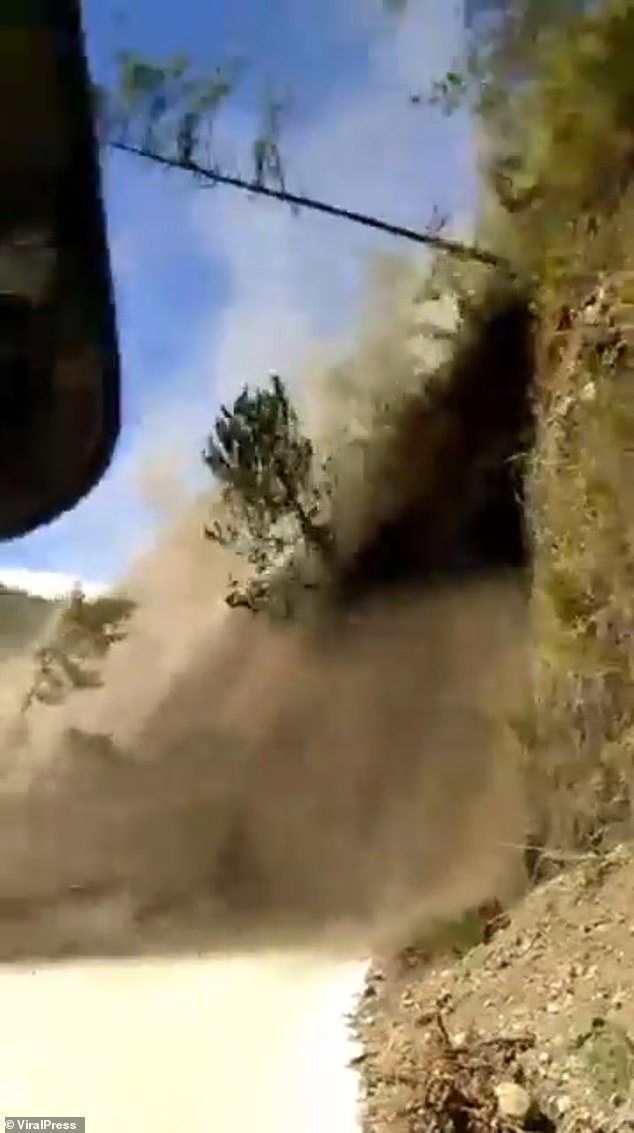 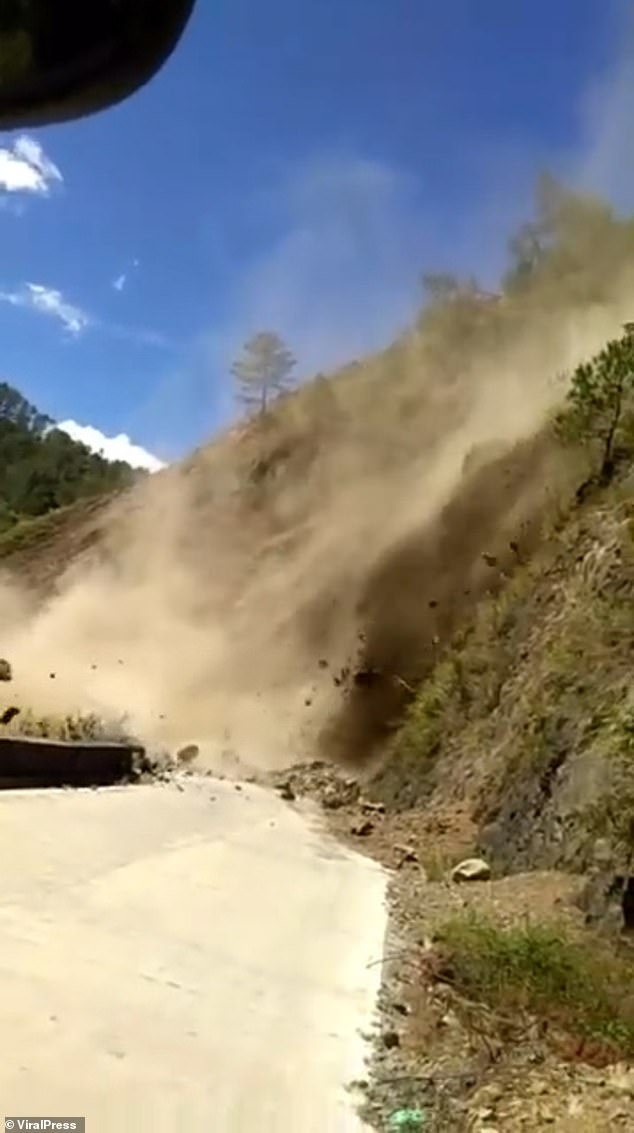 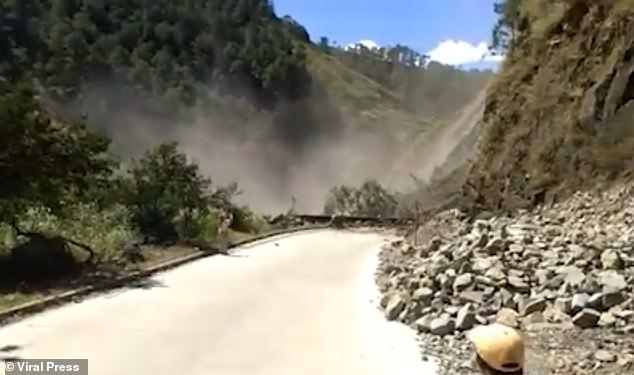 ‘The bus driver was not able to reverse the vehicle right away because there were cars behind. It was very, very scary. I’m thankful nobody was hurt.’

Several people were killed last week when Typhoon Yutu swept across the region bringing 87 mile per hour winds and 142 mile per hour gusts.