Youngsters have been captured dancing recklessly and posing for selfies at a live level crossing in unnerving footage.

Network Rail will close the crossing until further notice after the shocking scenes  in Matlock, Derbyshire.

It comes after eight incidents of deliberate misuse were captured in just one day in 2015.

The operator has urged pedestrians not to be complacent when crossing train tracks.

Vicki Beadle, community safety manager at Network Rail, said: ‘Time and time again we see people with a blatant disregard for safety at this level crossing. 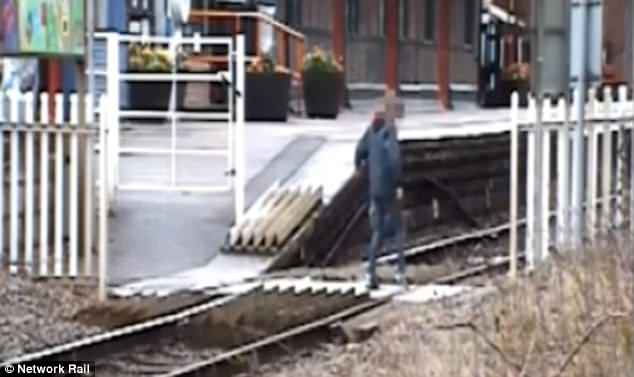 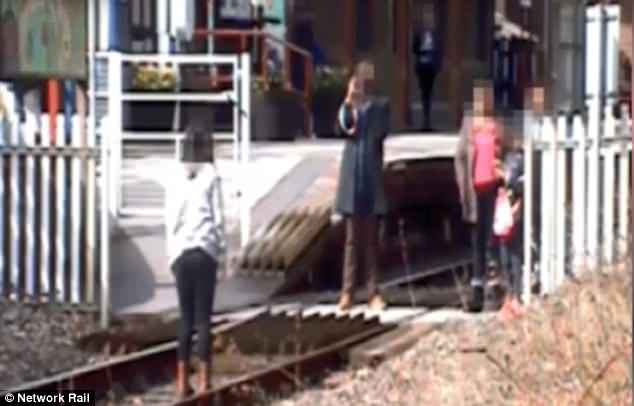 Video has emerged of people posing for pictures on the level crossing in Matlock, forcing authorities to shut it

‘The footage is shocking and people need to realise that this type of complacent attitude is incredibly dangerous.

‘We’ve seen adults with children taking selfies on the crossing, people walking down the tracks and young people using the crossing with their eyes glued to their mobile phones.

‘Level crossings need to be treated with the respect they deserve as they are there to keep you safe.

‘We’re doing lots to improve safety at level crossings, including working closely with the British Transport Police, running safety campaigns and awareness days, as well as visiting schools to highlight the dangers of trespassing and messing about on the railway. 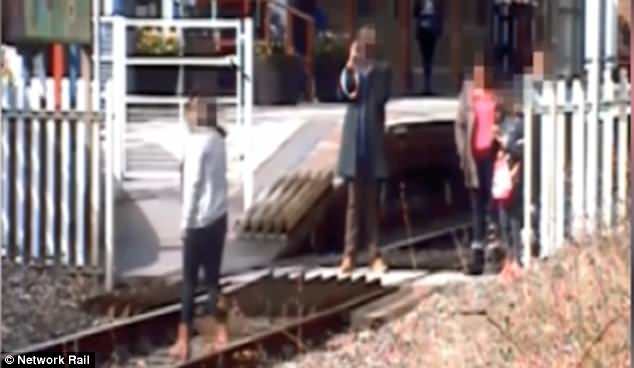 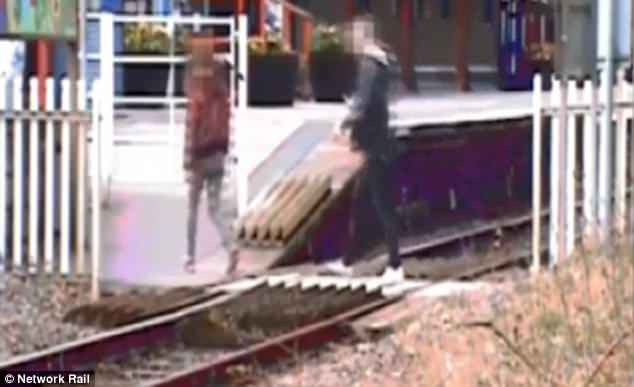 Network Rail is closing the level crossing in response to deliberate misuses at the site in Matlock, Derbyshire

‘This crossing will close later this year which shows just how seriously we take incidents of deliberate misuse at level crossings.’

After it is closed later this year, access over the line will still be allowed via an existing road and underpass nearby.

Network Rail has also issued advice for how to be safe at level crossings: