Emma Mason-Lucas, 34, suffered bruising and cuts to her back, arms, legs, and shoulders after being set upon during a vicious midnight assault. 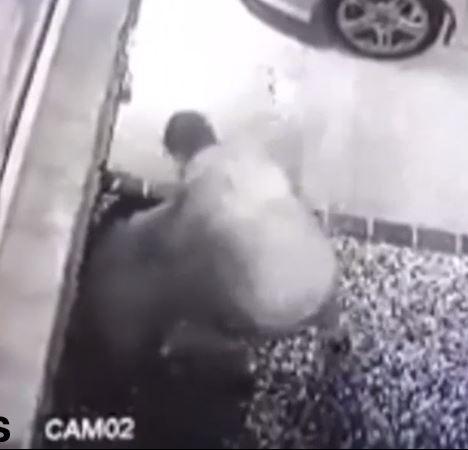 She has blasted the justice system and feels "betrayed" after attacker Jamie Dainty, 19, walked free from court.

He pleaded guilty to two cases of assault by beating and given a six-week curfew, a community order and told to pay £150 in compensation by Wigan and Leigh Magistrates' Court on May 23.

The dispute began after Ms Mason-Lucas, who lives in Norley Hall, Wigan, claims she spotted a young relative of Dainty's on her shed – which is attached to the side of her house – and shouted at them to get down.

Ms Mason-Lucas, who is self-employed, claims the children were playing truth or dare and were shining torches which grabbed her attention. 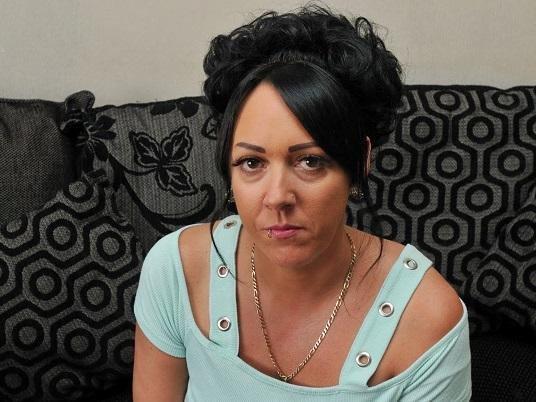 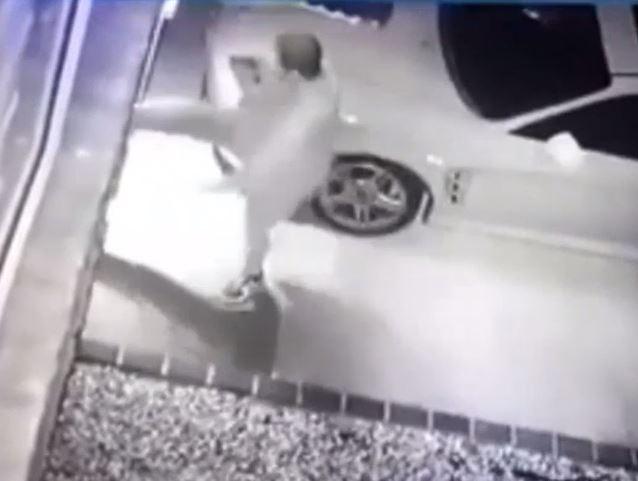 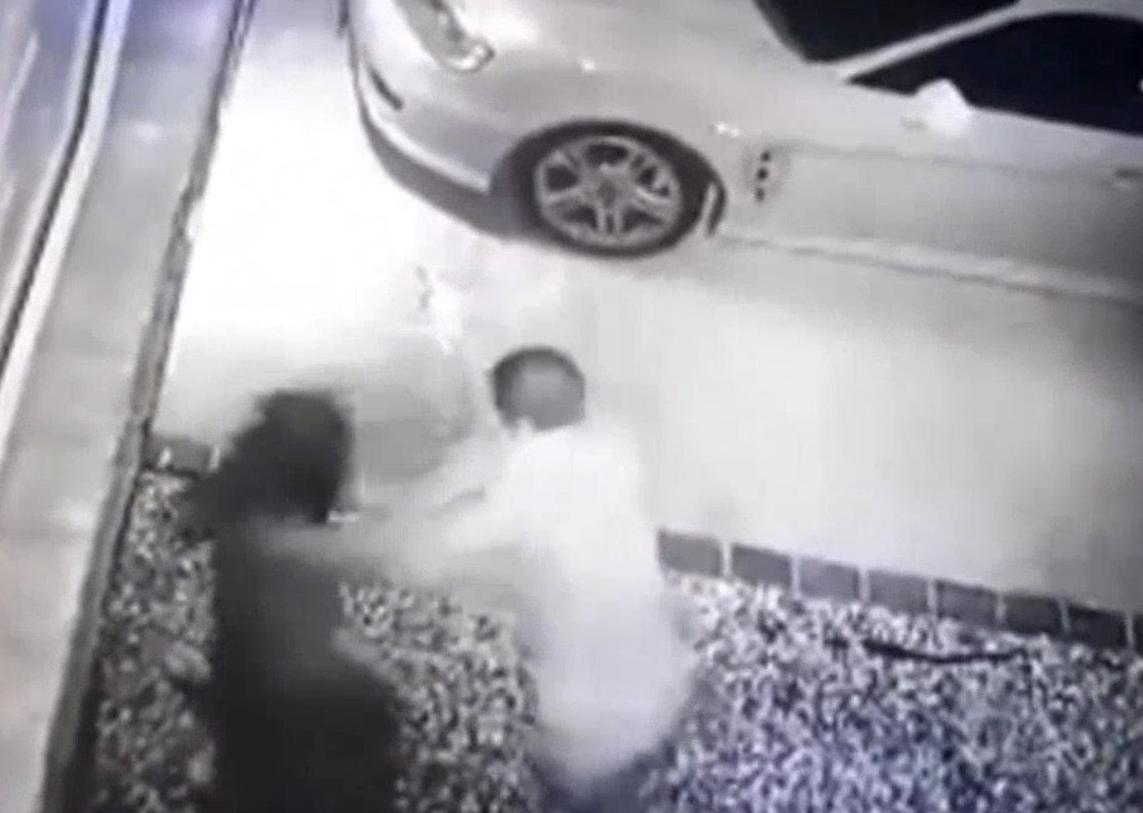 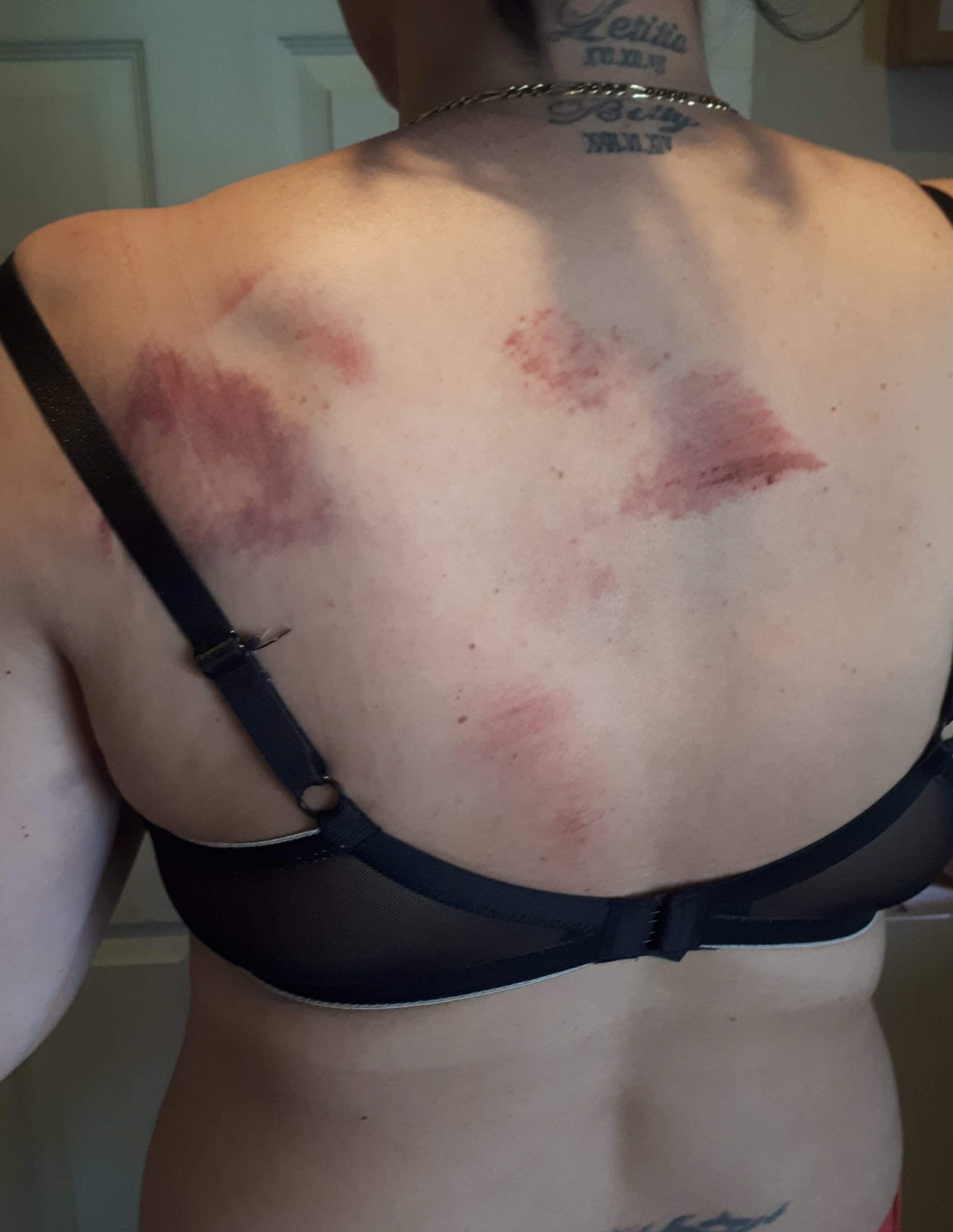 In an attack captured on her home CCTV, Dainty kicks and hammers on the door of Ms Mason-Lucas' address in Wigan, Greater Mancester, and when she emerges he lets loose a flurry of punches.

Her mum Brenda Fermandel was also assaulted in the incident and Ms Mason-Lucas says she believes the terrifying ordeal was much more serious than magistrates recognised.

She has slammed her assailant's "lenient" court sentence and yesterday made a formal complaint to the Crown Prosecution Service (CPS).

Ms Mason-Lucas said: "I just feel so let down and betrayed by the justice system. It's disgusting he only got a curfew. 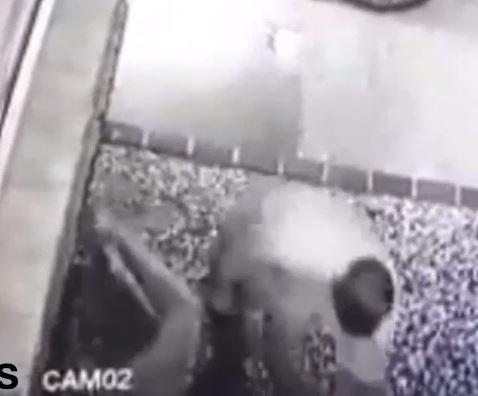 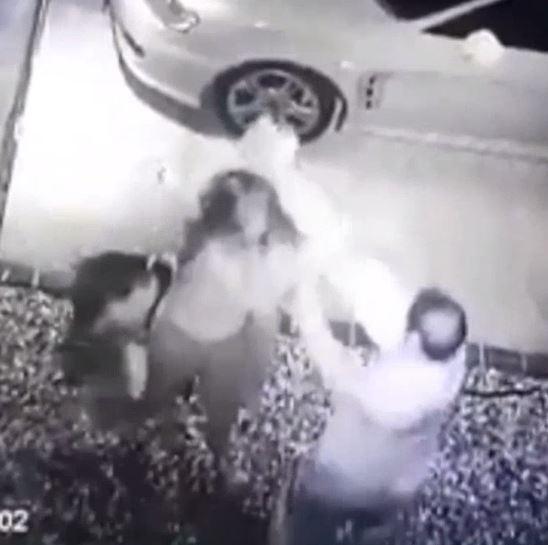 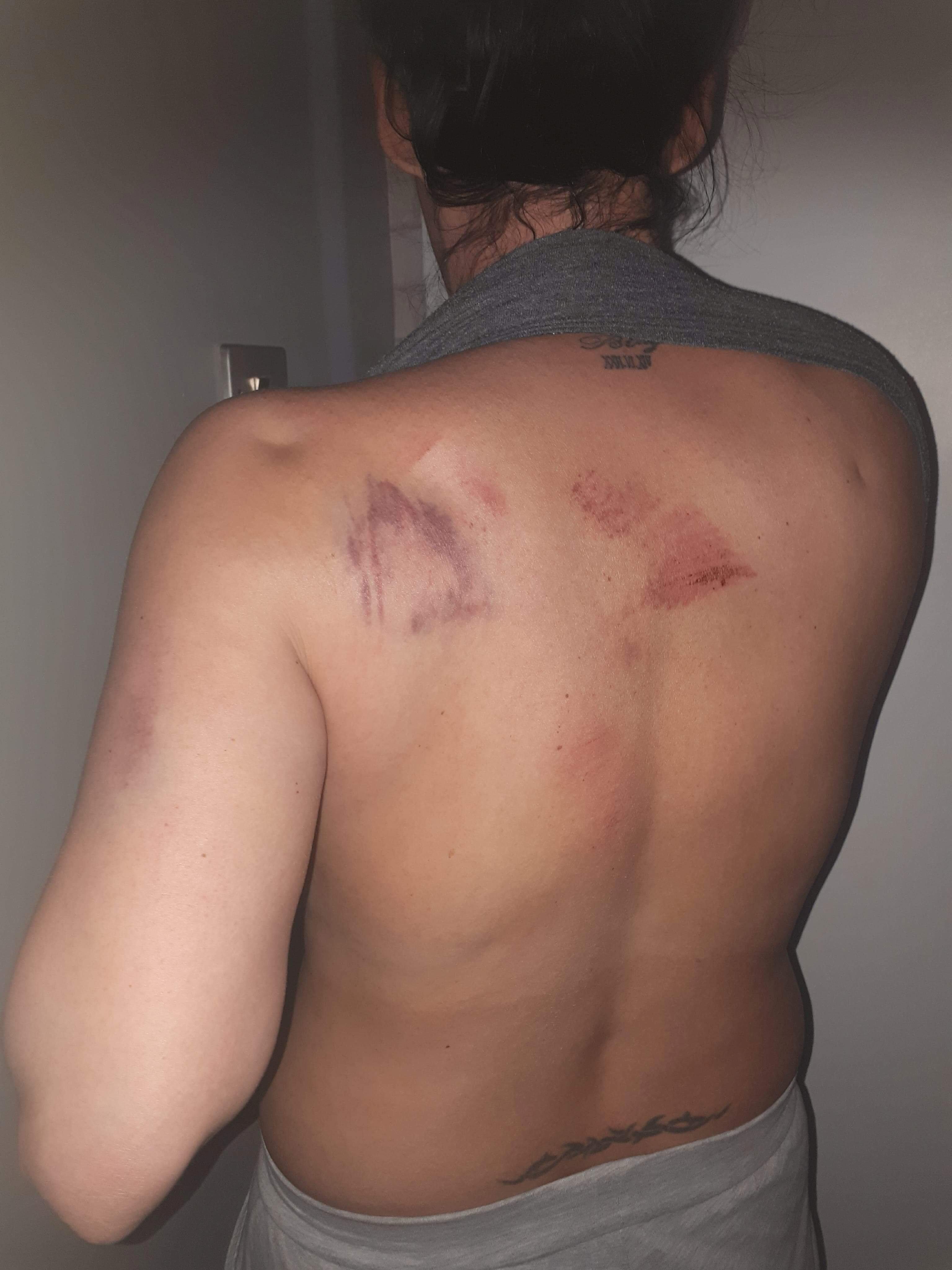 "I heard hard banging on the door and I've swung it open to push him away.

"He's punched me in the head several times. I couldn't wash my hair for several days because it was so sore.

"He's also grabbed my neck and if I'd hit the spoiler of my car in a different place I could have died or been paralysed.

"It's not justice. I've got the CCTV footage and I feel the CPS should have been pushing for a more serious charge.

"I've looked into appealing but I went to numerous solicitors and none of them help victims. I've been going round in circles." 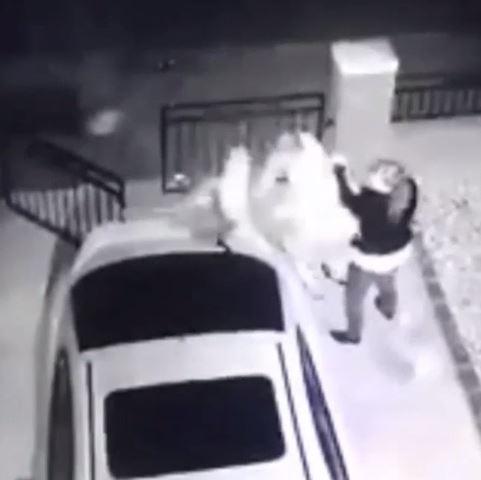 Ms Mason-Lucas was savagely set upon while her two own kids slept upstairs.

"I've shouted at the kids to get down off the shed, the reply was f**k off I'm not getting down," she added.

"What am I meant to do about that? I can't physically drag them down. They were playing truth or dare.

"In the meantime, he is stood in the background listening. He then took matters into his own hands."

Ms Mason-Lucas says she now suffers from a trapped nerve but claims it could have turned out differently.

"You can't see the invisible injuries where he has punched my head several times," she added.

"I suffer from a trapped nerve now in between my shoulders and I've got a bad back.

"He has got away with common assault. It could have gone wrong, he could have paralysed me or killed me."

The Crown Prosecution Service says assault by beating, or battery, covers intentionally or recklessly using force against someone else while assault occasioning actual bodily harm (ABH) inflicts hurt which is "more than transient or trifling".