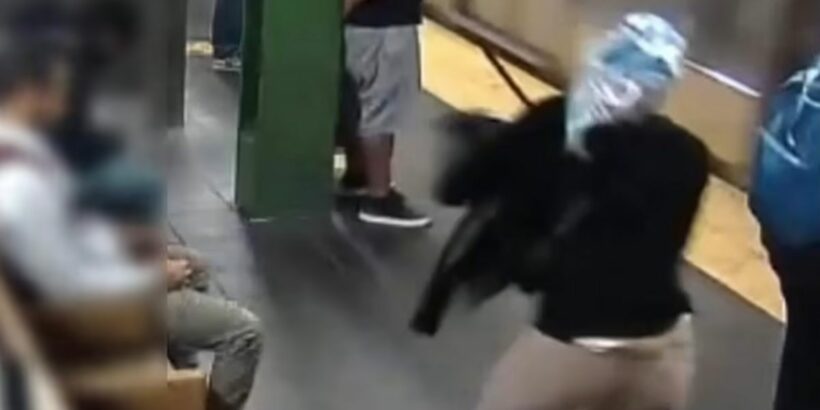 This is the distressing moment a woman appeared to push a commuter into a moving train at a subway station.

The 29-year-old woman has been arrested and charged with attempted murder after CCTV caught her allegedly endangering a 42-year-old passenger's life in an unprovoked attack.

Video released by New York Police Department shows Anthonia Egegbara, from Queens, wearing a bright coloured headscarf, black top and beige pants, getting up from a bench as a train enters the 42nd Street and Seventh Avenue station in Times Square.

She walks towards the edge of the platform and appears to push an older woman against the moving train.

Egegbara then calmly walks away while other commuters watch in shock.

Investigators said the victim did not fall onto the tracks but was knocked to the train and ricocheted backward onto the platform.

She was rushed to the hospital where doctors treated injuries to her face and legs.

Police issued a public appeal shortly after the incident on Monday, October 5. The chilling incident came after a man was arrested for kicking a woman down an escalator at a New York subway station after she said "excuse me" to him.

The victim suffered cuts and bruises to her back, arms, legs, right knee and right thigh and trauma to her left ankle, noting that she refused medical attention at the scene.

Keep up to date with all the latest news by signing up to one of Daily Star's free newsletters here.