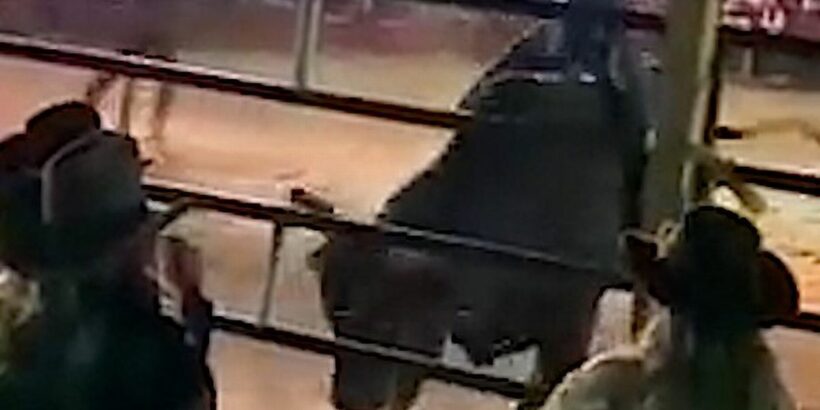 Shocking pictures have emerged which show the moment a raging bull knocks off its rider and smashes through a security fence at a rodeo to attack spectators in the VIP stand, injuring 15 people.

The horrifying incident was filmed in the Mexican town of Tiripetio in the municipality of Morelia on the evening of Wednesday (March 2).

The bull can be seen breaking into the stands at the 'jaripeo' event – a form of bull riding which is a common practice in central and southern Mexico – and sending chairs and drinks flying.

According to the news site Infobae, the beast – which weighed an incredible 1,335 lbs – approached the metal security fence around the perimeter of the arena and rammed it down to get to the spectators in the stands before attacking them.

The announcer can be heard saying on the PA system: “No, no, no… Everybody get out of the ring. Oh, holy god… We never thought this would happen… Be careful guys…”

Reports suggest the bull was eventually caught and roped by several cowboys and brought safely into the ring.

During the incident, 15 people were reportedly injured, although no-one suffered injuries that were life-threatening.

Some people had to be treated by paramedics who arrived at the scene, amid claims that there was not a single ambulance or trained emergency worker at the event.

Visitors also complained about the lack of security at the jaripeo and claimed that organisers used weak containment fences to protect them from such an incident.

After the images were widely shared on social media, many people branded the event ‘animal abuse’ and expressed their anger that such shows still exist.