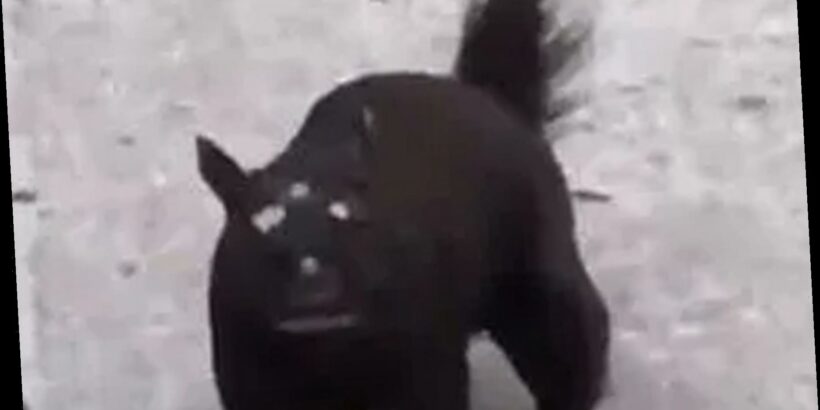 Footage of the hideous rodent-like animal shows it scurrying around a city street. 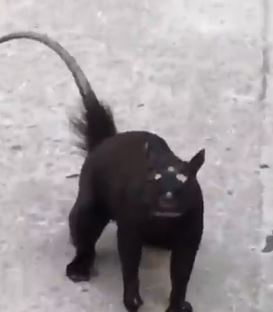 In the video, the creature’s mangy tail with half its hair missing can be seen sticking out by railings as the person with the camera pursues it.

The animal scampers about a bit before it turns to face the camera in the short clip, uploaded by a user based in Texas – though the exact location is unknown.

As the camera focuses in on its face, what appear to three eyes stare intently back at you and mysterious creature appears completely unafraid of humans.

Two of the eyes seem to be in the "right" place on its head, but the third is in the middle and slightly higher on the forehead of the creature's forehead. 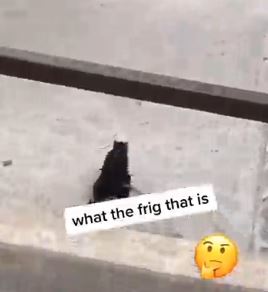 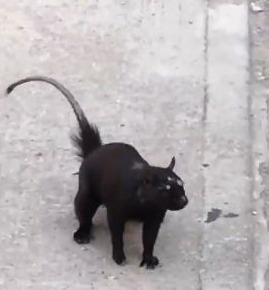 The animal turns its head away to one side before the end of the video, which clip was uploaded on March 22.

The footage been watched more than 6 million times and received thousands of comments.

One person suggested "NYC rat and squirrel hybrid” while others go for “scrat” or “squirrat”.

"It’s that one dude that be making hybrid animals" joked a second viewer.

More sensible users identified the animal as a melanistic grey squirrel, which is native to North America.

The hair loss that adds to its mystery might be caused by mange, an itchy skin condition caused by mites, suggested one.

Another explained: “Sometimes squirrels will take fur from their tails for their nests in spring before they have their babies. It will usually grow back."