A far-right terrorist has admitted planning to stab President Emmanuel Macron during World War One commemorations in France this week.

Identified only as Jean-Pierre B, the 55-year-old planned to get a ceramic knife through security checks as the head of state walked through crowds in Charleville-Mezieres last Tuesday.

Mr Macron was in the Ardennes town for a Council of Ministers meeting, and was also paying tribute to thousands of local war dead in the run up to the Armistice centenary on Sunday. 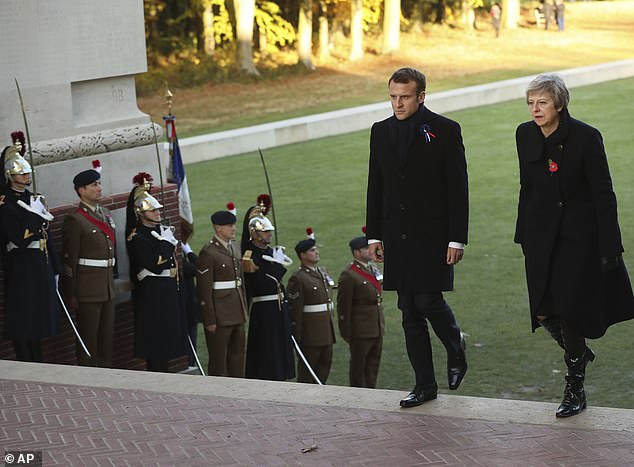 A far-right terrorist has admitted planning to stab President Emmanuel Macron during World War I commemorations in France (pictured, Theresa May and Mr Macron at the First World War memorial in Thiepval, France) 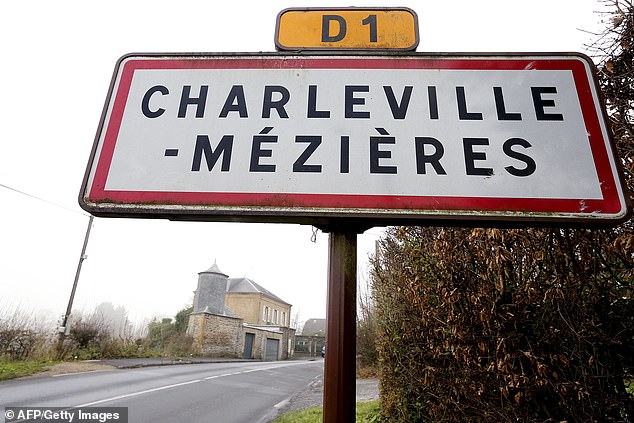 ‘Others were involved in the plot, which would have seen the suspect getting close to the president and then using his knife on him,’ said a Charleville-Mezieres source familiar with details of the case.

‘The suspect sent encrypted messages which were intercepted and then decoded by the security services.

‘They followed the suspect and a second man to Charleville-Mezieres on Monday, and arrested them there. The knife was found in the boot of their car.’

Jean-Pierre B is currently in custody at a secure police station, and it is there that he made a full confession to interrogators. 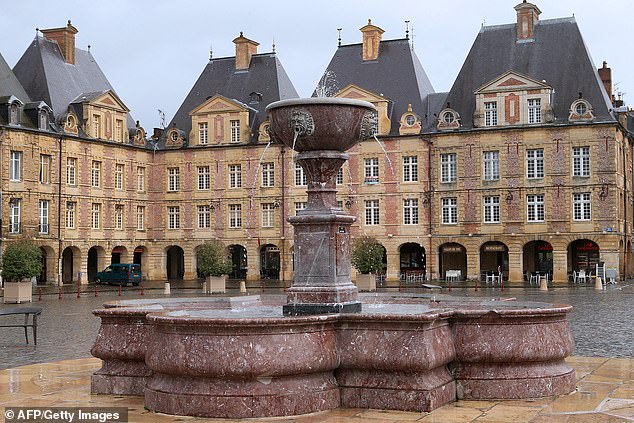 The 55-year-old, identified only as Jean-Pierre B, planned to get a ceramic knife through security checks as the head of state walked through crowds in the town 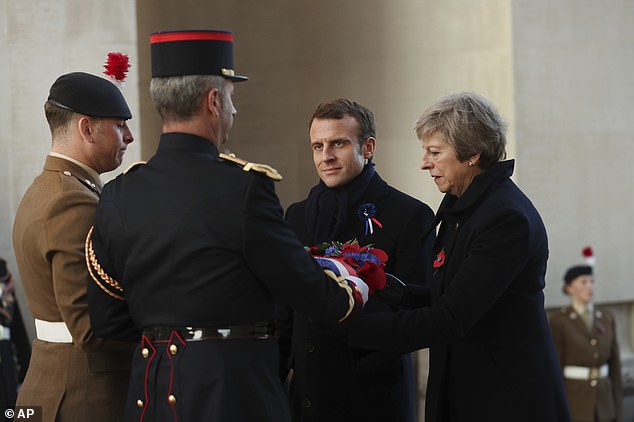 A total of six suspected far-right terrorists remain in custody in connection with the plot, which led to coordinated raids across the country (pictured, Mrs May and Mr Macron prepare to lay a wreath at the Theipval Memorial on Friday)

A total of six suspected far-right terrorists remain in custody in connection with the plot, which led to coordinated raids across the country.

Four were holed up in a flat in Bouzonville, close to the Belgian border, in the eastern Moselle department, where weapons were also found.

The other raids were in the Brittany department of Ille-et-Vilaine, and in the mountainous Isere department.

‘All those arrested are accused of plotting violent action against the President of France,’ said another source with knowledge of the case, which is being investigated by the DGSI (General Directorate for Internal Security) – France’s equivalent of MI5. 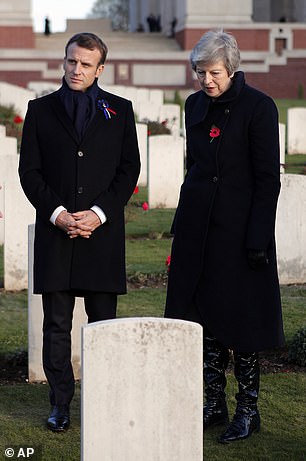 ‘The suspects are aged between 22 and 62, and included a woman aged 60. All are under investigation for plotting terrorist crimes. None have been identified publicly.’

News of the raids came as Mr Macon was visiting the former World War I battlefields at Verdun, in eastern France, as part of Armistice commemorations.

The plot was uncovered days before world leaders including Prime Minister Theresa May arrived in France, along with presidents Donald Trump of America, and Vladimir Putin on Russia, to mark the end of the war in 1918.

Last year, an extreme-right terrorist was arrested in Paris after planning to assassinate President Macron in front of President Trump.

The plot by the unnamed 23-year-old Frenchman was foiled when he tried to get hold of a Kalashnikov assault rifle online.

He wanted to murder Mr Macron, as well as ‘blacks, Arabs, Jews and homosexuals,’ said an investigating source.

The suspect, who came from the Paris area, planned to target Mr Macron as he took the salute at the Bastille Day celebrations on July 14, 2017.

His profile was said to resemble that of Maxime Brunerie, who fired at President Jacques Chirac during the Bastille Day parade in 2002.

Brunerie was a neo-Nazi who was sentenced to ten years in prison before being released in 2009. 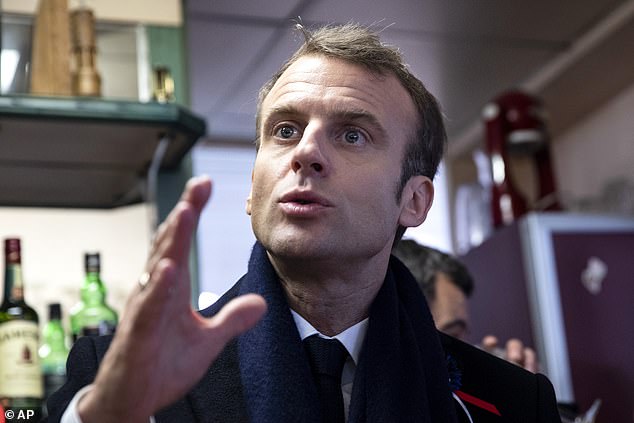 Mr Macron meets with locals in a bar where he promised to return during his presidential campaign, in Lens, northern France, on Friday

The OAS Secret Army Organisation also regularly plotted to assassinate President Charles de Gaulle as they campaigned against the loss of the French colony of Algeria in the early 1960s.

The antics of the far-Right terrorist group, which was mainly made up of army and police officers, were fictionalised in the Frederick Forsyth novel ‘The Day of the Jackal’.

It was made into a hit film staring Edward Fox as the assassin and Michel Lonsdale as the detective who foils him.

President Macron, who became president in May 2017 aged only 39, has already received a number of death threats, including ones contained in menacing letters and emails.