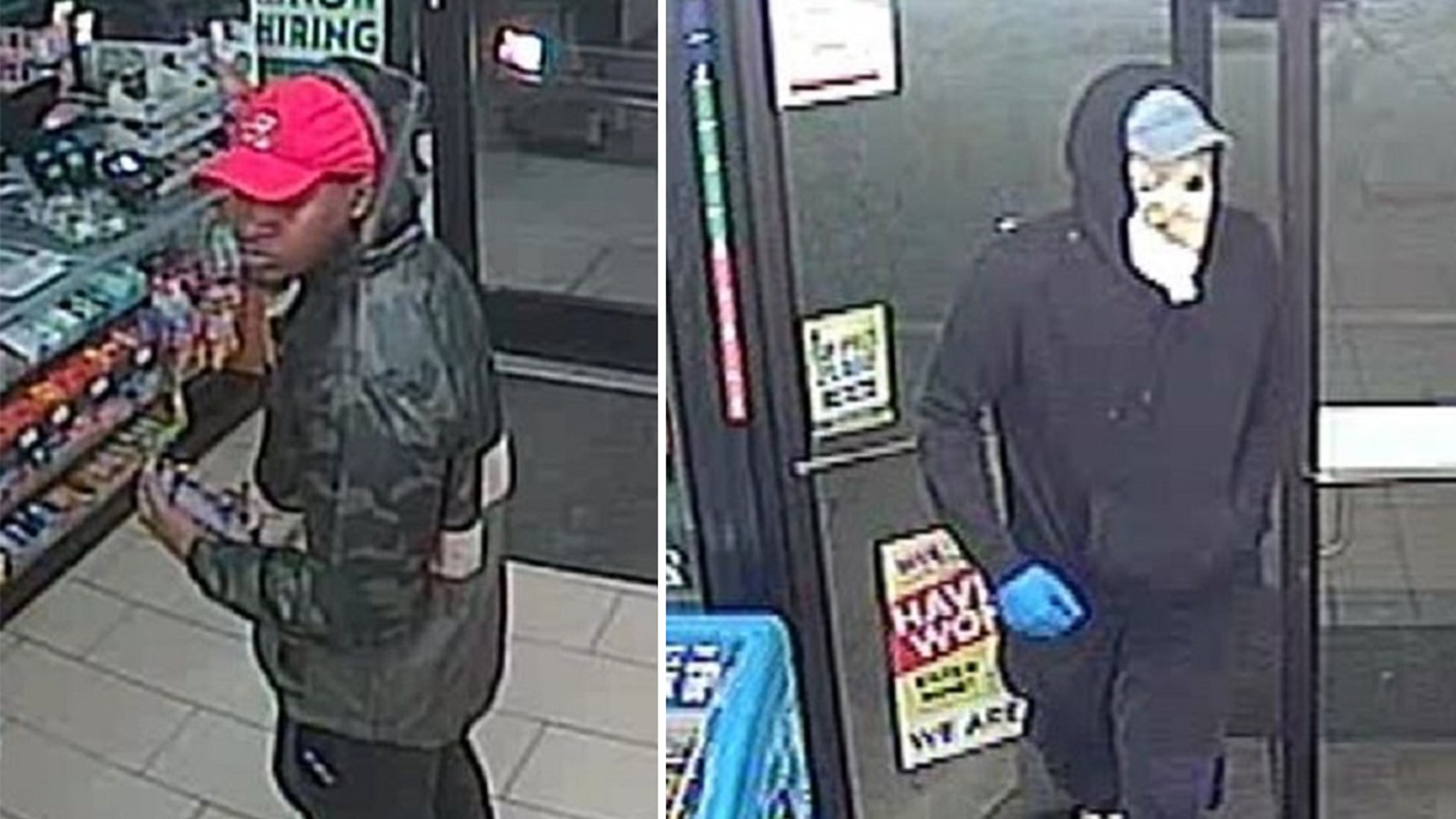 Fort Worth police are searching for two men connected to an armed robbery.
(Fort Worth Police Department Twitter)

A pair of men in Fort Worth, Texas, tried their luck Tuesday when one robbed a convenience store at gunpoint for cash and lottery tickets, and the other tried cashing in the stolen tickets hours later, police said.

The holdup was reported at 1 a.m. at a Valero Corner Store, police said. A man with a handgun allegedly demanded cash from the register and lottery tickets before fleeing, the Dallas Morning News reported.

An accomplice tried cashing in on one of the tickets five hours later at a 7-Eleven, police said.

The suspects are believed to be between 20 to 30-years-old, according to a police news release. One suspect was dressed in dark clothing and covered his face with a mask. The other is about 6 feet tall and had a chin goatee. Both were seen driving a black or dark four-door car, police said.

Anyone with information on the suspects is asked to contact the Fort Worth Police Department at 817-392-4469.