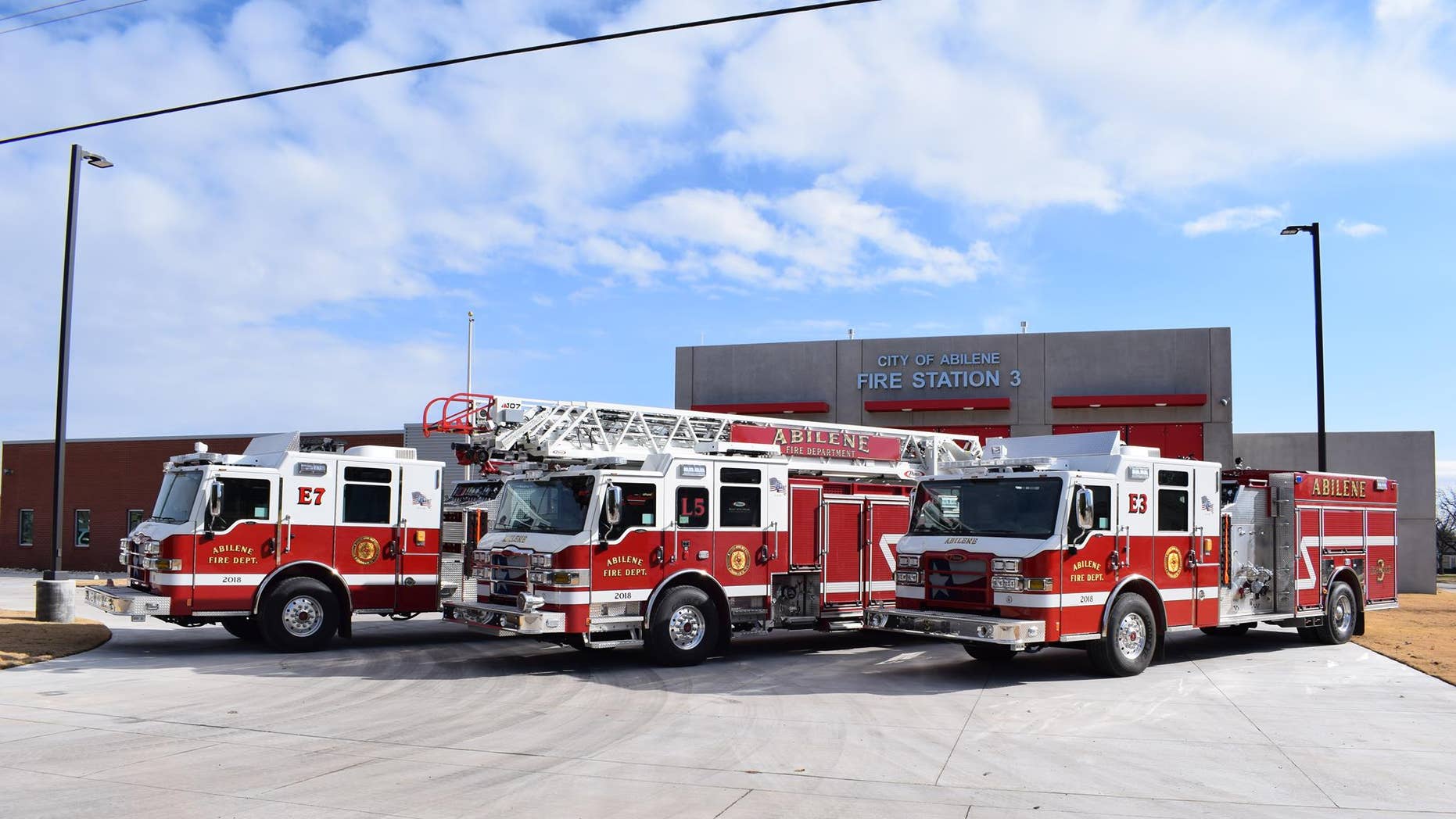 This airman requested ground support for his return home to Texas.

Lamson, a weapons system officer, is part of a squadron based out of the city’s Dyess Air Force Base, according to the fire department. They said he reached out to them to help make his homecoming extra special.

Connor, a firefighter fanatic, was awestruck when the emergency responders pulled up to his home in a large red truck. The toddler, still unaware his father was home, stood watching as Lamson, in full gear, climbed out of the truck to greet him.

In a video posted to the Abilene Fire Department’s Facebook page, Lamson could be seen kneeling down and pulling off his mask, revealing his face to Connor, who then raced to embrace him. Father and son’s tender reunion ended in a Texas-sized hug.

“Welcome home Captain Manny Lamson from a 6 month deployment at Qatar Air Base. He is a part of the 9th Bomb Squadron at Dyess as a Weapons System Officer on the B1. Since his son loves firefighters we got the opportunity to welcome him home in style! Thank you for your service Lamson family.”