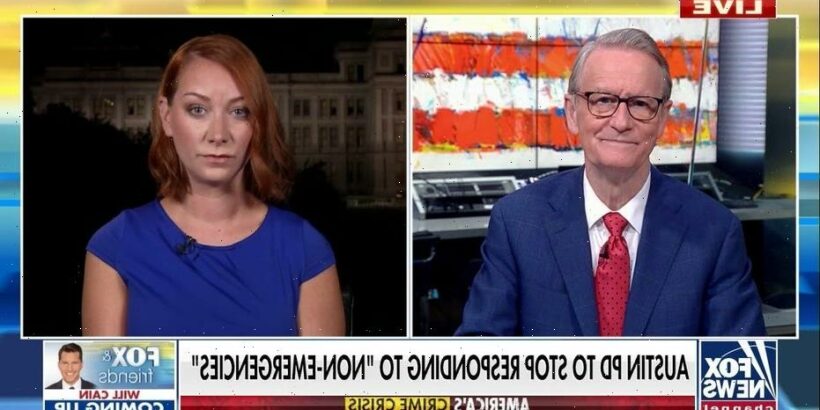 Mackenzie Kelly, a city council member in Austin, says police are no longer responding to ‘non-emergencies’ due to staffing shortages caused by defunding police.

A Texas man is suspected of committing two murders after being released on bond in a country run by a district attorney’s office funded by liberal megadonor George Soros.

Documents obtained by Fox News show 29-year-old Laderious Deshawn Nicholson was arrested in 2019 for aggravated assault with a deadly weapon and released in 2021 on a surety bond. He allegedly committed two murders after his release. He was arrested in September 2021 for those homicides and is currently in the Travis County correctional system. Austin is mostly within Travis County.

Records from the Travis County Sheriff’s Office show that Nicholson was released from its custody on March 15, 2021, when he posted a bond of $75,000 via Kwik Out Bail bonds and was set free without any bail conditions such as a GPS monitor or curfew.

Court papers show Nicholson is suspected of committing a murder on May 15, 2021, during a dice game robbery.

Additionally, court papers show another murder warrant being issued for Nicholson related to a deadly shooting in Austin on June 23, 2021, when he allegedly shot a man seven times and killed him during a botched drug deal in Austin, Texas.

The surety bond that released Nicholson back onto the streets was acted upon under Travis County District Attorney Jose Garza, who received over $500,000 from PACs tied to billionaire liberal megadonor George Soros. Garza, a Democrat, defeated incumbent DA Margaret Moore in the 2020 Democratic primary and won the general election in November. He took office 3 months before Nicholson’s release.

Soros has gained notoriety in cities across the country for pushing progressive programs that defund police departments and lower sentencing requirements for violent crimes. In Austin, Soros recently dumped $500,000 into a campaign fighting a ballot measure that would reinstate funding to the police that Mayor Steve Adler and the city council stripped following the death of George Floyd.

Garza’s office told Fox News that the bond was set for Nicholson by a judge in 2019 before Garza took office in January but did not comment on whether or not Garza’s office recommended or was aware of Nicholson’s release in March.

During the coronavirus pandemic, the Travis County District Attorney’s Office released hundreds of felons from the county jail citing concerns about the virus spread. Nicholson was not one of those inmates released in 2020, presumably because the DA at the time, Moore, also a Democrat, assessed that he posed a threat to the public.

“I would not be surprised if this was not in the top two or three reasons violent crime is up in big cities all over the country,” Casaday told Fox News. “I’ve spoken with DA Garza before and I’d just reiterate that we are adamant about keeping people in jail until they are tried especially if they are in on violent crimes. You are endangering society if you let these people out.”

On April 2, 2021, Garza’s office released a man with 8 felony convictions back onto the streets after he led police on a high-speed chase while in possession of methamphetamine and a handgun. After the man, David Olmos, was released on bond days later he allegedly went on a crime spree that involved 10 armed robberies in 10 days across Austin according to police.

Reese was arrested on June 21, 2021, and booked on aggravated assault with a deadly weapon, a first-degree felony. Reese was then released on June 26 on a PR bond and required to wear an ankle monitor and appear before a court in August 2021.

“It’s not surprising when violent criminals, like someone who has committed aggravated assault with a deadly weapon, continues to wreak violence in the community,” said Charley Wilkison, Executive Director of CLEAT. “What’s unheard of is a District Attorney who endangers the lives of millions of innocent citizens by letting those criminals out of jail so they can escalate their ongoing crime spree and commit murder. This is what happens when a giddy political agenda replaces the serious task of protecting the families of Travis County.”

On July 15, Reese was arrested again on a murder charge for a crime that took place at the same address of his previous alleged crime.

In September, Austin broke its record for the number of homicides in a year when the 60th murder was recorded. That’s a 74% rise compared to the same time last year.

While running for District Attorney, Garza promoted his progressive criminal justice reforms on his website saying that he was attempting to “reimagine justice in Travis County” and said he will “not prosecute sale or possession of a gram or less of narcotics” unless that person is deemed a risk to society.

Additionally, Garza said on his website that “our community is stronger when we keep communities together, instead of setting bail that places a price tag on people’s freedom, a price on freedom, that they cannot afford.”