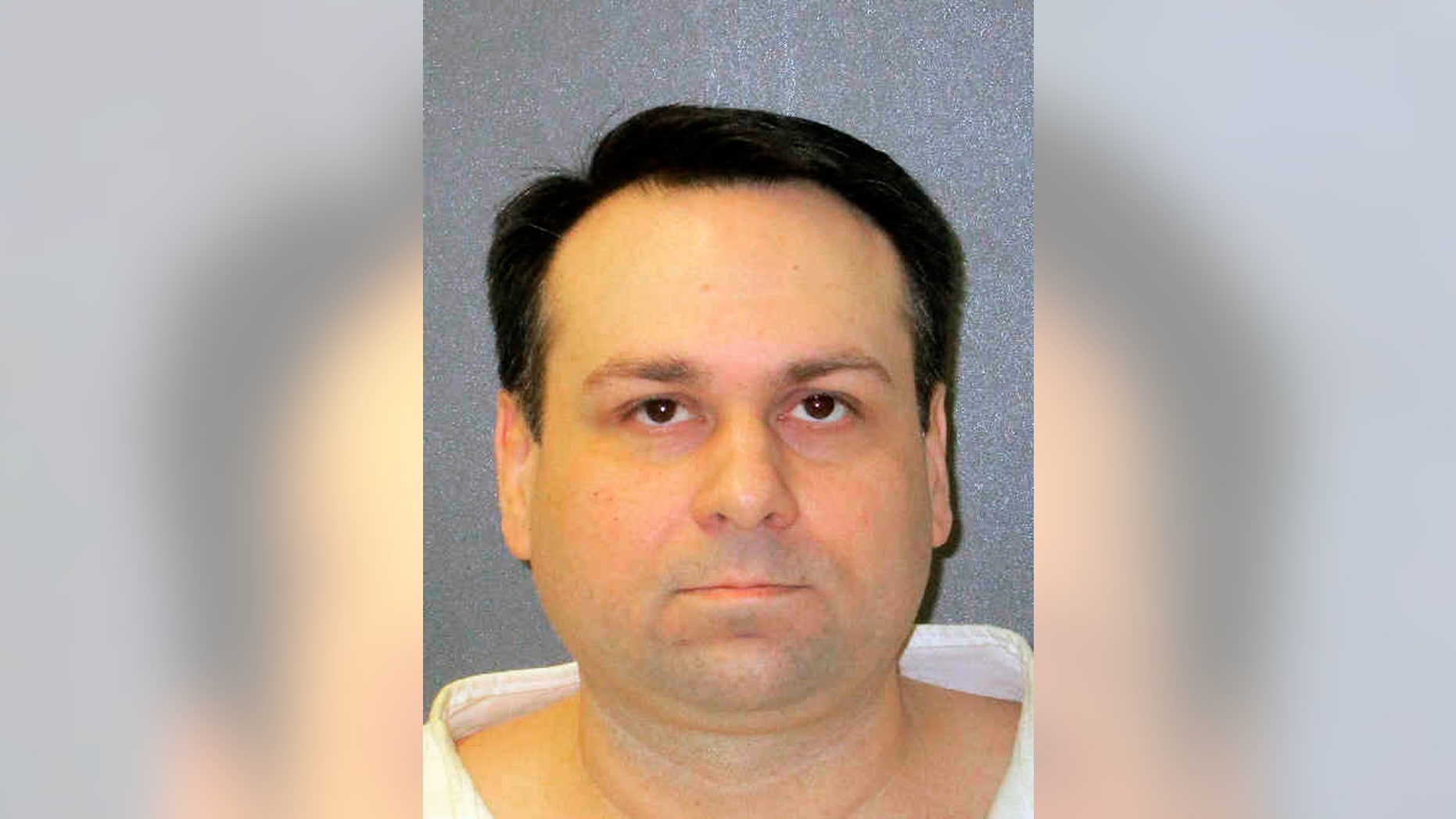 This undated photo shows John William King, who is scheduled for execution Wednesday. (Texas Department of Criminal Justice via AP)

A second man is scheduled to be executed in Texas on Wednesday in connection with the 1998 killing of 49-year-old James Byrd Jr., a black man who was beaten by known white supremacists, chained to the back of a pickup truck and dragged for almost 3 miles before his body was dismembered.

TEXAS TOWN REFLECTS ON DRAGGING DEATH AHEAD OF EXECUTION

John William King, 44, will be put to death almost 21 years after being convicted in one of the nation’s most ruthless hate crimes. Lawrence Russell Brewer was executed by lethal injection in 2011. A third person, Shawn Berry, is serving a life sentence in prison but will be eligible for parole in 2038, Houston's FOX 26 reported. 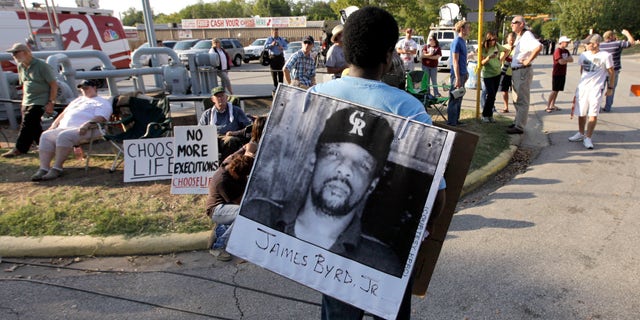 FILE – In this Sept. 21, 2011, file photo, Ricky Jason wears a photo of James Byrd Jr. outside the Texas Department of Criminal Justice Huntsville Unit before the execution of Lawrence Russell Brewer in Huntsville, Texas. (Associated Press)

King repeatedly appealed his guilty verdict, claiming Berry was solely responsible for Byrd’s death and that his counsel did not effectively assist him during trial. A federal appeals court maintained his conviction last year, and the U.S. Supreme Court declined to hear his case in October.

King is scheduled to be put to death at 6 p.m. Wednesday. At the same time, the Byrd family will hold a prayer vigil in Jasper, Texas, at a park named after Byrd, FOX 26 reported. Byrd's family still hopes to build a multicultural center and museum in Jasper to promote diversity and education.