A clip of the brave lads being carried out on stretchers from the cave in Chiang Rai after escaping their 18 day hell has been posted on social media. 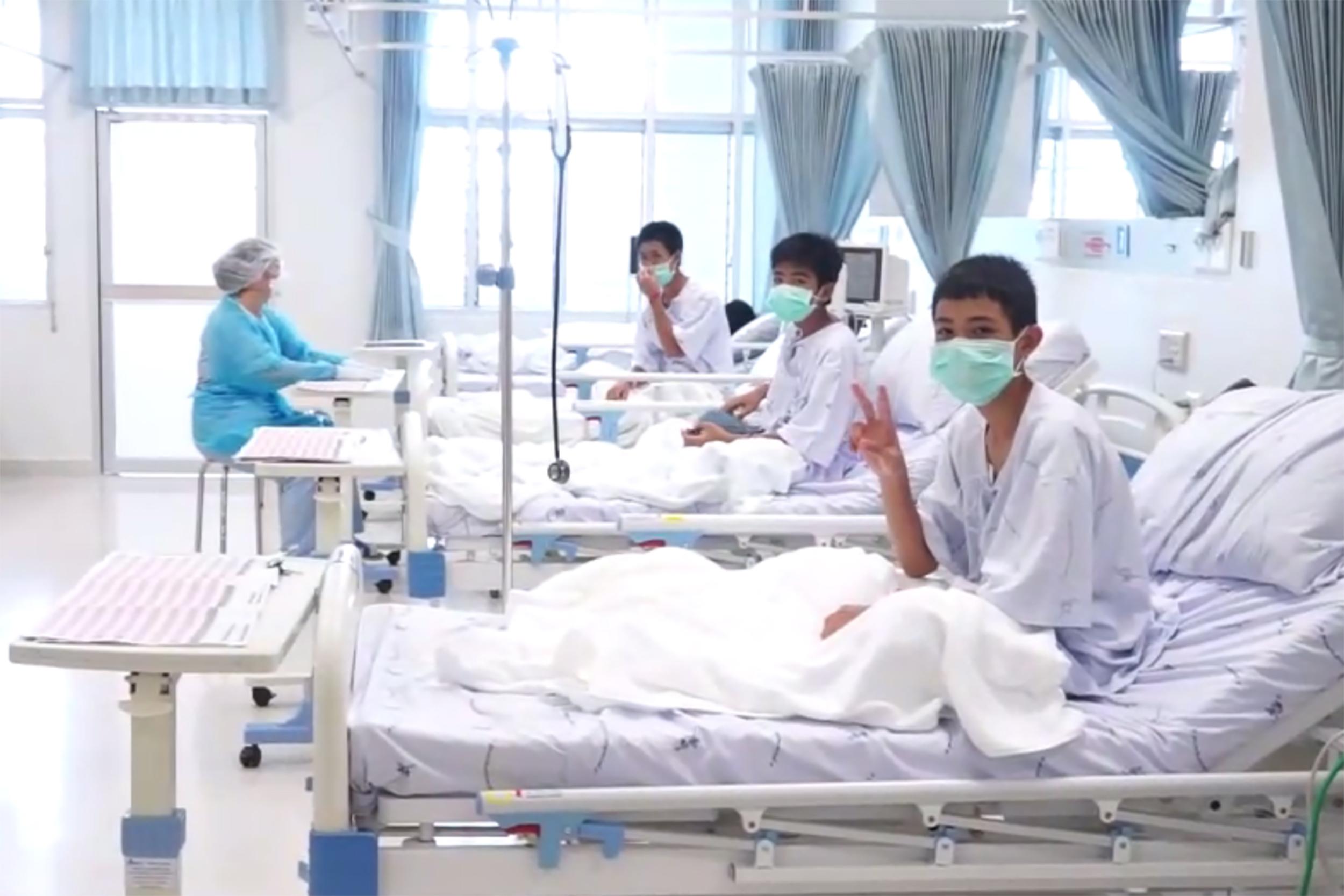 In the images from Chiangrai Prachanukroh Hospital, the resiliant kids are seen wearing green surgical masks while waving for the camera.

In the footage, the boys, who are members of the Wild Boar football team, are shown making their “horn” victory hand sign while in their isolated unit.

Parents of the lads can also be seen crying and waving to the children from behind a glass barrier.

The brave boys are being kept away from their loved ones over fears they could contract infections after being trapped in the cave network for 18 days. 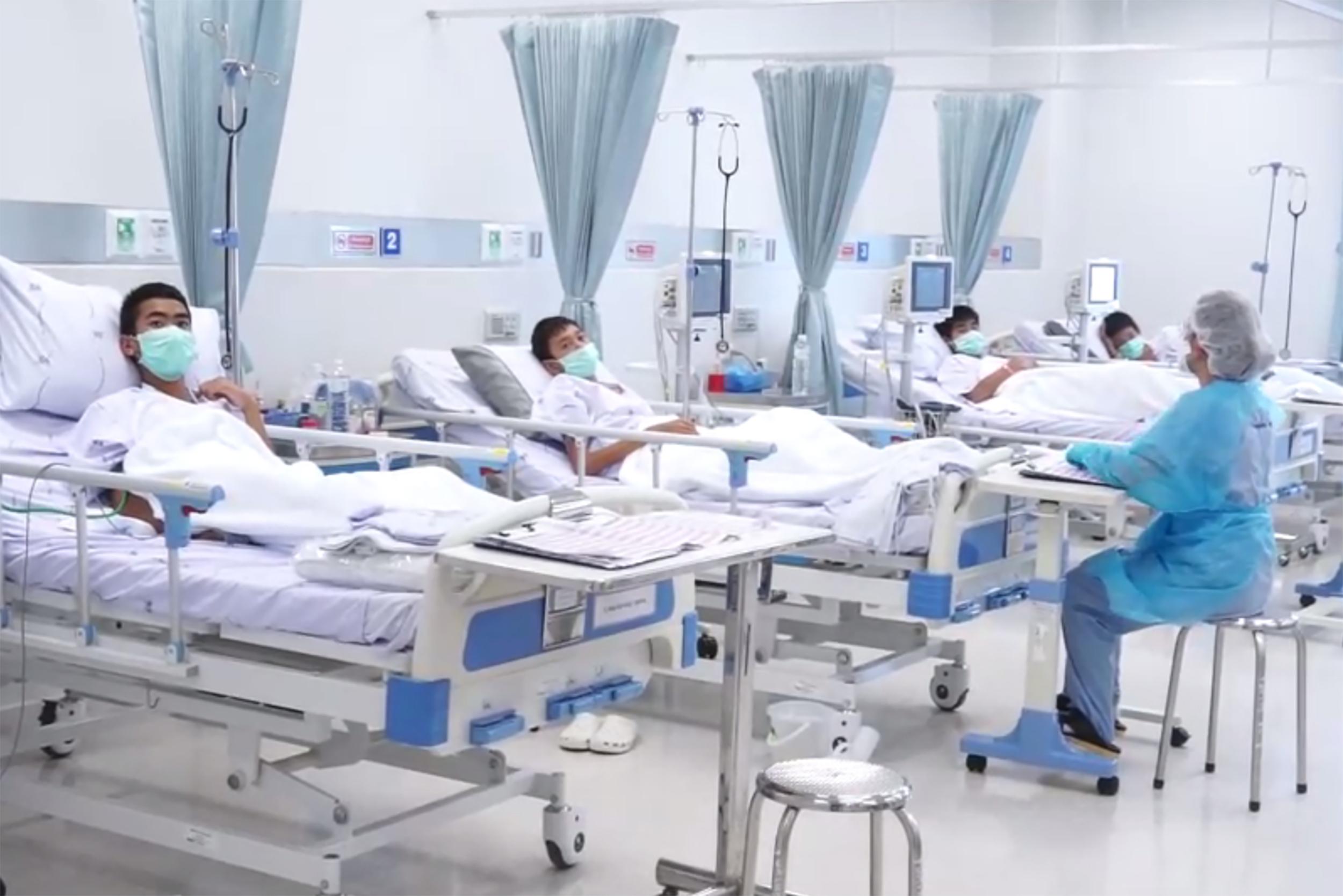 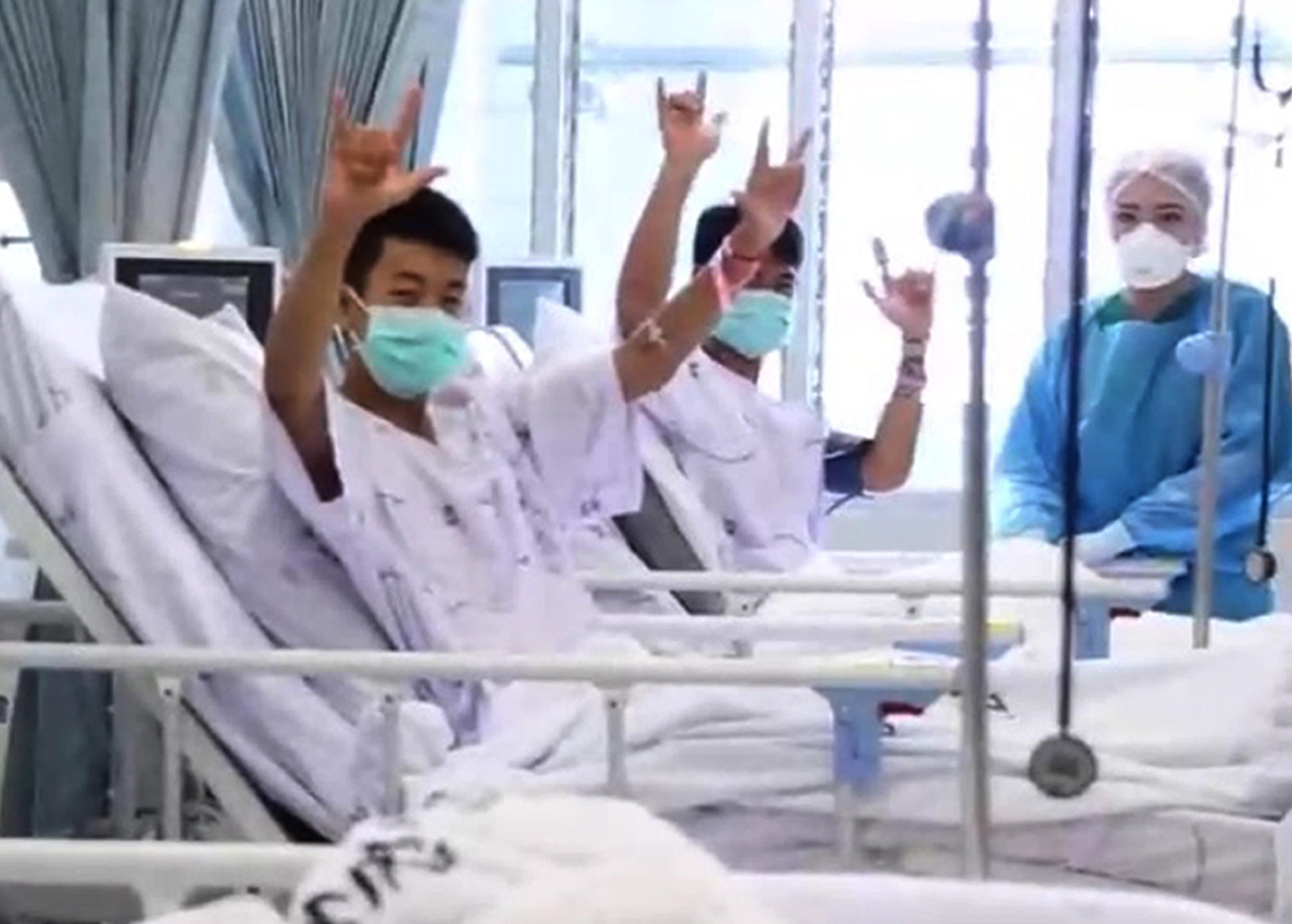 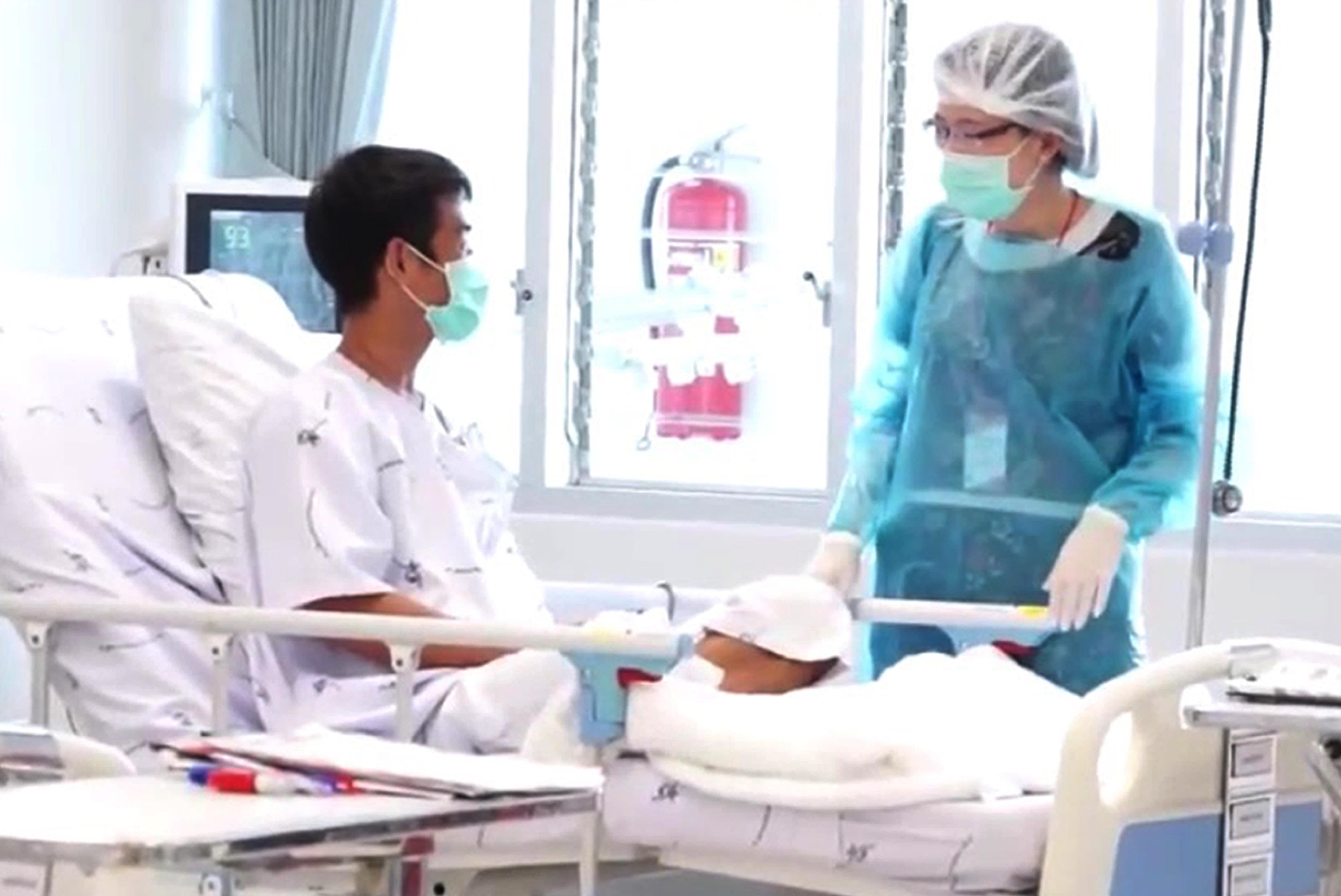 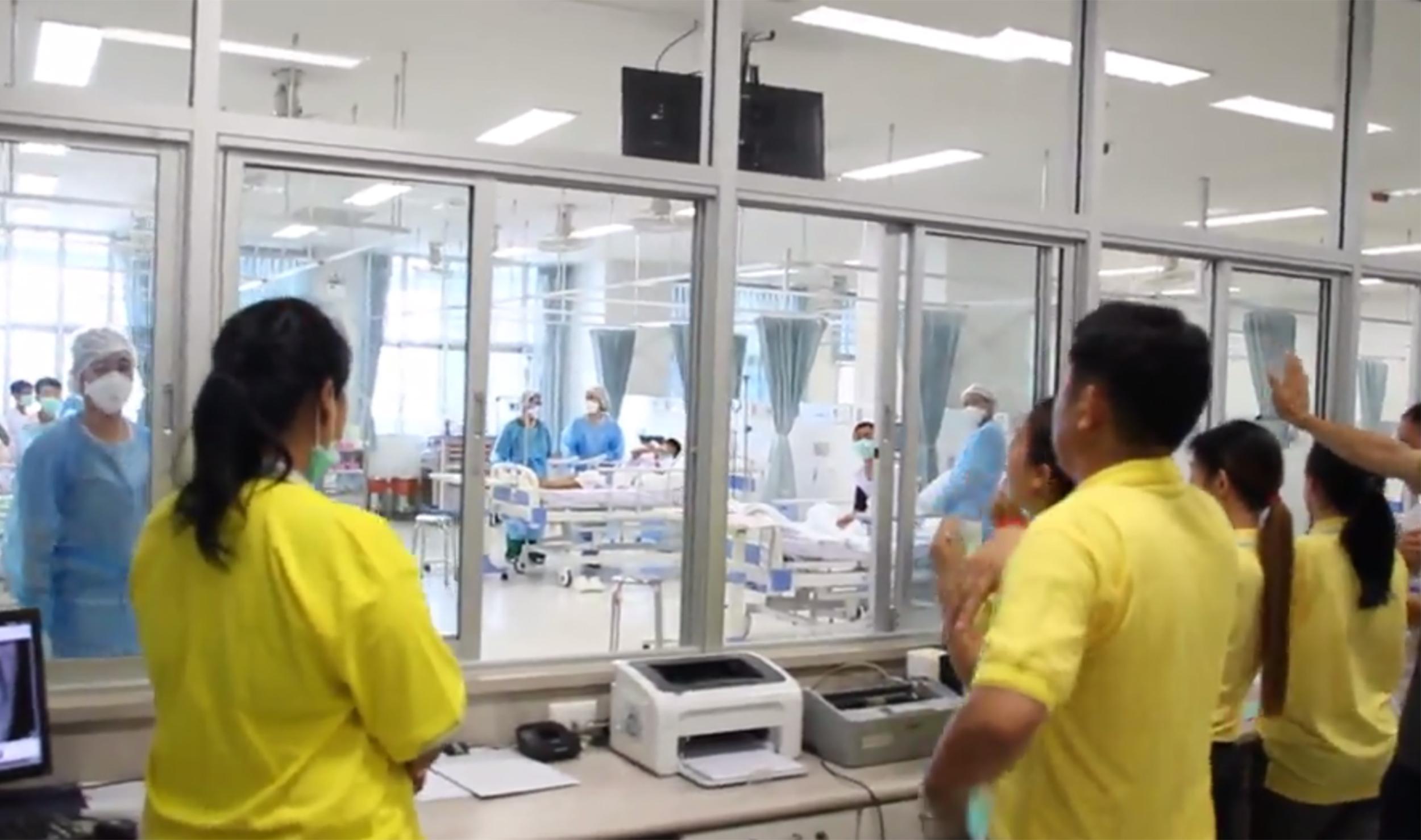 Jedsada Chokdumrongsuk, deputy director-general of the Public Health Ministry, said doctors may let the boys walk around their beds.

The eight kids rescued on Sunday and Monday are in "high spirits" and have strong immune systems.

Medical staff are focusing on the boy's breathing, signs of hypothermia and Histoplasmosis – an airborne lung infection known as “cave disease.”

Histoplasmosis is caused by bat and bird droppings and can be fatal if it is untreated and spreads to other parts of the body. 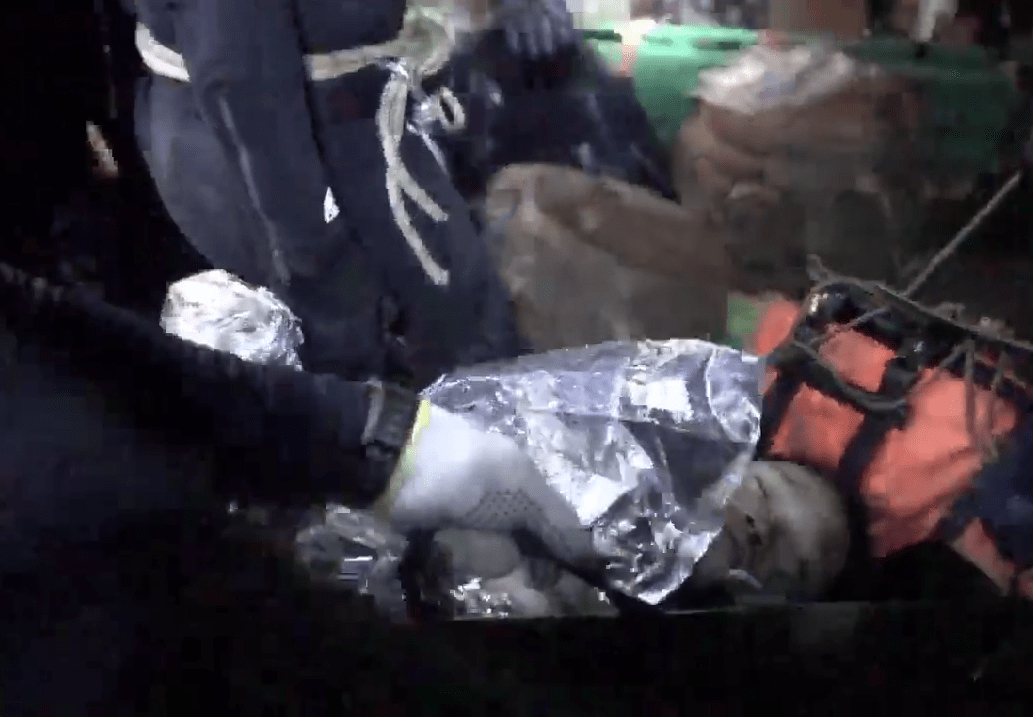 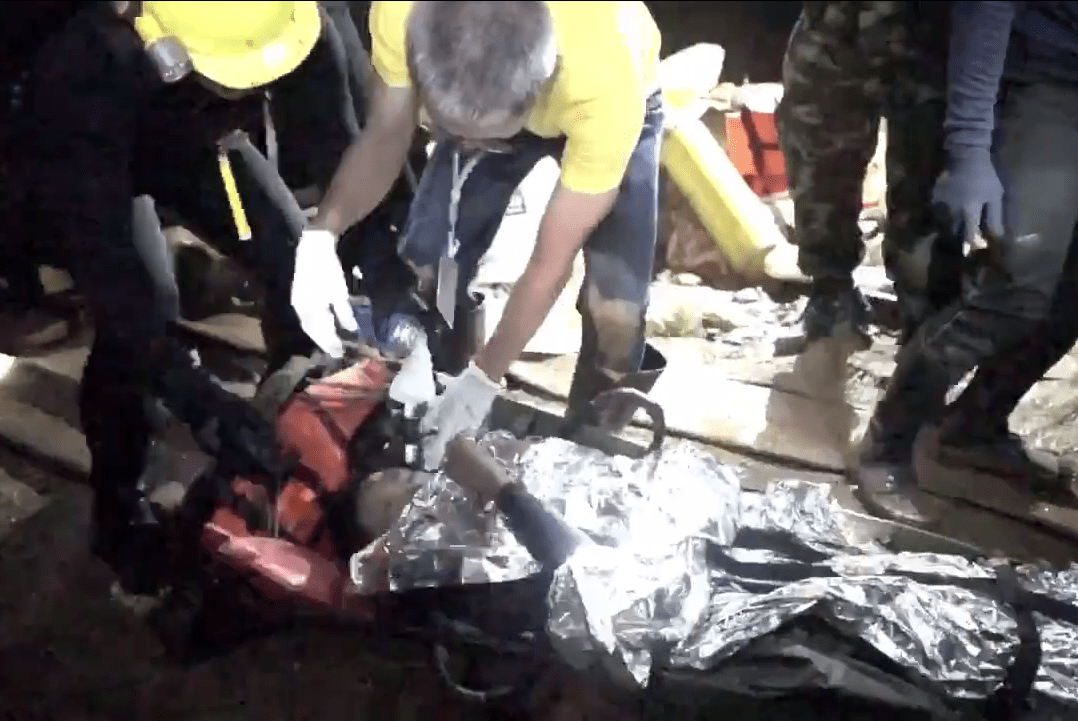 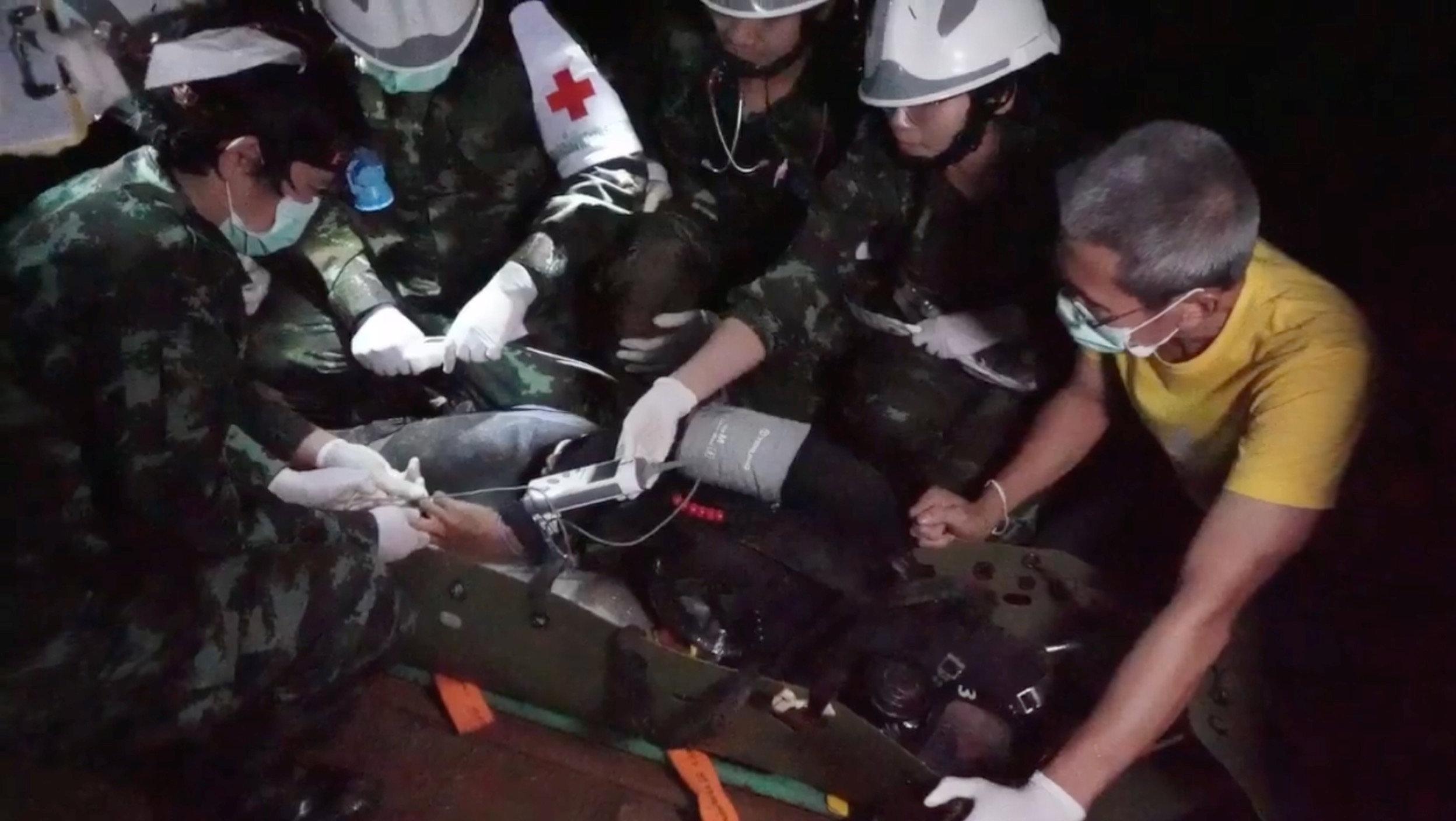 One medic said: "Hypothermia is the scariest condition.

"The body temperature drops as the water is very cold.

"But what we're most concerned with is infections.

"There are all kinds of diseases in the cave, from bats, from dirty water.

"Everything in there is very dirty."

He added that a whole section of the hospital had been set aside for the boys' treatment. 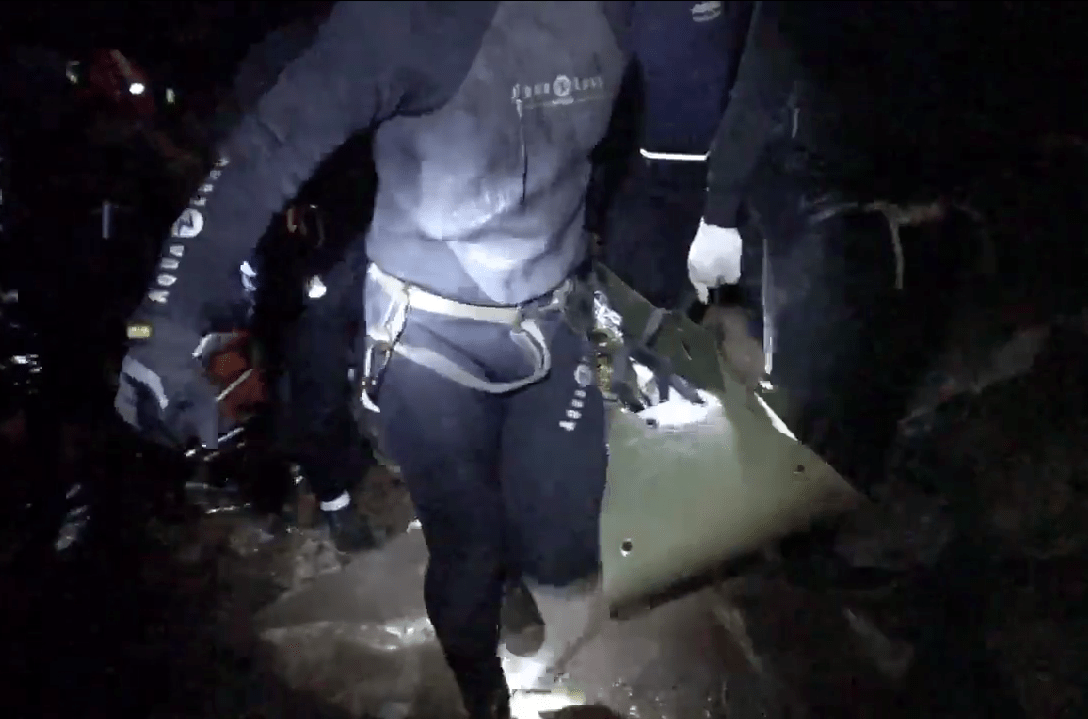 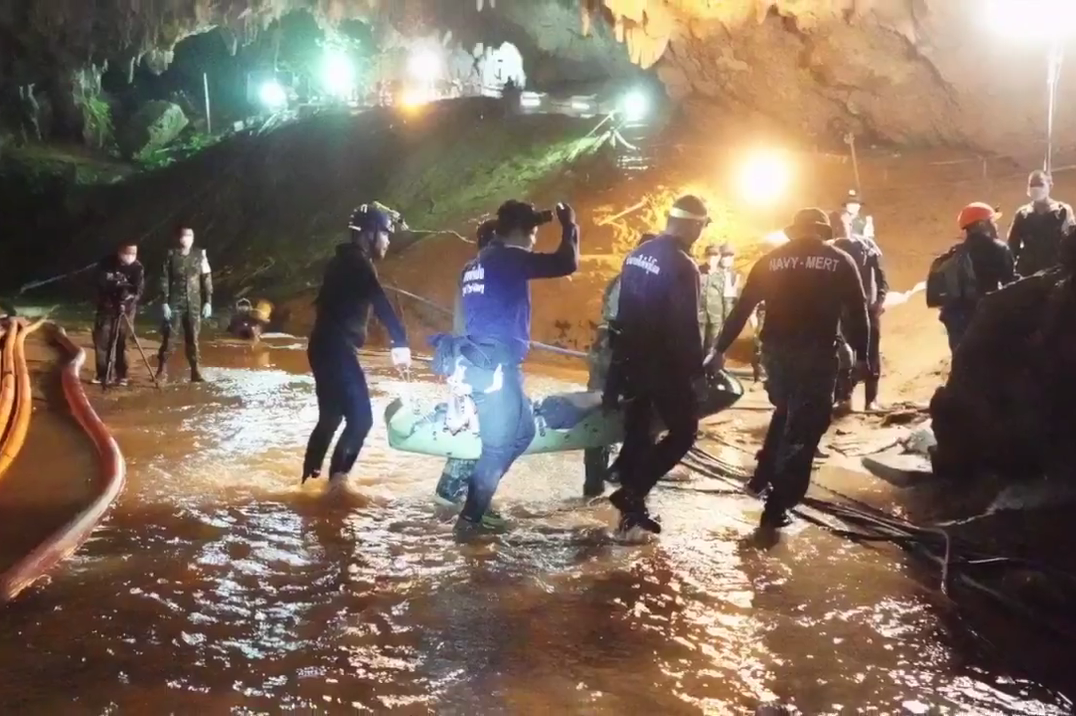 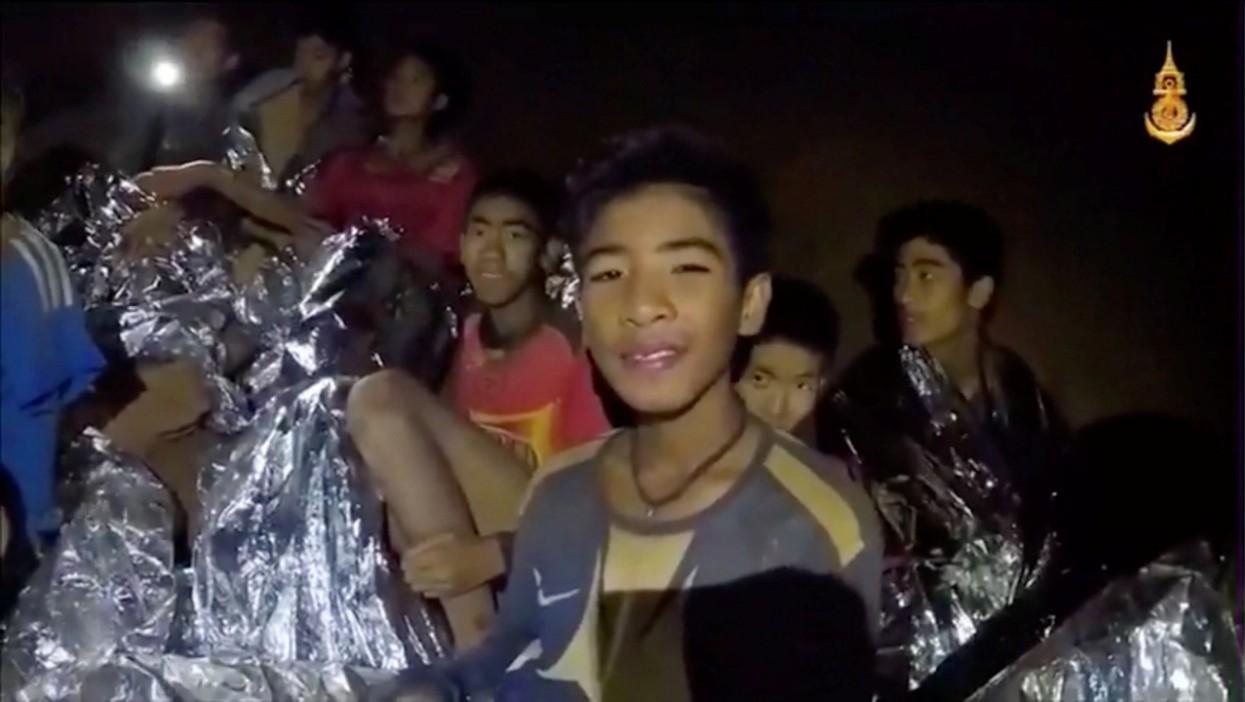 Two of them possibly have a lung infection but all eight are generally "healthy and smiling," he said.

It has since emerged the dream rescue almost turned into a nightmare yesterday when failing pumps caused “screams” of terror inside the tunnel network.

Shortly after the last lad was saved, divers told how they heard frightened shrieks from rescue workers inside the Tham Luang cave complex.

The panic was caused by pumps, which were draining the tunnel, suddenly failing and filling the complex with water.

One of the heroes told The Guardian that he saw “a rush of head torches” from emergency workers fleeing towards the entrance of the treacherous tunnel.

The diver added: “The screams started coming because the main pumps failed and the water started rising.”

But he revealed that the remaining 100 members of the rescue team were able to escape the cave within an hour – along with the Thai Navy SEALs and Dr Richard Harris who had been looking after the boys.