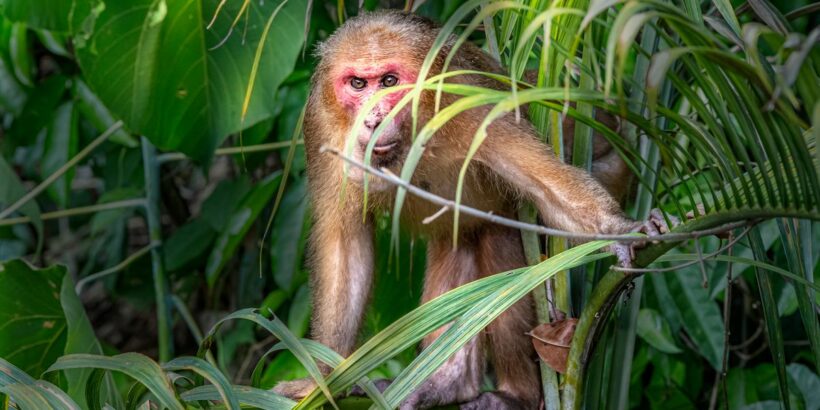 Cops in Thailand are telling Western backpackers to keep away from certain forests after finding them overrun with monkeys suffering from malaria.

The warning from the Disease Control Department in Bangkok comes after human infections surged by 10 times the usual number, with hostile interactions with primates understood to be the leading cause.

A total of 70 cases of Plasmodium Knowlesi Malaria were reported between last October and the end of March, compared to only 10 cases in the entire year before.

Dr. Opart Karnkawinpong from the Disease Control Department said that health professionals are yet to determine whether the deadly parasite — which causes fever, chills and loss of appetite among other symptoms — can be spread from human to human.

Individuals who experience any symptoms and have a history of touching the monkeys in the southern provinces of Ranong and Songkhla and the eastern province of Trat have been advised to seek immediate medical attention, as leaving the condition until it is too late can result in death.

At-risk people, including tourists, workers and people living in the forest, have also been asked to take preventative action against mosquito bites by wearing tight clothing, applying mosquito repellent and sleeping under mosquito nets.

Back in 2020 an expert warned that herpes-infected monkeys who escaped from a Florida national park and began spreading across the US were "potentially dangerous".

The monkeys, a quarter of which carry the virus, have been spotted hundreds of miles from the park in St Johns, St Augustine, Palatka, Welaka and Elton in north-east Florida.

Close contact with humans presents a health risk as they carry and shed the STD Herpes B virus, which can be fatal if not treated.

The monkeys were originally part of a failed tourist attraction called Colonel Tooey's Jungle Cruise in the 1930s.