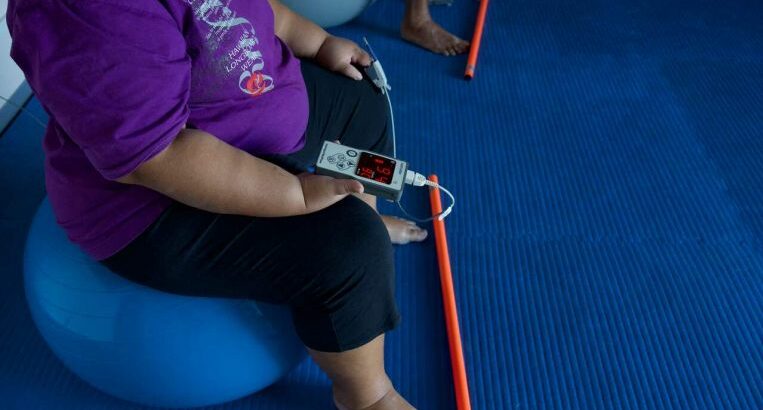 PALO ALTO (NYTIMES) – From the start of the pandemic, the coronavirus seemed to target people carrying extra pounds. Patients who were overweight or obese were more likely to develop severe Covid-19 and more likely to die.

Although these patients often have health conditions like diabetes that compound their risk, scientists have become increasingly convinced that their vulnerability has something to do with obesity itself.

Now researchers have found that the coronavirus infects both fat cells and certain immune cells within body fat, prompting a damaging defensive response in the body.

“The bottom line is, ‘Oh, my God, indeed, the virus can infect fat cells directly,’ ” said Dr Philipp Scherer, a scientist who studies fat cells at UT Southwestern Medical Centre in Dallas, who was not involved in the research. “Whatever happens in fat doesn’t stay in fat,” he added. “It affects the neighbouring tissues as well.”

The research has not yet been peer-reviewed or published in a scientific journal, but it was posted online in October. If the findings hold up, they may shed light not just on why patients with excess pounds are vulnerable to the virus, but also on why certain younger adults with no other risks become so ill.

The study’s authors suggested the evidence could point to new Covid-19 treatments that target body fat.

“Maybe that’s the Achilles’ heel that the virus utilises to evade our protective immune responses – by hiding in this place,” said Dr Vishwa Deep Dixit, a professor of comparative medicine and immunology at Yale School of Medicine.

The finding is particularly relevant to the United States, which has one of the highest rates of obesity in the world. Most American adults are overweight, and 42 per cent have obesity.

Black, Hispanic, Native American and Alaska Native people in the US have higher obesity rates than white adults and Asian Americans; they have also been disproportionately affected by the pandemic, with death rates roughly double those of white Americans.

“This could well be contributing to severe disease,” said Dr Catherine Blish, a professor at Stanford University Medical Centre and one of the report’s two senior authors. “We’re seeing the same inflammatory cytokines that I see in the blood of the really sick patients being produced in response to infection of those tissues.”

Body fat used to be thought of as inert, a form of storage. But scientists now know that the tissue is biologically active, producing hormones and immune system proteins that act on other cells, promoting a state of nagging low-grade inflammation even when there is no infection.

Inflammation is the body’s response to an invader, and sometimes it can be so vigorous that it is more harmful than the infection that triggered it.

Fat tissue is composed mostly of fat cells, or adipocytes. It also contains pre-adipocytes, which mature into fat cells, and a variety of immune cells, including a type called adipose tissue macrophages.

Dr Blish, with colleagues at Stanford and in Germany and Switzerland, carried out experiments to see if fat tissue obtained from bariatric surgery patients could become infected with the coronavirus, and tracked how various types of cells responded.

The fat cells themselves could become infected, the scientists found, yet did not become very inflamed. But certain immune cells called macrophages also could be infected, and they developed a robust inflammatory response.

Even stranger, the pre-adipocytes were not infected but contributed to the inflammatory response. The scientists did not examine whether particular variants were more destructive in this regard than others.

The research team also obtained fat tissue from the bodies of European patients who had died of Covid-19 and discovered the coronavirus in fat near various organs.

The idea that adipose tissue might serve as a reservoir for pathogens is not new, Dr Dixit said. Body fat is known to harbour a number of them, including HIV and the influenza virus.

The coronavirus appears to be able to evade the body fat’s immune defences, which are limited and incapable of fighting it effectively. And in people who are obese, there can be a lot of body fat.

A man whose ideal weight is 170 pounds but who weighs 250 pounds is carrying a substantial amount of fat in which the virus may “hang out”, replicate and trigger a destructive immune system response, said Dr David Kass, a professor of cardiology at Johns Hopkins.

“If you really are very obese, fat is the biggest single organ in your body,” Dr Kass said.

The coronavirus “can infect that tissue and actually reside there,” he said. “Whether it hurts it, kills it or at best, it’s a place to amplify itself – it doesn’t matter. It becomes kind of a reservoir.”

As the inflammatory response snowballs, cytokines trigger even more inflammation and the release of additional cytokines. “It’s like a perfect storm,” Dr Kass said.

Dr Blish and her colleagues speculated that infected body fat may even contribute to long Covid-19, a condition describing troublesome symptoms like fatigue that persist for weeks or months after recovery from an acute episode.

The data also suggest that Covid-19 vaccines and treatments may need to take into account the patient’s weight and fat stores.

“This paper is another wake-up call for the medical profession and public health to look more deeply into the issues of overweight and obese individuals, and the treatments and vaccines we’re giving them,” said Dr Barry Popkin, a professor of nutrition at University of North Carolina at Chapel Hill, who has studied the heightened risk that Covid-19 poses to those with obesity.

“We keep documenting the risk they have, but we still aren’t addressing it,” Dr Popkin said.