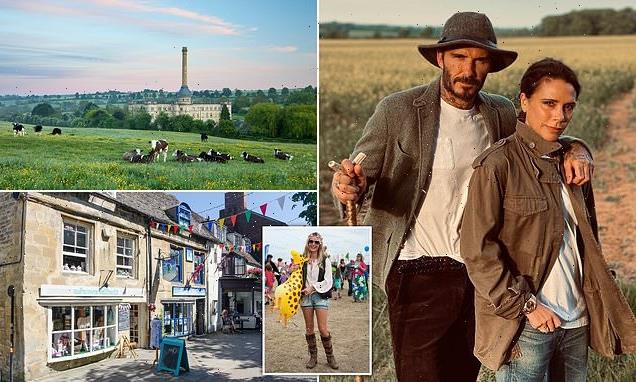 Why DID Chippy give Tories the chop? It’s the Cotswold idyll beloved of celebrities, yet suddenly – amid fears of a house-building boom – Chipping Norton has gone from Blue to Red. Boris, beware!

Hartlepool it is not. With proposals in hand for a new private estate of £6 million holiday homes alongside a Bentley showroom and a private race track for classic car collectors, this is not an area short of inward investment.

But for the chocolate-box villages, the farm animals and the rain, this could almost be the South of France or Malibu (after all, the Duke and Duchess of Sussex used to rent a weekend home here).

So why on earth has this bit of the country just bucked the national trend — and swung hard to the Left? How the heck has this become staunch Labour territory?

I am in picturesque Chipping Norton in the heart of the Cotswolds. In recent years, it has become the epicentre of the ‘Chipping Norton Set’, the constellation of political, media and showbusiness luminaries who divide their time between London and their farm-style homes hereabouts. 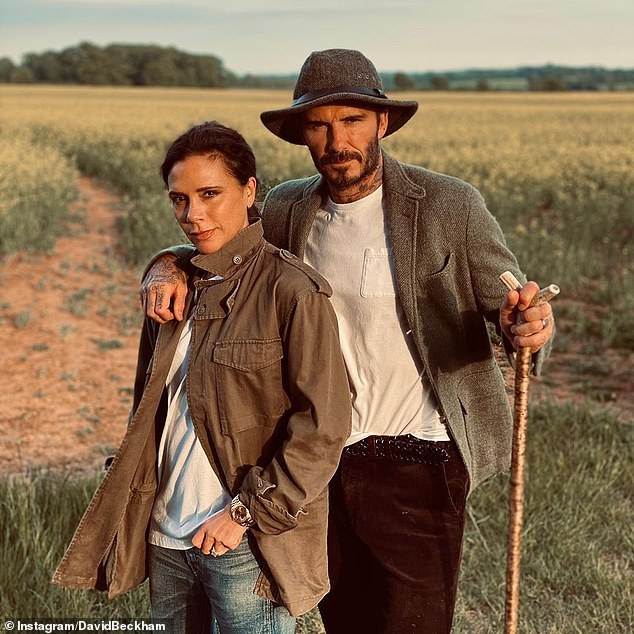 In recent years, Chipping Norton has become the constellation of celebrities who divide their time between London and their farm-style homes, including the Beckhams (pictured)

This is also home to Soho Farmhouse, the country branch of the Soho House club chain (which is what lured the Sussexes to the area).

Yet, incredibly, this is the start of Labour’s new red wall. The party of the Jarrow marchers and Arthur Scargill is on the run in the ex-industrial heartlands where, not so long ago, anything with a red rosette and a pulse could get elected.

Those days are over, as last week’s Tory triumph in the Hartlepool by-election showed (as well as a 74 per cent Tory vote for Tees Valley mayor Ben Houchen).

But Labour could still pop a champagne socialist cork here in Chipping Norton. Because the party swept the board in the town council elections, the district council seat and the seat for the county council election, too. It was a pattern of voting replicated in neighbouring Witney, too.

This whole chunk of West Oxfordshire makes up the parliamentary constituency of Witney, the former seat of David Cameron and, in previous years, of Tory grandee Douglas Hurd. 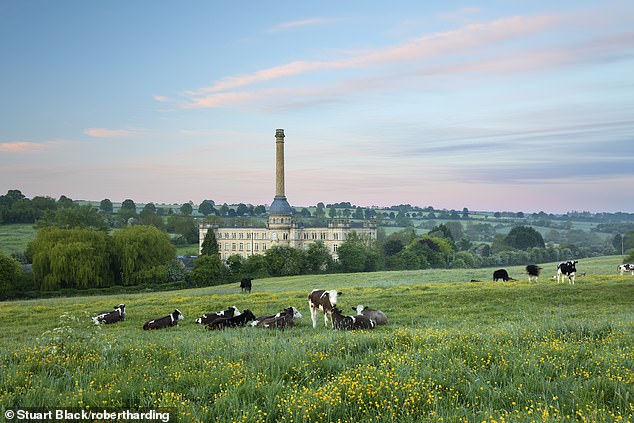 So why on earth has this bit of the country (pictured) just bucked the national trend — and swung hard to the Left? How the heck has this become staunch Labour territory? 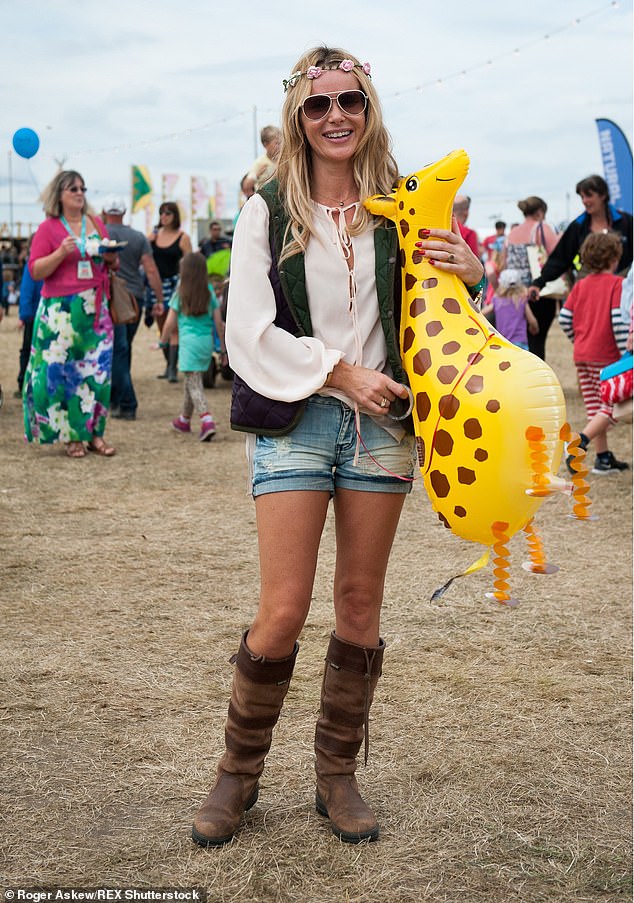 Residents of the epicentre of the ‘Chipping Norton Set’ include celebrities such as Amanda Holden (pictured in Kingham, Costwolds), JCB heir Lord Bamford and pop star Alex James

Ten years ago, the town of Witney had just one Labour town councillor. Now, the town council is overwhelmingly Labour, the mayor is Labour, six of the nine district councillors are Labour and, last Thursday, the leader of the local Labour group, Duncan Enright, stole a Tory county council seat, too.

So what is going on? The answer, beyond the usual local issues, is an important lesson for Tory high command: don’t take your heartlands for granted.

After all, Labour did that in Scotland as well as in the North of England, and look what happened.

So, the noises I am hearing here in Chipping Norton and Witney, though little more than a batsqueak in the national scheme of things, are still a warning for Boris Johnson: it’s all very well ‘levelling up’ in the North, but don’t assume Middle England will stay loyal if you ignore it.

And the locals’ mood will not have improved following this week’s Queen’s Speech, in which the Government has promised the biggest overhaul in planning in 70 years to build more homes more quickly. Here in Chipping Norton, the locals tell me that the health centre is already full to bursting and the roads cannot cope.

Over in Witney, people are up in arms over a plan to plonk 1,400 new homes in a part of town which suffered terrible floods last winter. Some point to a sewage overload that threatens unspeakable things for the local river, the Windrush.

Helen Marshall, director of the Oxfordshire branch of the Campaign for the Protection of Rural England (CPRE), tells me the area is expected to squeeze in nearly 16,000 new homes — an extra 37 per cent — in the next ten years.

‘And there’s no way the Government is planning to put in 37 per cent more infrastructure,’ she says. ‘The vast majority of these new homes will be on greenfield sites.

‘We all accept the need for more houses, but the emphasis should be on ‘better’ not ‘quicker’. This amount and pace of growth is very hard to absorb in a fundamentally rural area, and local people feel their views have been ignored.’

All the wealth indicators would mark this part of West Oxfordshire as a Tory citadel. Neighbouring Bampton is so smart that they film chunks of Downton Abbey there. 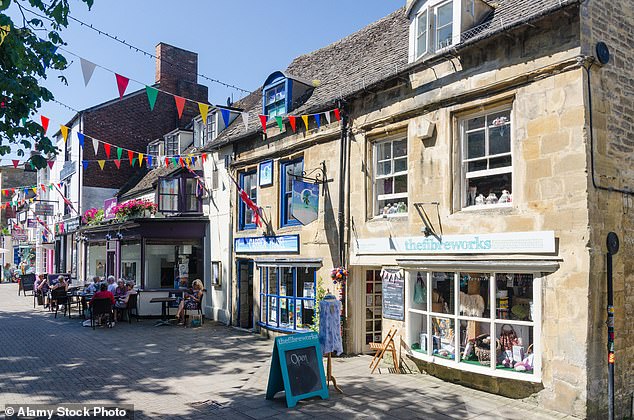 In ‘Chippy’ (pictured: Middle Row in Chipping Norton) part of the town’s charm is the number of thriving, independent shops instead of the usual identikit retail chains 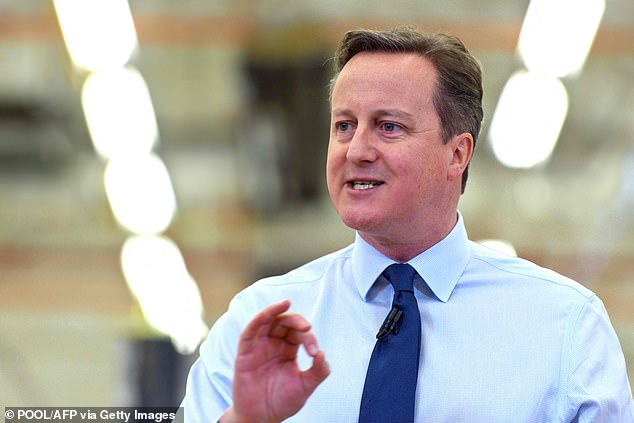 The chunk of West Oxfordshire makes up the parliamentary constituency of Witney, the former seat of David Cameron (pictured) and, in previous years, of Tory grandee Douglas Hurd

In ‘Chippy’, part of the town’s charm is the number of thriving, independent shops instead of the usual identikit retail chains. I spot that long-lost relic of another age – a real ironmongery.

The locals want to keep it like this – and if they sense that the Tories will not do so, they will vote for someone else.

Take a lady I meet in an upmarket baby boutique called Tickittyboo (you won’t find many of those in Hartlepool).

‘People have had enough of the traffic,’ she says, pointing out the window at the A44. ‘Just look at all those lorries.’

It all makes this fertile territory for Labour. Last week, Geoff Saul, a local solicitor, won here for Labour in both the district and county council elections.

He is away at a funeral when I turn up, but his party vice-chairman, Steve Akers, talks me through the strategy. ‘It boils down to a good candidate and a lot of hard work,’ says the former trade union official.

One thing which strikes me is the number of Labour poster boards I see. During a week on the Hartlepool by-election trail, I saw not a single one for any party. Here in ‘Chippy’, I find three Labour boards in one street.

Labour’s leaflets made no mention of Tory wallpaper. They banged on about planning and lorries instead.

Sue Richards, the local Labour secretary, says ‘Chippy’ has a long tradition of ‘being bloody difficult’, going back to a famous strike by mill‑workers just before World War I.

However, Labour have been pulling in votes well beyond the usual catchment area in town. The boundaries of this county council seat — which had been Tory for years — extend to a lot of the pretty villages and hamlets where the Chipping Norton Set hang out. So they must have been voting Labour, too.

Tory complacency was also a factor. One farmer tells me he was so cross at the absence of a Conservative campaign, he voted Green.

In Witney, I meet Duncan Enright, a medical publisher who has been leading the Labour surge in these parts. He points out that none of this happened overnight but rather, through years of hard slog. 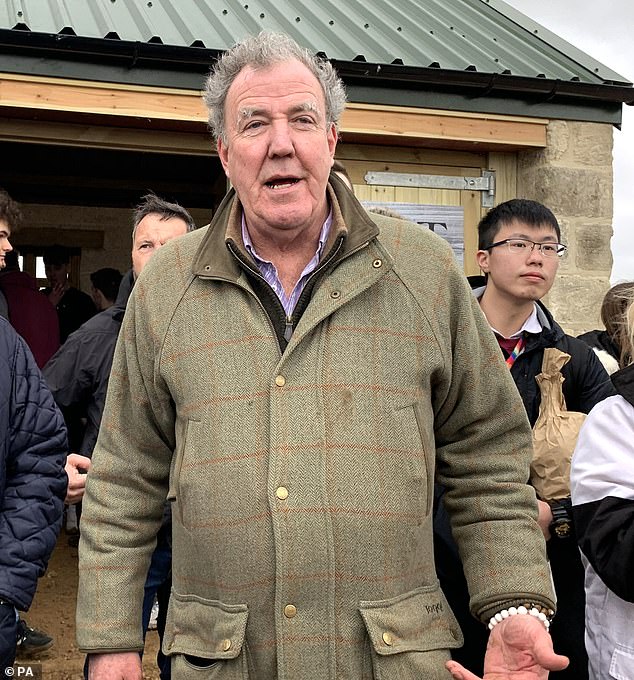 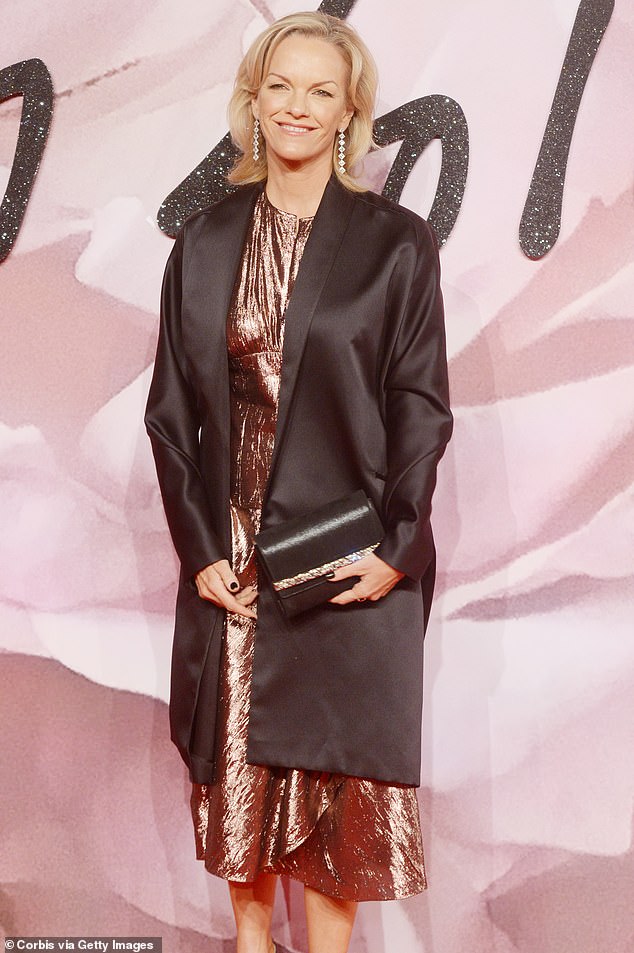 It is also home to Soho Farmhouse, the country branch of the Soho House club chain (which is what lured the Sussexes). Pictured: The ‘Chipping Norton Set’s’ Elisabeth Murdoch

‘There is a very strong community spirit here and we are part of that,’ says Mr Enright, arguing that his party is better at listening to local concerns, whereas the Tories arrogantly expect to be elected (though, interestingly, he has a good word for David Cameron’s work with the local Covid meals-on-wheels scheme).

But the key to all this is planning. Witney’s Labour mayor, Joy Aitman, points to the Tory plan for 1,400 homes next to a flooding blackspot.

‘We know we need new homes, but not the way the Tories are doing it,’ she says.

Neither the local Tory MP nor the Tory leader of the council could find time to talk to the Mail. Charles McDowell, chairman of the local Conservative Association, tells me his party’s loss of form is because it has to live in the real world.

‘It’s very easy being in opposition and going round telling everyone that if they vote Labour or Liberal, then they’ll get no more housing estates and a nice ring road,’ he says. ‘The difference is that we have a proper plan and they don’t.’

However, he concedes that the Tories need to take care while ‘levelling up’ elsewhere. ‘There are voters saying: ‘Don’t forget us.’ You can’t forget Middle England.’