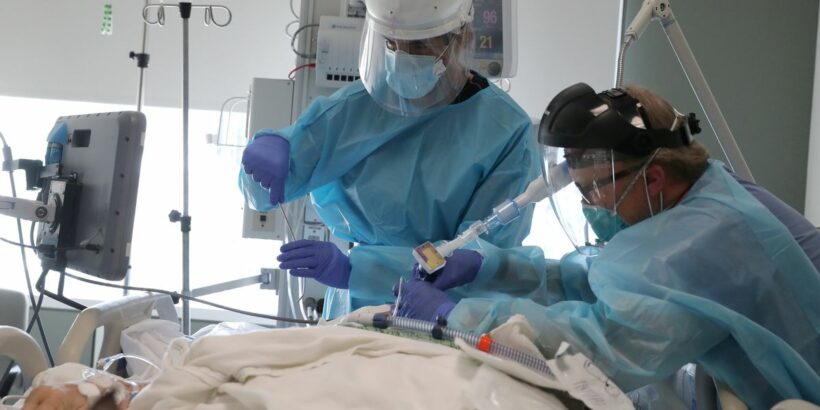 A new coronavirus variant identified in California spreads more easily than the original strain, is more likely to cause severe illness and is resistant to both vaccines and antibodies produced by other varieties, warns a leading epidemiologist.

Doctor Eric Feigl-Ding cites a report from scientists at the University of California in San Francisco (UCSF) who say a cluster of mutations in the state make the Californian strain a “variant of concern” as dangerous as those from South Africa, Brazil and the UK.

"The old strain is waning, while the more contagious #B117 strain is dominating," he adds. "We will be soon slammed very hard."

Researchers analysed over samples from over 2,000 samples collected from patients in California between September 2020 and January 2021. Their results suggest the new variant is between 19% and 24% more transmissible.

Dr. Charles Chiu, an infectious diseases researcher and physician at UCSF, says this new variant, named B.1.427/B.1.429 by researchers, is will probably account for 90% of the state’s infections by the end of March. Early analysis suggests that B.1.427/B.1.429 may also be deadlier than other strains.

“The devil is already here,” he told the LA Times. “I wish it were different. But the science is the science.”

Dr. Chiu and his colleagues estimate that cases caused by the variant are now doubling every 18 days.

Even more worryingly, he adds, there’s a significant danger of a “nightmare scenario” if the Californian and UK variants could have both infected a single patient – combining to form a hybrid super-virus.

Dr. Anthony Fauci, director of the US National Institute of Allergy and Infectious Diseases, told the Los Angeles Times that a “survival-of-the-fittest contest” between the Californian and British coronavirus variants could drive the evolution of a vaccine-resistant strain of the virus.

He said that he expected that people in the US would have to accept some measure of lockdown restrictions until “the beginning of the first quarter of 2022”.

He did add, however, that there was hope for “a significant degree of normality” by the end of this year.