More than 1000 children and teenagers under the watch of the Department of Child Protection in Western Australia have no dedicated caseworker.

These children are said by some to be “queued” while the Department of Communities argues they’re on the “monitored list”.

But among foster carers it’s known as the “ghost list”. 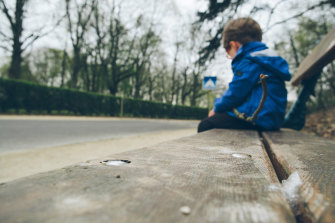 Children on the monitored list do not have a caseworker to get to know and trust.Credit:iStock

Community and Public Sector Union branch secretary Rikki Hendon, who represents child protection workers, said the number of young people on the list had been sitting at a very high number for months but this was the first time the number had cracked 1000 for about a year.

Hendon said children and teenagers needed consistent eyes on their case and to build a positive and trusting relationship with their caseworker – and those on the list were missing out.

“Our members are concerned with the unallocated cases on this list, that those young people and families are falling through the cracks and not getting the access to assistance that they need,” she said.

“We acknowledge that there has been some additional resourcing allocated in the budget but it is not enough to deal with the extent to which child protection is under-resourced.”

Western Australia has 7532 children and young people in care or under the watch of the department, sometimes through an active investigation into their safety and wellbeing.

Of these 4981 children live with carers.

There are 1034 unallocated cases, meaning they don’t have an officer dedicated to their welfare, and of these 636 are children in care.

Hendon said caseworkers were burning out and leaving the job, resulting in not enough left to manage demand.

Too many caseworkers had 15 or more cases. Some even had more than 18 to manage.

Currently, there are 75 caseworkers across the state with responsibility for the welfare of more than 15 cases each. The average number of cases per worker is 9.06.

A 2007 Western Australian Industrial Relations Commission order states child protection workers can hold an upper limit of 15 cases each, with up to 18 cases in certain circumstances.

“Something quite significant needs to be done in this space to provide that circuit breaker,” Hendon said.

Caseworkers are needed to approve children in care going on school camps and excursions, enrolling in daycare or school and travelling with their foster family.

They arrange contact between the child and their biological family, approve or deny medical assessments and therapies, work with the NDIS and on legal issues for the child.

A foster carer who spoke on condition of anonymity said children without their own caseworker were “floating in the system with no one looking after their interests”.

Caseworkers are meant to check on children once every three months.

“Many kids are massively at risk of being in unsafe situations and no one knowing,” she said.

The total number of all cases on the monitored list is 1034.

Commissioner for Children and Young People Jacqueline McGowan-Jones said she held grave concerns for any child or young person who may be at further risk due to a lack of resourcing.

“I would always be very concerned that children and young people may be at risk due to not having an allocated caseworker,” she said.

“Whilst we do not have the specific numbers we are aware that this does occur, and these matters are part of the ongoing conversations I have with the Director General of Communities”.

She said she had spoken with the executive director of the Foster Care Association and some kinship carers who raised concerns about the challenges of not always receiving a timely response for even simple matters such as making medical appointments for children because caseworkers were overrun or their child didn’t even have one.

“It is critical that children and young people in the WA out-of-home care system are provided a safe and nurturing environment to live, and active case managers are key to achieving this,” she said.

“Communities aims to ensure all children in care have an allocated caseworker but a range
of factors such as planned/unplanned leave, recruitment, and vacancies can impact on the
capacity to allocate a designated caseworker to all cases,” he said.

“Being on the monitored list does not mean the child is not being cared for. It means the
child or family does not have an allocated caseworker.”

He said the immediate safety of children was always actioned, even for children on the list.

A team leader reviewed each case to ensure there were no tasks requiring immediate action.

On Wednesday Opposition Leader Mia Davies said Communities was “clearly dysfunctional” while dealing with some of the most vulnerable people in the community.

“It’s time that the light was shone into all corners of that significantly large and complex department to make sure that we are actually doing what’s right for the vulnerable people in Western Australia,” she said.

“It is my goal that every child in care has a dedicated caseworker they can build a relationship with – it is good for the children and good for staff,” McGurk said.

“Unfortunately, there have been pressures on the workforce due to COVID, but we are working hard to overcome these issues.”

She said the best long term strategy was to invest in initiatives that support families so their children can remain safely with them.

“I would like to acknowledge that child protection workers do some of the most difficult and important work in our community,” she said.