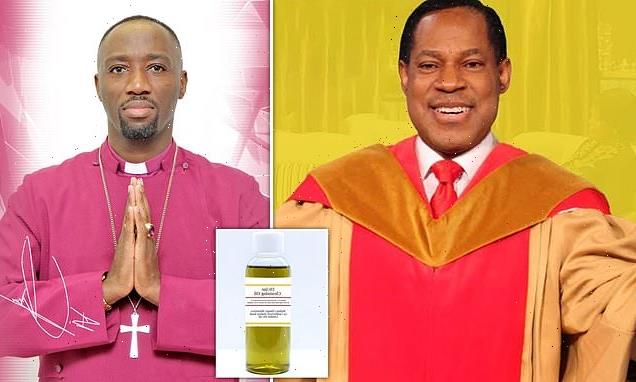 The Gospel sowing doubt on Covid jabs… It’s a disturbing fact: Where only 4% of white over-60s haven’t had a vaccine, it’s 31% for black people. Are these influential pastors one of the reasons why?

The enormous advert emblazoned on a red London bus was eye-catching. It showed a man in a yellow suit calling himself a prophet, catchily named Bishop Climate, and inviting new worshippers to his Kingdom Church near the Thames.

The publicity drum roll for the private church, listing its Camberwell address and service times, received the blessing of Transport for London and ended only weeks ago.

But what the bus advert didn’t reveal was the controversial past of Bishop Climate. He was discovered last year offering a bogus Covid-19 ‘cure’ in a mysterious-looking oil-filled bottle, labelled with a psalm and marketed as ‘Plagues Divine Protection’.

The bottle, with a price tag of £91, came with a curious piece of red yarn to put around your waist, which the Bishop promised gave extra protection against the virus. In a sales pitch for the ‘cure’ on his blog, the self-styled Bishop Climate told potential buyers to hurry and ‘get your divine plague protection kit today!’

Bishop Climate, in reality a short-haired man named Climate Wiseman, is under investigation by the Charity Commission and Camberwell’s Trading Standards’ department after he sold more than 1,000 of his dubious bottles and yarn as the pandemic began to rage last year. 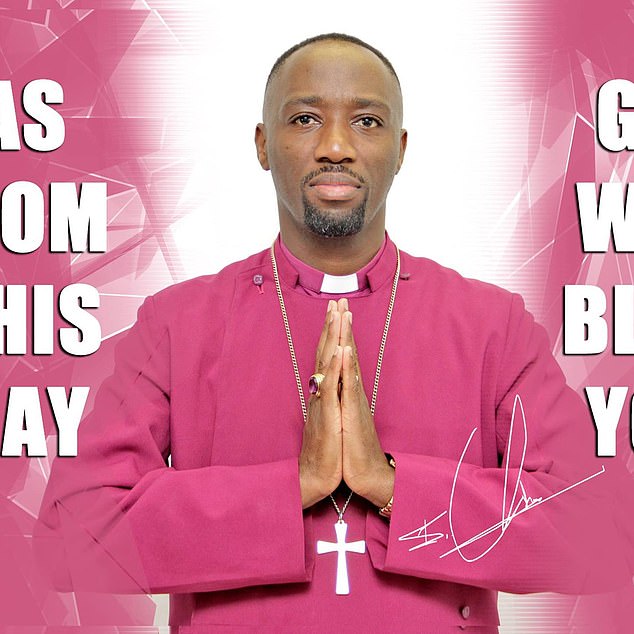 He has since removed his potion from sale. But the Mail this week bought a similar-looking product in an identical bottle, bearing the same psalm and sold with red yarn, from the pastor’s church website.

Labelled Divine Cleansing Oil, it promises to fight illnesses, including inflammation and coughing, the very symptoms of Covid-19. And, oddly, it has the same instructions for use as the Plagues Divine Protection: put drops of the oil in a bowl of hot water and inhale the steam coming from it with a towel over your head.

All this might sound an unimportant local controversy. But the Kingdom Church’s Bishop Climate has hundreds of devout Christian followers in the UK who hang on to what he says. He told them his protection oil was an unction based on the scriptures of the Old Testament book of Leviticus.

And when challenged by the BBC over the fake Covid-19 ‘cures’, a spokesperson at Kingdom Church said they were being sold ‘to protect the nation’.

Before the lockdowns, Bishop Climate’s extraordinary middle-of-the-night sermons attracted large crowds at Kingdom Church. They provoked a legal brouhaha because neighbours complained that — at 3 am — the enthusiastic sound of Hallelujahs disturbed their sleep.

Because of his undoubted popularity, he is in a perfect position to persuade his disciples, mainly from the black African community cautious of the Covid-19 vaccine, to take the jab. Yet he has done exactly the opposite by selling his dubious potion.

And he is not the only evangelical church leader to turn his followers against the jabs.

Last month, the glare fell on another pastor turned faith healer, Pastor Chris Oyakhilome, a millionaire many times over (according to the Forbes rich list). He is based in Britain and heads 90 evangelical churches in the UK and many more worldwide.

He was fined £125,000 by the broadcast regulator Ofcom for spouting a virulent anti-vaccine message on his religious TV channel, Loveworld.

Last December, Loveworld aired a 29-hour programme across the UK and other countries viewed by thousands of his followers during what was called a Global Day of Prayer. 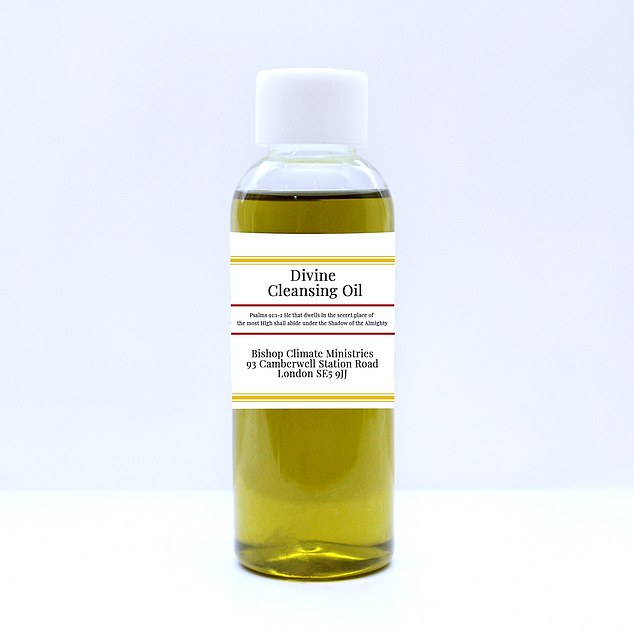 The bottle, with a price tag of £91, came with a curious piece of red yarn to put around your waist, which the Bishop promised gave extra protection against the virus

Ofcom says that in the marathon broadcast Pastor Chris asserted the virus outbreak was planned, that the jab was ‘sinister’ and could be harnessed to plant nanochips to control human behaviour. He even claimed it was somehow caused by 5G, the new-generation mobile phone network being rolled out in the UK.

The Ofcom fine, with a stern rebuke of his ‘conspiracy theories’, came just days after Pastor Chris made another attack on vaccines which may not have been spotted by the regulator.

On YouTube, he criticised other evangelical church leaders who obeyed the UK Government’s request for them to persuade their worshippers to have the jab.

‘I can’t understand how a minister of the gospel would find a vaccine to be the solution for the world,’ said Pastor Chris.

‘Have you become the ministers of vaccines? What happened to you?’ he asked his fellow pastors. ‘It is not our calling . . . to lead God’s people into a belief in vaccines.’

Which is deeply disturbing. For this Nigerian-born church leader heads up Christ Embassy church, and has a growing congregation of 5,000 members across Britain

The pastor’s word is potent. He influences the thinking of some of the very Britons who have been catching, or dying of, the virus in the greatest numbers.

Yet take-up of the vaccine among black communities is low. Office for National Statistics’ figures show people of black African heritage aged over 70 are 7.4 times more likely not to have had the jab compared with their white British counterparts.

New analysis released on Thursday of NHS figures in England show only 4 per cent of white people over 60 haven’t had the jab, but the number is 31 per cent for black people.

At a time when the subject of race is so contentious, this is emotive. But it is also highly important as Boris Johnson’s Government mulls over the idea of vaccine passports, and care workers — many of whom are from ethnic minorities — may be refused jobs looking after the elderly if they do not protect their clients by having the jab.

The passports could soon be the only way of securing entry to nightclubs, restaurants, sporting events, cinemas and even pubs, as well as a host of other venues.

Can you envisage a more explosive situation than one in which large numbers of black Britons are barred from these pastimes because of the low take-up of the vaccine, while white people — whose acceptance is much higher — are allowed in?

Or where a significant proportion of one ethnic group is prevented from travelling abroad, while almost everyone else in another is permitted to do so? And, controversially, where a person is not allowed to work in one particular sector if they have not had the vaccine? 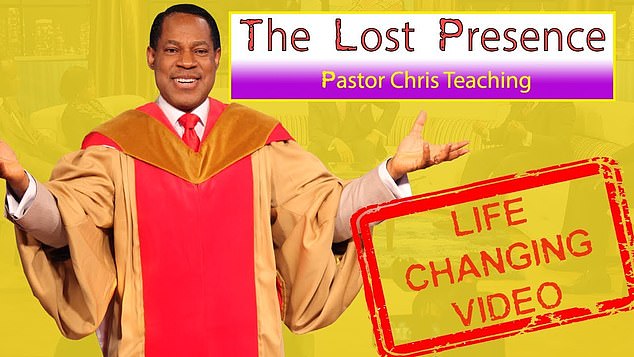 How would this play out in a multi-cultural Britain trying to mend racial divisions? It echoes the segregation associated with the despicable apartheid regime in South Africa,

The health implications of widespread refusal are equally momentous. Some experts say it threatens the success of the vaccine roll-out.

Dr Zubaida Haque is a race equality expert and member of Independent Sage, which monitors the official Scientific Advisory Group for Emergencies (SAGE) working alongside the Government.

She says the low take-up among certain communities is of ‘extreme concern’, and will make it much harder for Britain to reach herd immunity and protect the entire population from coronavirus.

Halima Begum, chief executive of race-equality think-tank Runnymede Trust, issued a similar warning: ‘The lower take-up compromises the integrity of the UK’s effective roll-out of the vaccine. We will struggle to achieve herd immunity of 70 per cent-plus if significant minority communities are scarcely achieving 50 per cent vaccine penetration.’

Such is the concern, prominent members of the black community are pleading with everybody to have the vaccine.

‘We ask you to trust the facts about the vaccine from our own professors, doctors and scientists involved in the vaccine’s development as well as GPs, not just in the UK, but across the world including the Caribbean and Africa,’ wrote Sir Lenny.

His plea coincided with ONS data showing that in parts of the country where white British people make up most of the population, the take-up has been enthusiastic, topping 99 per cent for eligible groups in Stratford-upon-Avon and Warwick.

The lack of enthusiasm in ethnic communities was illustrated by an extraordinary photograph of a vaccine queue.

At least 3,000 people rushed to a hub at Walthamstow Library in North-East London when word got round that the council was offering spare doses.

Among the crowd were more white faces than black, despite the area’s large ethnic minority population, some newly arrived migrants of African heritage.

Why should that be? Perhaps an answer lies behind the doors of 150 Christian churches in the Walthamstow area, many evangelical and some vaccine-hostile. One is run by Pastor Chris Oyakhilome of the Christ Embassy who, remember, preaches that jabs are inferior to prayer against the deadly virus.

However, religion is just one factor, as Emmanuel Adeseko, 32, a pastor based in Birmingham, explained.

Mr Adeseko, like many responsible church leaders, is urging Afro-Caribbean people to get vaccinated. He says the scepticism is provoked by misinformation on social media, although religious beliefs ‘come into play’.

Dr Winston Morgan, of the University of East London’s Medicines Research Group, agrees that trust in medicine has been lost over time: ‘For black people, in Africa and in other parts of the world, there is a long legacy of poor medical treatment and questionable practices in drug development.’

The forced sterilisation of American black women, a lack of UK research into the blood disorder sickle cell disease — which almost exclusively affects black people — and shocking statistics showing that black women are five times more likely than other ethnicities to die in pregnancy and childbirth, have, inevitably, fuelled a distrust in health authorities.

The net result was evident when the Mail visited ExCel, the massive convention centre dispensing vaccines in Newham, East London.

According to the last census in 2011, the borough has the UK’s smallest proportion of white British people in England and Wales (16.7 per cent), the second largest Bangladeshi population, and fourth largest Black African population.

At the ExCel hub, a volunteer said the take-up was so low ‘we are giving them away after four each afternoon, even to the construction workers on site here’. He invited us to return and take a chance ourselves on getting an unused jab the next day at six.

We then received an email about a white policeman, in his 40s, who had been given a spare jab at ExCel, although he was under the priority age.

‘He went late in the afternoon and felt himself lucky,’ said our informant about the front line officer. He was told hundreds of jabs are not being taken up at the hub ‘on some days’ because of a shortage of takers.

Yet ironically, the mighty ExCel centre is where some big gospel events are organised by Pastor Chris’s Loveworld organisation.

Thousands of his devoted disciples have gathered there to sing hymns and fervently praise the Lord.

At one such gathering, called An Atmosphere Of Miracles, in 2015, his church Christ Embassy and TV channel Loveworld boasted on the internet: ‘The lame walked, the blind saw, 60 years of deafness healed, the aftermath of stroke reversed, many received . . . salvation’.

If only this vaccine-hostile pastor, who can fill seats at the ExCel for a gospel get-together, would encourage his flock to return there for a quick shot to protect them from the virus.

But then that really would be a miracle.