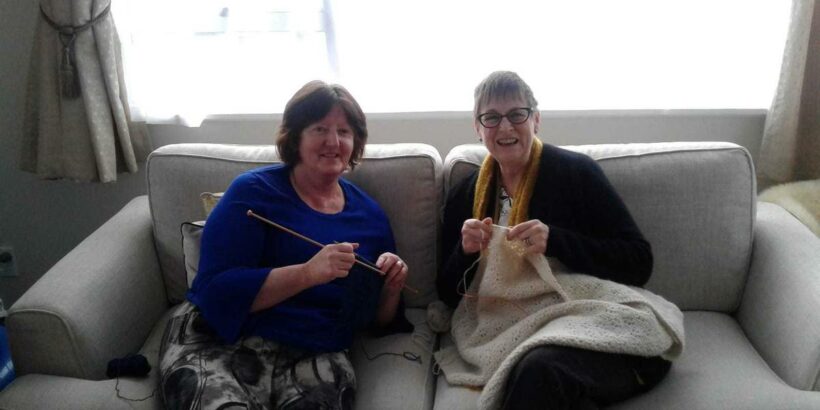 The cancer journey can be a “long, hard one, filled with dark, dreary days” but you have to grab any little positive that comes out of it, Hawke’s Bay woman Linda McAuley says.

McAuley, from Willowflat, Kotemāori, was diagnosed with an aggressive form of breast cancer in 2012 aged 59.

In her battle against the disease she realised the importance of the Breast Cancer Foundation (BCF) and its experience at helping those like her through it.

Now she wants to give back, by co-ordinating and potentially volunteering for the foundation’s street appeal in Wairoa, but she needs some helpers to join her.

McAuley, a retired GP, didn’t have any of the associated risk factors for breast cancer when she felt a “painless breast lump” and decided to go to the doctor.

“I was in denial, I didn’t think I would get it being a doctor. I would go for mammograms every two years, I didn’t have any of the associated risk factors.

McAuley, now 68, was out of town on a locum at the time and ended up seeing a surgeon in Dunedin, and getting a mastectomy.

Then she came back to Hawke’s Bay, and started chemotherapy three weeks after her surgery.

“It was coming into winter, and I remember it as my winter of discontent.”

She went through 12 weeks of chemotherapy, which wasn’t helped by the nearly three-hour return journey to and from the Hawke’s Bay Hospital.

Then her hair started falling out.

“It’s emotionally and physically distressing, but it came back dark and curly for a bit.

“I used to have mousy brown hair. You have to grab any little positive you can.”

After chemotherapy she went to Palmerston North to get radiotherapy, Monday to Friday for five weeks.

Courtesy of the Cancer Society she would be driven up on Monday and back down again on Friday.

The accommodation provided was lovely, she said, but the stay was still “long and dreary” in her mind.

McAuley’s cancer was HER2-positive, which tends to be more aggressive than other forms.

“They put me on a targeted therapy called Herceptin, for which I had to get 17 injections three weeks apart.”

The treatment finished up in 2013, she said, but as a result she got two complications.

“About four years ago I developed Lymphedema in my right arm and hand. That’s pretty much what made me decide on retirement.”

She had to wear a disposable glove on the right hand all day and she lost all tactile sensitivity.

She also must wear a compression sleeve and she said the BCF was “really good” at getting them funded.

Her second complication occurred in May 2020.

“I was diagnosed with having cardiomyopathy (heart muscle damage) as a side-effect of herceptin.

“I kept thinking to myself ‘how many times do I have to get knocked down, and keep getting up again?”

BCF authorised her to go to a psychologist after that and get counselling in Napier.

“I have had four ECGs and they put me on two medications, and now try and see cardiologists every 18 months.”

She said the psychologist helped her get through the tough times and develop a more positive outlook. It couldn’t have happened without the help of BCF.

“Having cancer means you have no more guarantees. You have to ask yourself ‘what would I miss if my life was cut short?’ “

McAuley is co-ordinating the street appeal in Wairoa as a thank you to BCF, and she wants to hear from anyone interested in volunteering.

Volunteers will be out in force across the region for the street appeal on October 29 and 30.