When not enjoying a Caribbean cruise, they were the life and soul in the bars and restaurants near their two-storey Spanish villa on the Costa Blanca. 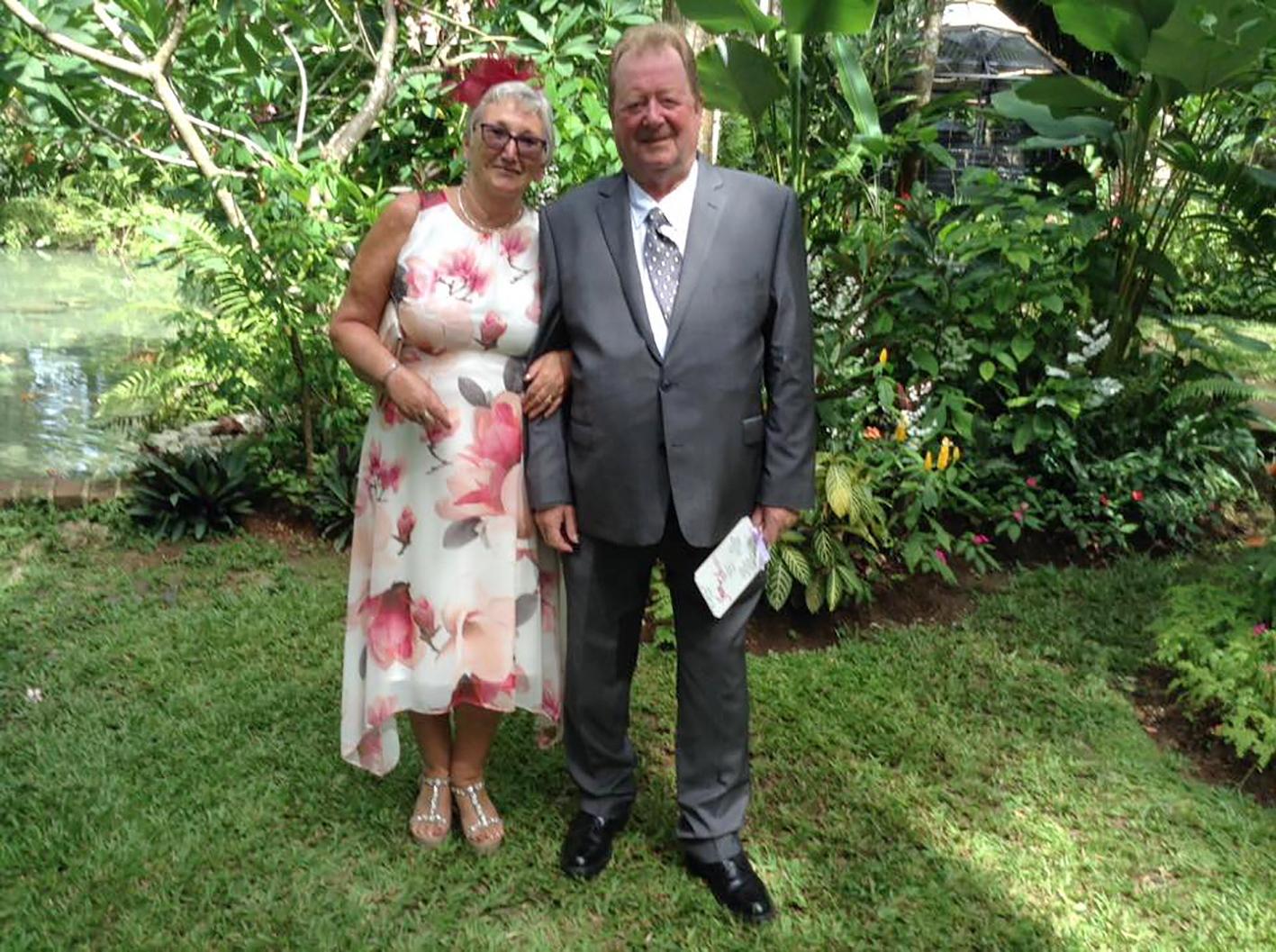 Brandy-drinking Roger, 72, would regale his new pals with stories of yesteryear and was forever on the golf course, while mum-of-three Sue, 70, enjoyed bingo twice a week, yoga classes and spinning.

It was a far cry from the mundane drudgery they left behind in Orpington, Kent — but all was not as it seemed.

Their enviable high life has come crashing down after they were arrested over alleged involvement in a £2million drug smuggling racket.

Cops found 9kg of cocaine hidden inside their suitcases after they docked in Lisbon, Portugal, on their latest cruise on December 4. 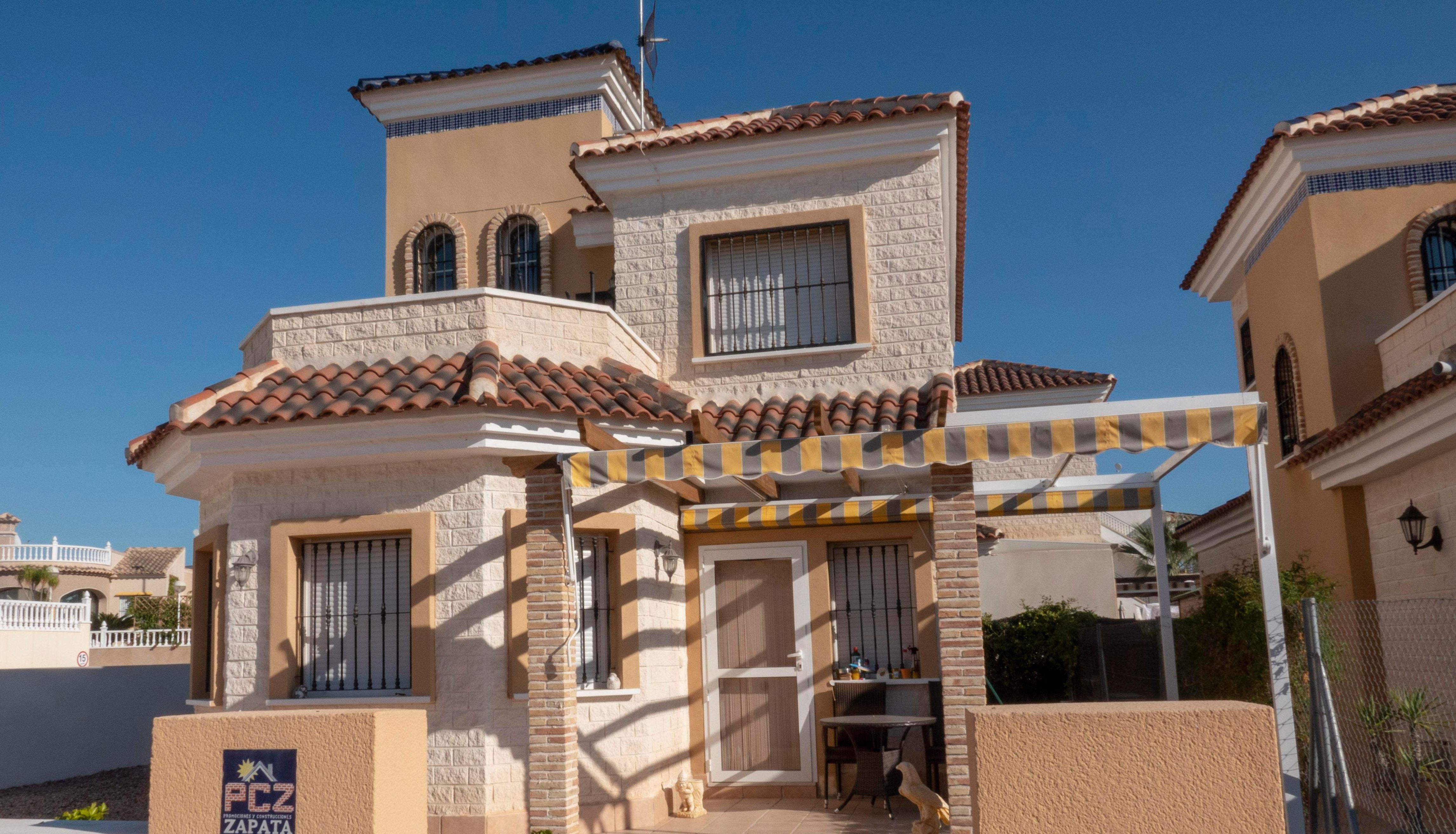 Undercover officers swooped on the Marco Polo ship after a tip-off from the UK’s National Crime Agency.

The couple are now “arguidos”, or suspects, and awaiting trial in separate prisons.

But could these kindly looking pensioners really be part of an international drug smuggling operation?

The Sun can reveal it is not the first time they have had problems with the law. The duo were once jailed in Norway for trafficking 260kg of marijuana resin.

They were spotted in September 2005 by an off-duty customs officer in Oslo handing over the drug from secret compartments in their car.

Detectives pieced together the couple’s movements and found they travelled to Norway 16 times between May 2003 and August 2004.

Roger was jailed for four years and nine months, and Sue a year less. 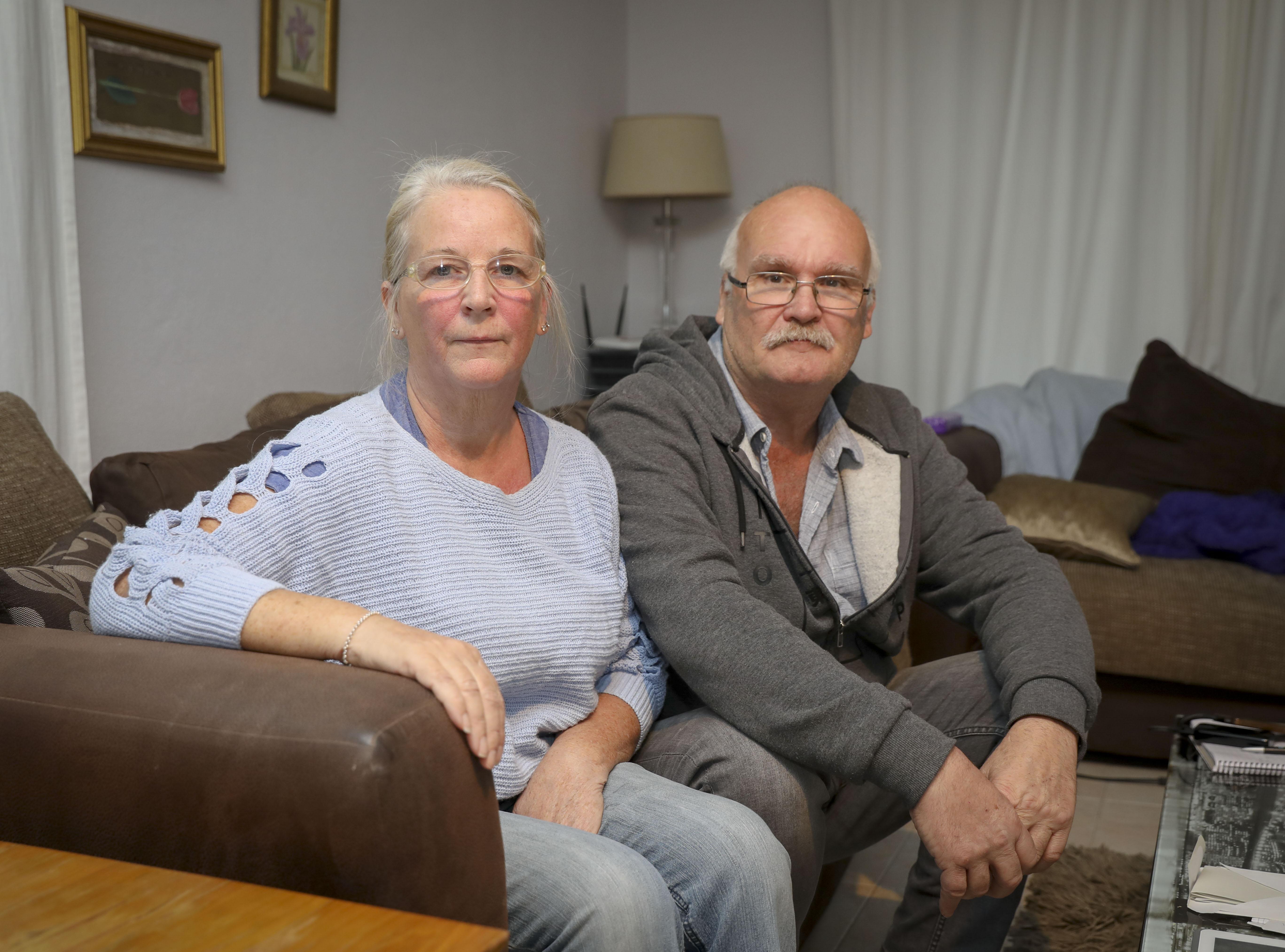 But they went on the run while on bail, giving a false address in England while changing their name from Button to Clarke “to avoid revenge from criminal associates”.

Interpol, the Europe-wide police force, put out an alert and they were eventually arrested in England in late 2010 after numerous address changes.

They said they had been frightened of being followed and, while on remand in a Norway jail, Roger claimed someone threatened to slit his throat.

Roger was jailed for five years while Sue got a four-year sentence.

The “Clarkes” told pals they had been caged for smuggling cigarettes on the back of a lorry.

For Roger it was just one more story to tell at the bar. It was, locals say, just more spin from Billy Liar — their nickname for Roger, after the novel by Keith Waterhouse.

In the quiet streets of the expat El Raso community, 600 miles away in Guardamar del Segura, Alicante — where the couple rented their villa for £450 a month — residents paint a picture of a man whose tales knew no bounds. 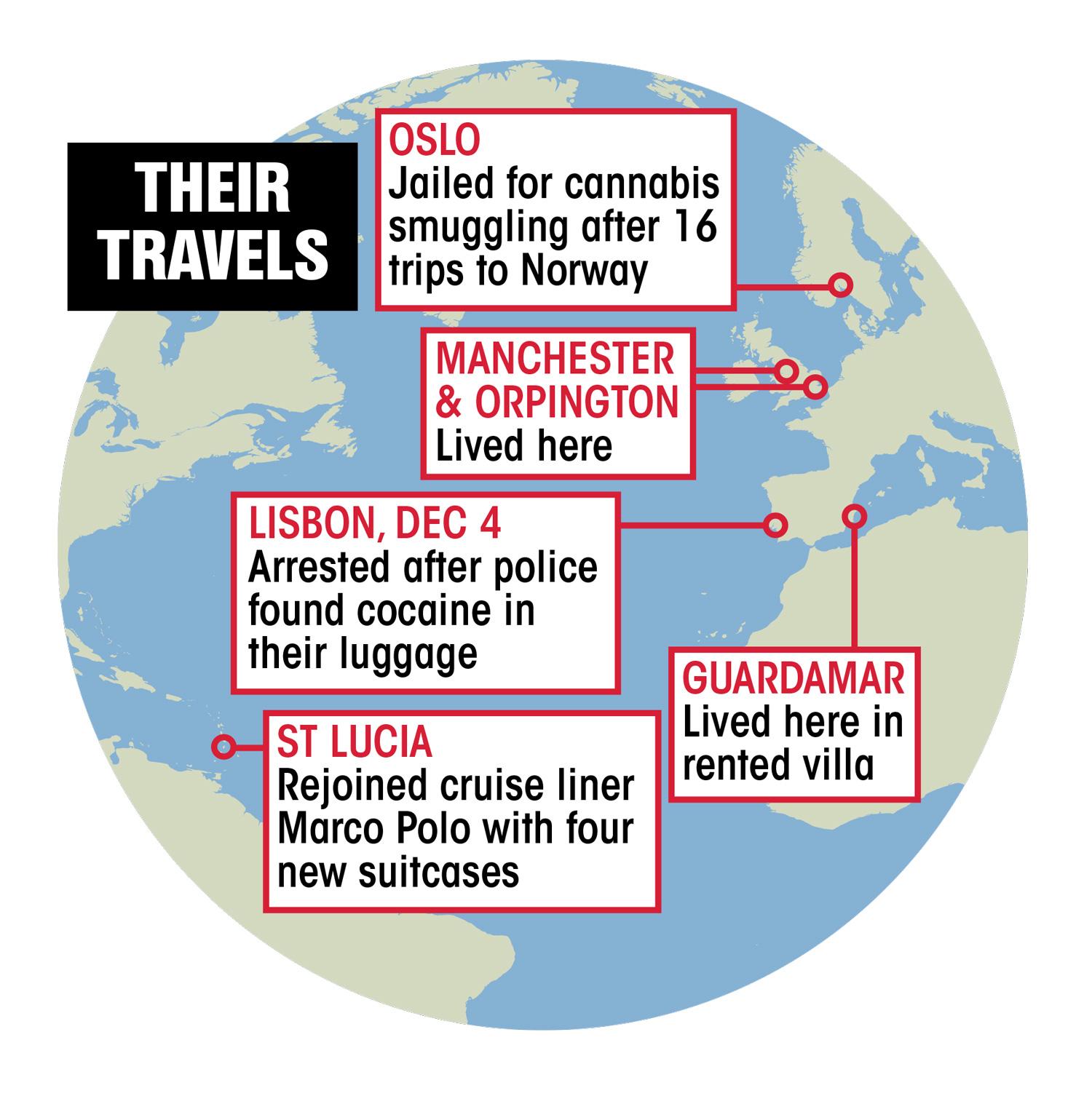 Plumber Paul Craven, 64, said: “If you’d done something you could bet your bottom dollar Roger had done it — but he’d done it bigger and better.” Roger told friends he was once a Michelin-starred chef, owned two restaurants, was a boxer, doctor, pilot, paramedic and prison officer. He said he served in the SAS during a six-year military career, a story spun on the back of a friend recounting his days as a paratrooper.

The reality was less exciting. He was a retired HGV driver.

Paul’s wife Pauline, 60, the Clarkes’ former cleaner, said: “It sounded a little far-fetched to me. I knew it was rubbish when he invited us over for chilli and started to boil the mince in a pan of water.”

In May 2016, over dinner at a posh restaurant, the Clarkes invited the Cravens to join them on an all-expenses-paid Caribbean cruise.

For them, the £3,000-a-head trip was the opportunity of a lifetime.

Like most of the Clarkes’ cruises, the three-week break would begin and end at Tilbury Docks, Essex, but came with a catch. 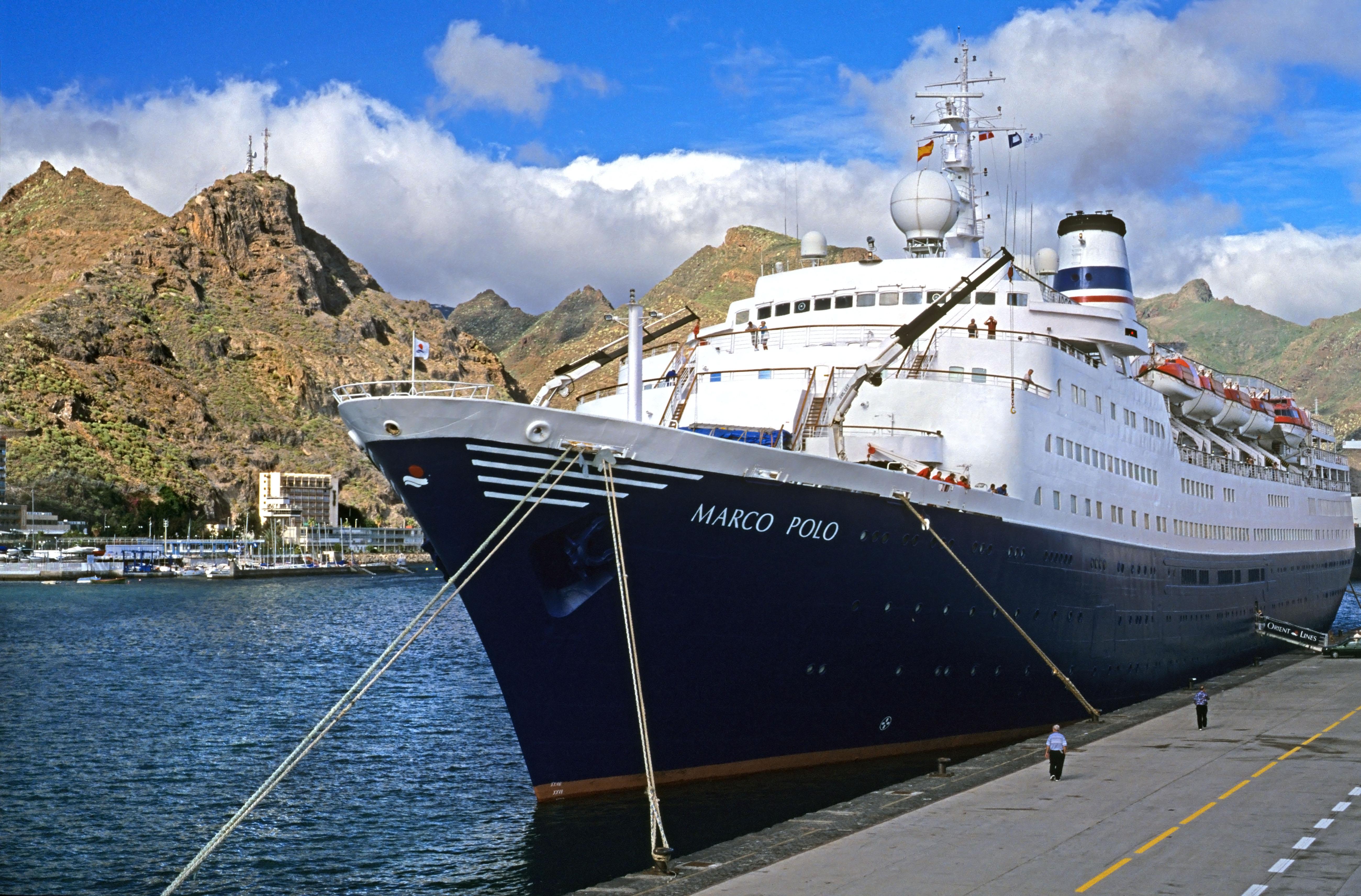 They would have to transfer their clothes into new suitcases Roger would be picking up in St Lucia.

Paul, originally from Bolton, said: “He told us he’d been going to the Caribbean on cruises to export pineapples to Britain. He called it ‘the pineapple run’ and said he’d been doing it for a few years and was making £15,000 each time.

“He said the people with the pineapples paid for the cruises as well. They’d be paying for ours.

“He said ‘all I want you to do is bring back some suitcases with you’. He said he made some money off the containers of pineapples and a bit extra off the suitcases.”

Pauline added: “As soon as the suitcases were mentioned . . . there was no way we could get involved.” The Clarkes cut them off completely and Pauline was dropped from her £80-a-month cleaning job.

They claimed they could not afford to keep her on, despite their extravagant lifestyle. 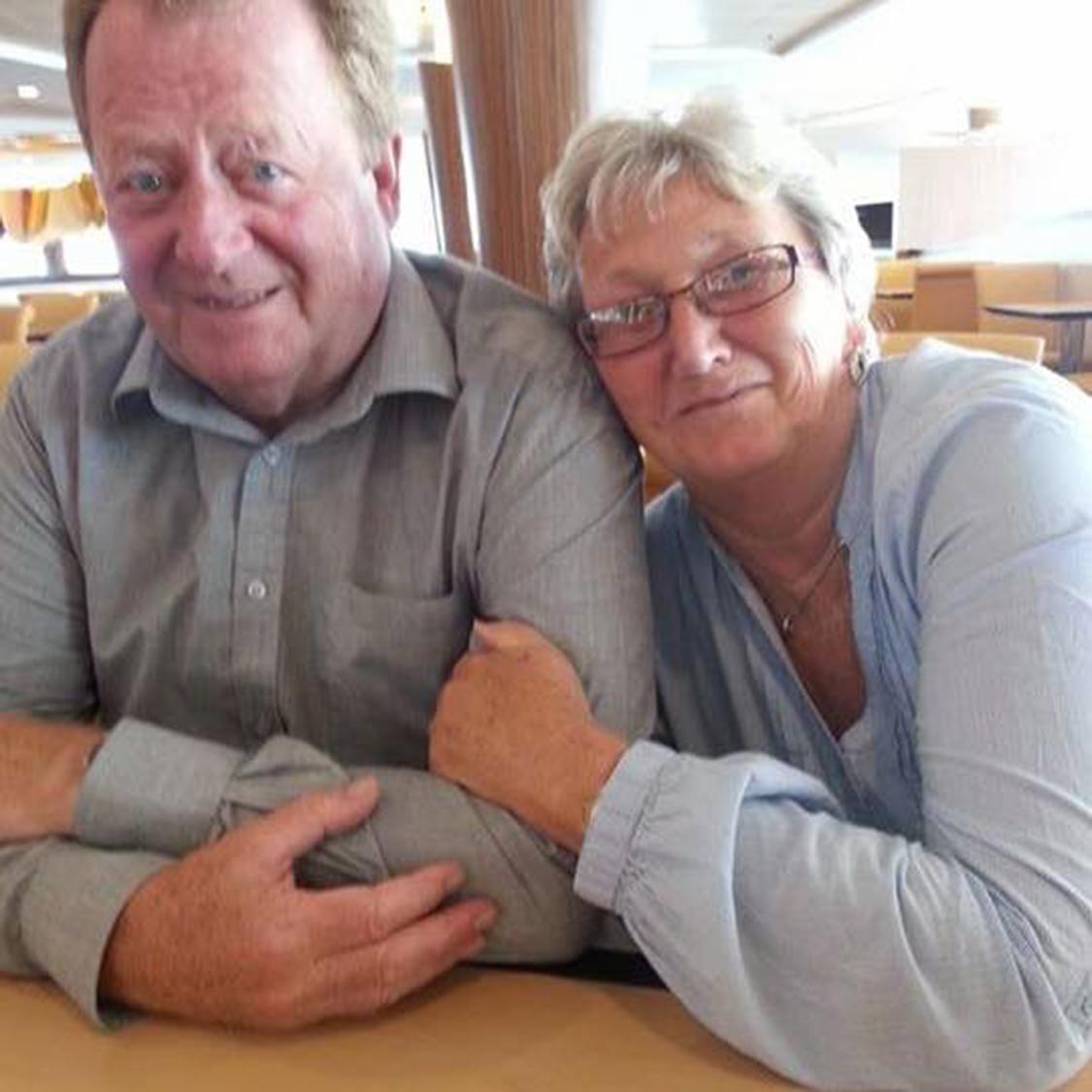 Days later the Clarkes were entertaining another British couple, who do not want to be named. They were also offered the chance of a free holiday.

The wife, originally from Nottingham, said: “Roger told us he goes off to collect exotic fruit while his wife stays on ship. He said he sold the fruit to hoteliers in London.

“I didn’t like him. He was a gobsh**e and a bit too friendly.

“He came across as quite a nice bloke but there was something about him that didn’t seem right.” She was not alone in her opinion. The Clarkes’ stories began as soon as they arrived in Guardamar four years ago, as they attempted to Tipp-Ex over their old life, which had started in Manchester before their move south to Orpington.

A friend said they changed their surnames so they could “disappear”.

The pal added: “They had been through a lot and just wanted to put the past behind them.” 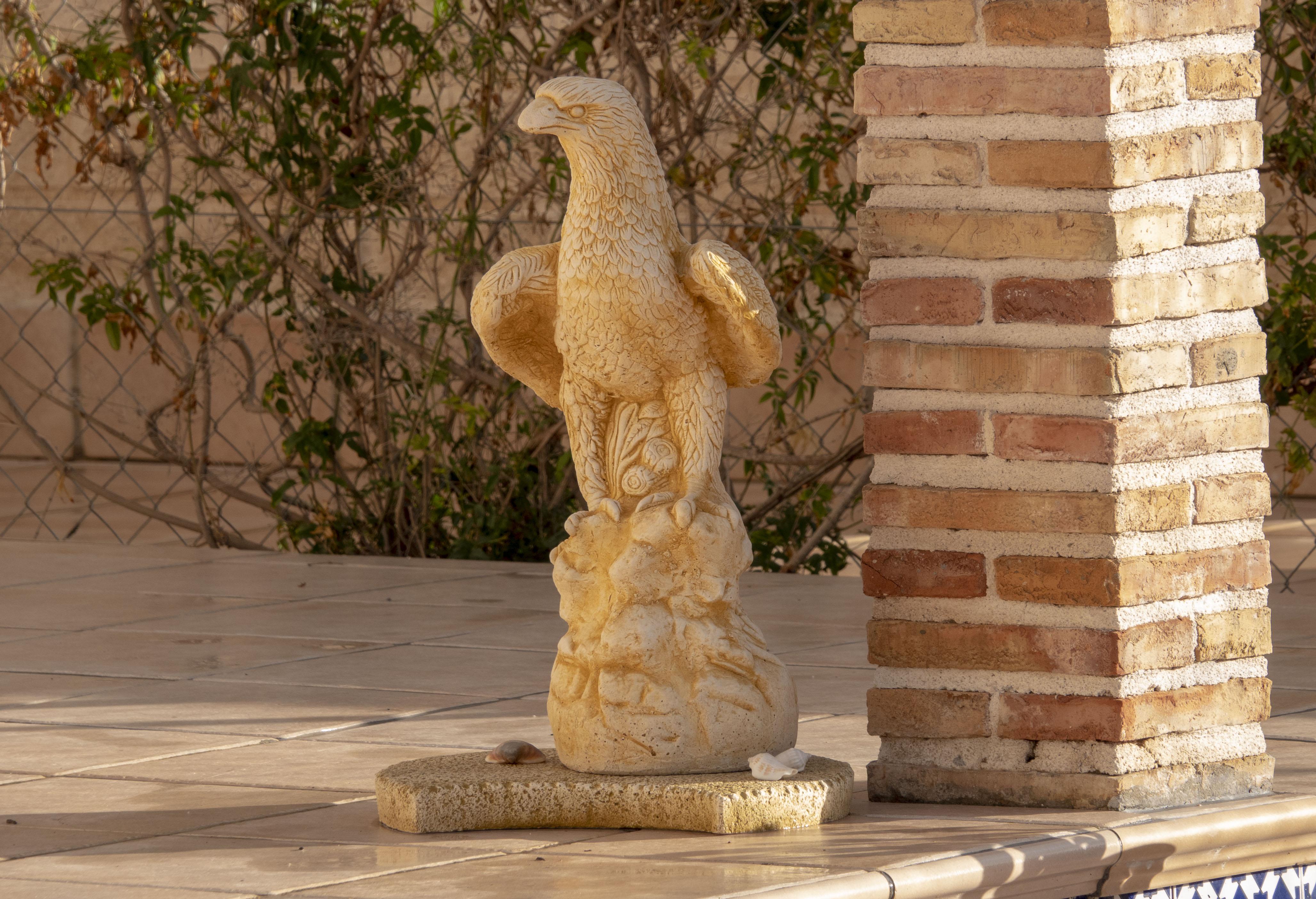 They re-tiled the front driveway of their rented villa and began making new friends at the local nightspots, Bar Med, O’Briens and El Bar.

A stone eagle — given to Roger for his 70th birthday — sits at the front door, along with a gnome. But there is nothing homely about the inside. A single photo of Sue’s kids, from her first marriage, sits on top of a cabinet next to the stairs.

Another friend said: “It was the type of house that if you needed to leave it quickly you could.”

Sue was well-liked, quiet, softly-spoken, a plain Jane. Roger, on the other hand, was loathed.

One neighbour said: “He was a nobhead. A complete know-it-all. He was a very loud Londoner.

“I really did think he shipped exotic fruits. We thought he had some fingers in something but never this extreme.”

Roger’s sister, Wendy Laker, followed him to the El Raso community, along with her daughter. At her home a few streets away she was too upset to speak, insisting: “There’s nothing I can say.” 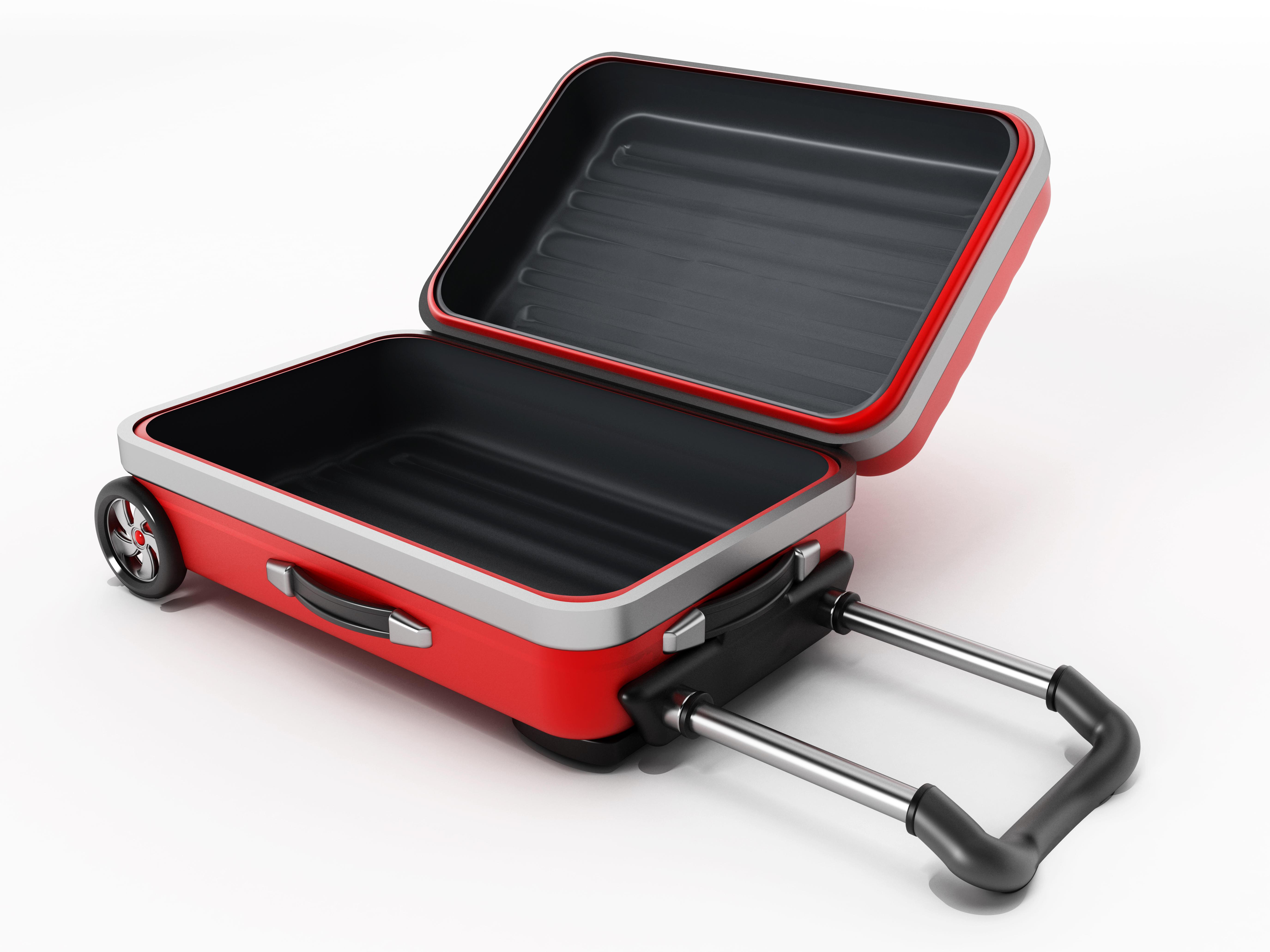 Cops raided the couple’s cabin as their liner docked in Lisbon and found the suitcases with cocaine hidden in false bottoms.

It was alleged that Roger left the boat in St Lucia and returned with four new suitcases, bragging to fellow passengers that he got a great deal on them.

A fellow passenger said: “He said, ‘I tell you what, Sue, I’ve done a really good deal, $200 for four suitcases.

They are currently awaiting trial and the pressure appeared to get to Sue on Thursday when she was taken to hospital.