New York: Ireland is trying to muscle in on a special United States visa class that only Australians currently enjoy and which has limited numbers.

A bipartisan bill before the US Congress threatens to open access to the prized E3 visa class to Irish workers, a prospect that has sparked an intense lobbying campaign by Australia's ambassador to Washington, Joe Hockey, to block the move. 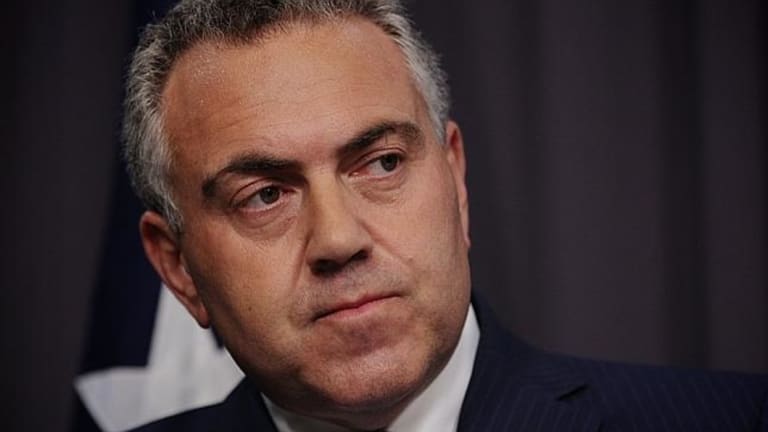 Australia’s ambassador in Washington, Joe Hockey, has been lobbying for Australians to retain sole access to the prized E3 visa.Credit:Photo: Alex Ellinghausen

The legislation to expand the E3 visa scheme to Irish immigrants was introduced to the US House of Representatives at the end of October and is due for debate in coming weeks.

Many members of the US Congress have Irish ancestry, and are sympathetic to the idea of making it easier for Irish professionals to work in America.

But Australian officials have launched a diplomatic battle to preserve the exclusive right to the visa, fearing that opening up the scheme to the Irish would lead to a stampede of other countries seeking to gain access to its special provisions.

The E3, negotiated as part of the 2005 Australia-US free trade agreement, is the envy of countries around the world because of the privileged status it confers on Australian professional immigrants to the US.

Unlike other visas, it permits the spouses of Australian recipients to live and work in the US without restrictions and can be renewed indefinitely. It is significantly cheaper than other visas and allows Australians to bypass the pool of hundreds of thousands of other applicants competing for the right to work in America.

The E3 is more generous even than the special visas negotiated for Canadian and Mexican professionals under their free trade deal with the US.

Australia has access to 10,000 E3 visas per year. Around 5700 Australians are currently accessing the scheme and that number has been growing in recent years.

Irish officials say they want access to any visas that are not taken up by Australians – a position strongly opposed by Australian officials led by Mr Hockey.

A source familiar with discussions said Mr Hockey had "gone nuts" about the prospect of Australia losing exclusive access to the E3 scheme.

"There has been a full-court press on this," the source said. "Australia has said, 'No way, we are not giving up what we are entitled to.'"

Sources close to the negotiations said other US members of Congress were already discussing the prospect of Indian and Korean citizens being given access to the scheme.

Australia has said that any immigration deal between the US and Ireland should not include the E3 visa, which was a pivotal part of free trade negotiations between the two countries.

There have been fears that, under the wording of the draft bill before Congress, Australians would be competing with Irish applicants for access to the visas rather than the Irish taking up any unused visas.

The Irish Times reported this week that the draft bill was being amended by the US Department of Homeland Security to address these concerns.

"Australia understandably wants clarity about the allocations within the E3," Ireland's special envoy to the US, John Deasy, told the newspaper.

"The Bill is being re-drafted to make it absolutely crystal clear that their visa uptake will never be impacted.

"We are only discussing the remainder of the visas not used by Australia.

"Hopefully this can be resolved very quickly."

The bill, introduced by Wisconsin Republican congressman Jim Sensenbrenner and Massachusetts Democrat Richard Neal, would require to unanimous consent of the Senate to pass.

“The United States was built on the hard work and determination of immigrants -many from Ireland – and the fruits of their labour has enabled this country to grow and prosper," Sensenbrenner said in 2015 when announcing his plans for the bill.

“I believe in the value and opportunity that comes with legal immigration, and I’m pleased to work on legislation that would make the process more efficient for one of our oldest allies, as well as add to the great legacy of cultural diversity celebrated in America.”