Kim Kardashian had some A-list help when it came to writing her Saturday Night Live opening monologue.

In PEOPLE's exclusive sneak peek at Thursday's episode of The Kardashians, Kim, 41, practices an early draft of her monologue with friend and comedian Amy Schumer.

"Hey guys, it's so exciting to be here hosting Saturday Night Live. I know, I'm surprised to see me, too," Kim begins. "When they asked, I was like 'You want me to host? Why? I haven't had a movie premiere in a really long time.' Actually, I've only had that one movie come out, and no one even told me it was premiering."

Kim then delivers the punch line: "It must have slipped my mom's mind."

The movie that Kim was referring to was her sex tape, which was filmed while Kim was dating rapper Ray J in 2003 and went public in 2007. The tape led to years of controversy for the reality star.

"Wait, what was the movie?" the comedian asks, to which Kim replies, "My sex tape." 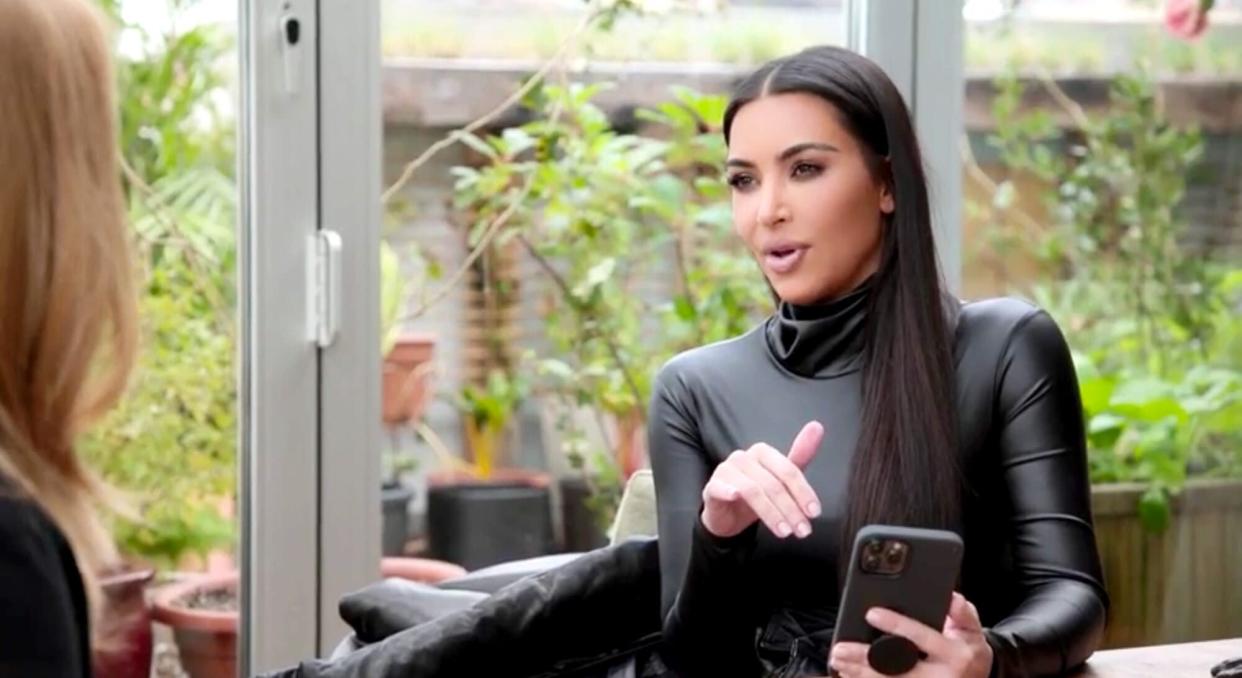 "The joke on the Internet was that my mom had to [of released it] — she's my manager, she had to broker it," she says.

As Kim was preparing for her SNL debut, she was also dealing with a threat of a second sex tape being released.

"And, there's a lot of, like, kind of sex tape drama happening now where people are saying that maybe there's a little bit more from 20 years ago," Kim tells Schumer of the joke's relevancy.

"Is there a part of you that's like 'Let's get that out because it's probably pretty hot?'" Schumer quips.

Kim hosted SNL in October, where she re-connected with her now-boyfriend Pete Davidson after having brief run-ins in the past. 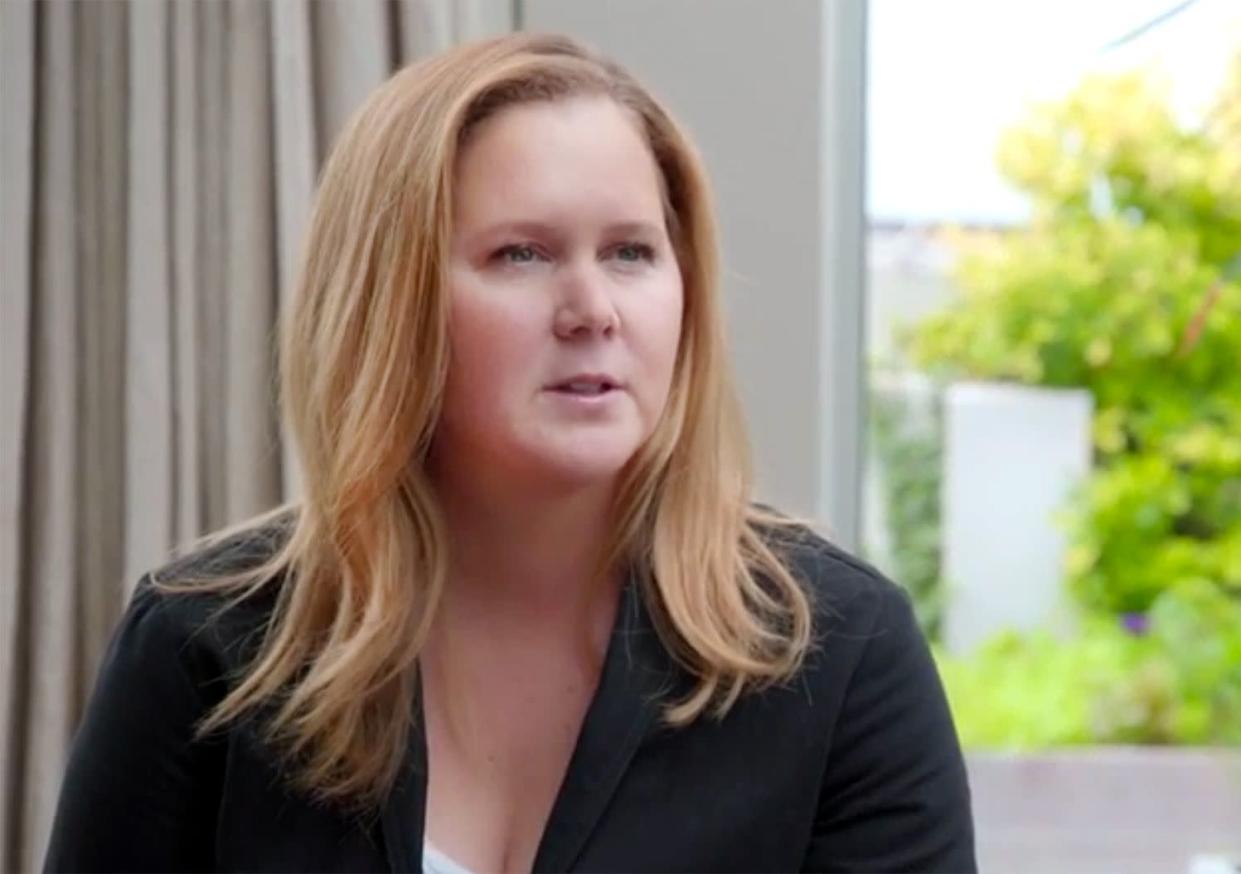 During the premiere episode of The Kardashians, Kim discovers an ad on her son Saint's iPad which was promoting additional footage from her sex tape with Ray J.

"This is supposed to be unreleased footage from my old sex tape," Kim explained. "The last thing that I want as a mom is for my past to be brought up 20 years later, especially when it's this big party and my whole family is here. This is some real embarrassing s— and I need to deal with it. I will deal with it. I just cannot believe this is happening right now."

"For 20 years, this has been held over my head of this mistake … or is it a mistake? It was my boyfriend of years," she said. "We go on a trip, we film a video. It's embarrassing for that to be out there but it's not the most scandalous thing and I'm not going to be made to feel that way. I'm just human."

RELATED: Kim Kardashian Stands By Her Monochromatic Home But Jokes, 'My Kids Probably Hate Me'

While on the phone with her ex Kanye West, Kim broke down in tears while discussing the potential new tape.

"Over my dead body is this s— going to happen to me again," she said to West. "I just want it gone. This is not going to f— with me."

Earlier this year, Kim denied the existence of a second tape after West publicly claimed he obtained a laptop with unreleased footage on it.

"After review, there was nothing sexual unseen, only footage on the plane on the way to Mexico and footage at a club and restaurant on the same trip," a rep for Kim told PEOPLE at the time. "Kim remains firm in her belief that there is no new second tape that exists. After 20 years, she truly wishes to move on from this chapter with focus instead on the positive things she continues to do as a mother, entrepreneur and advocate for justice reform."

New episodes of The Kardashians air Thursdays on Hulu.