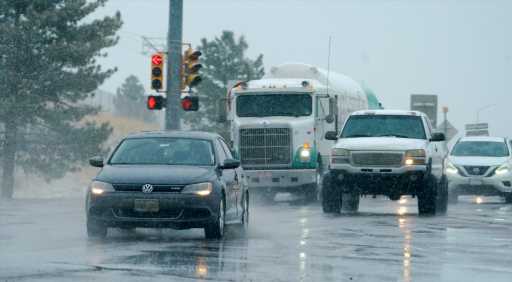 The National Weather Service warned of possible flooding in Denver and other parts of the metro area throughout Friday and Saturday.

A flash flood watch is in effect until 9 p.m. Saturday, according to the weather service’s forecast.

Showers and thunderstorms are likely throughout the night and into the morning. Some of the storms could produce heavy rain with wind gusts up to 17 miles per hour. The chance of precipitation is 70%. The temperature should dip to 64 degrees.

Showers and thunderstorms could produce heavy rain and wind gust as high as 18 miles per hour throughout the day Saturday. The high temperature is expected to reach 76 degrees, the forecast said.